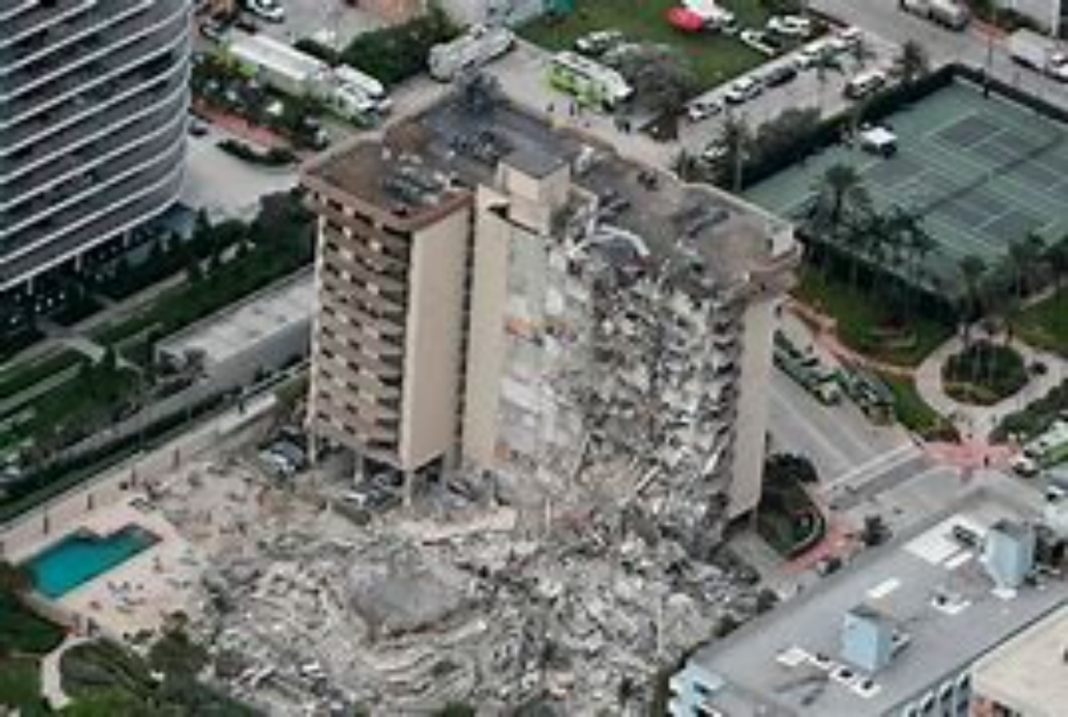 SURFSIDE, Fla. — The search and rescue mission at the collapsed Florida condominium has been suspended as a crew prepares for the demolition of the remainder of the building, a fire official said Saturday.

Miami-Dade Assistant Fire Chief Raide Jadallah told family members that rescuers stopped their search at about 4 p.m., when demolition crews began boring holes into the concrete of the still-standing portion of Champlain Towers South in Surfside.

The suspension prompted concern from one family member who called it “devastating” that work had to stop.

Jadallah said the work stoppage was a necessary safety measure because the drilling could cause the structure to collapse. If it does, he said, “It’s just going to collapse without warning.”

Demolition workers will bring down the remainder of a partially collapsed condo building in South Florida ahead of an approaching storm that has heightened concerns that the structure could crumble dangerously on its own, officials said Saturday.

With Tropical Storm Elsa looming in the Caribbean and forecast to move toward the state in the coming days, Florida Gov. Ron DeSantis said the building in Surfside is “tottering” and “structurally unsound” and demolishing it is the prudent thing to do.

“If the building is taken down, this will protect our search and rescue teams, because we don’t know when it could fall over,” DeSantis said at a news conference. “And, of course, with these gusts, potentially that would create a really severe hazard.”

The confirmed death toll from the collapsed 12-story Champlain Towers South, meanwhile, rose to 24 with the discovery of two more bodies in the rubble, Miami-Dade Mayor Daniella Levine Cava said. There were 124 people still unaccounted for.

Crews began preparing the site for explosives, but the building won’t come down until Monday at the earliest, a top Miami-Dade fire official, Raide Jadallah, told relatives of people missing in the rubble.

Concerns had already been mounting over the past week that the damaged structure was at risk of failure, endangering the crews below and complicating the search.

“The fear was that (Elsa) may take the building down for us and take it down in the wrong direction,” Surfside Mayor Charles Burkett said.

Elsa was downgraded Saturday from a Category 1 hurricane to a tropical storm with maximum sustained winds of 70 mph (110 kph) as it brushed past the island of Hispaniola, home to the Dominican Republic and Haiti.

The long-term forecast track showed it heading toward Florida as a tropical storm by Tuesday morning, though some models would carry it into the Gulf or up the Atlantic Coast. Weather officials warned that it could bring heavy rain and gusty winds to the Miami area.

“So we can’t let our guard down,” National Weather Service meteorologist Robert Molleda said. “You still need to be watching this very closely.”

The demolition could be a precarious operation as experts enter the building to bore into the structure and set explosives.

Concerns over its stability have curtailed the search in adjacent areas, and shifts detected by monitors early Thursday prompted a 15-hour suspension of the entire effort until engineers determined it was safe to resume.

Once it is demolished, the remnants will be removed immediately with the intent of giving rescuers access for the first time to parts of the garage area that are a focus of interest, Jadallah said. That could give a clearer picture of voids that may exist in the rubble and could possibly harbor survivors.

No one has been rescued alive since the first hours after the June 24 collapse.

The demolition would temporarily suspend the search, but officials hope not for long. Some families had asked to be able to return to the building to retrieve personal belongings, but they will not be allowed to do so.

“At the end of the day, that building is too unsafe to let people go back in,” DeSantis said. “I know there’s a lot of people who were able to get out, fortunately, who have things there. We’re very sensitive to that, but I don’t think there’s any way you can let somebody go up in that building given the shape that it’s in now.”

The governor also declared a state of emergency ahead of the storm’s arrival.