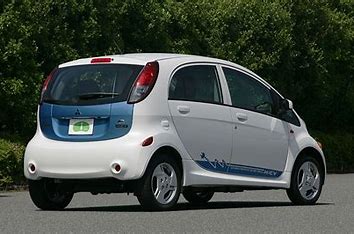 This time it’s a Florida family who purchased a used Ford electric car.

When the car suddenly stopped running, they took it to a mechanic and discovered they needed a new battery.

There was one very big problem…

The new battery cost $14K dollars, and they had only paid $11K dollars for the car, to begin with.

Fox News reported that Avery Siwinski is a 17-year-old whose parents spent $11,000 on a used Ford Focus Electric car, which is a 2014 model and had about 60,000 miles when it was bought, according to KVUE.

The teenager had the car for six months before it began giving her issues and the dashboard was flashing symbols.

“It was fine at first,” Siwinski said. “I loved it so much. It was small and quiet and cute. And all the sudden it stopped working.”

She told the news outlet that the car stopped running after taking it to a repair shop, and the family eventually found out that the car’s battery would need to be replaced.

The problem? A battery for the electric car costs $14,000, according to the news outlet.

Siwinski’s grandfather stepped in to help out with the car problems because her father passed away in June due to colon cancer.

But then the news got even more bizarre…

It turns out they couldn’t get the battery, no matter how much they offered to pay.

Wow, shouldn’t this fall under the “Lemon Law”?

If a dealership sells you that car, without telling you there is no battery, and you buy it, and the car dies a week later, you will have spent $11K for nothing… this is what happened to this family.

Russian Protesters Released From Custody Vow to Fight On