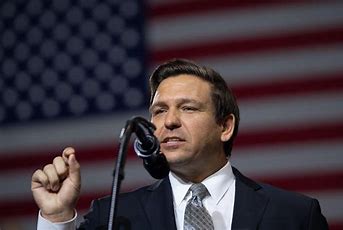 The legislation also restricts any age-inappropriate discussions of sexuality and gender identity throughout Florida schools and strengthens parental consent measures.

#DontSayGay bill passes the Florida House, but not without some Republicans voting NO with us. See the final vote below for the bipartisan opposition 👇 pic.twitter.com/7Cj5lNMNOq

If passed, the bill would block school districts from creating rules that discourage employees from notifying or involving parents in decisions affecting the mental, emotional and physical health of their children, except in cases of possible child abuse or neglect.

School districts would be required to notify parents of any healthcare services offered at their schools and provide an option to withhold consent to any services. Schools would also need parental consent before giving students kindergarten to third grade health screenings or well-being questionnaires

The bill still needs to be passed by the state Senate and signed by Gov. Ron DeSantis, who has been supportive, Reuters reported.

Opponents of the legislation have called it the “Don’t Say Gay” bill, a phrase that was quickly parroted by numerous news outlets.

The measure comes after reports of a 12-year-old girl in Florida attempting suicide after her school attempted to “transition” her to a male identity without notifying her parents. The phenomenon of teachers and school employees secretly “transitioning” children without notifying parents inspired a public-interest law firm to initiate a massive lawsuit in December.