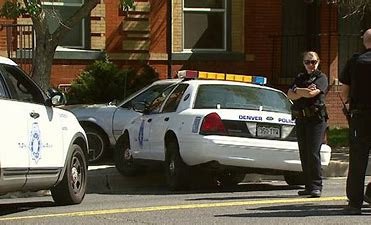 A Florida man said he was forced to gun down an armed robber who tried to take his jewelry.

Police officers arrived at the scene in the vicinity of Northwest 71st Street and Sixth Court in Miami in the early hours of Monday to find a man who was unresponsive with a gunshot wound, WSVN reported. He was pronounced dead at the scene by Miami Fire Rescue, the station reported.

Donovan Stewart told CBS Miami that he had shot and killed the unidentified man after he broke into his van in a bid to rob him.

Stewart said he had been sleeping when the man knocked on the door of the vehicle and then became violent as soon as he opened the door, according to WSVN.

The 60-year-old said he had to act fast because he was concerned about his 11-year-old son and his girlfriend who were also in the van with him.

Stewart, who said he is a member of the NRA with a state firearms license as well as a concealed weapons permit, told CBS Miami: “I am going to defend my life and those I love. My family is innocent and just don’t put an AK-47 in my face. I will not allow that to happen.”

He added: “I am from Kingstontown in Jamaica and I am not going to go out like a punk. So I emptied my Glock in his chest.”

Stewart added to WSVN: “He come to kill, he come for blood. And guess what he after? My jewelry.”

Miami Police officer Mike Vega said the incident appears to self-defense, but said an investigation into the shooting is ongoing, CBS Miami reported. He urged anyone with information to call Miami Police.

Authorities have taken Stewart’s gun and van in a bid to investigate what happened, WSVN reported.

According to CBS Miami, the man who was killed had allegedly robbed a woman at gunpoint before his encounter with Stewart. Delilah Gaitor said she was “devastated” after the man had approached her at 6 a.m. on Saturday and taken off with her iPhone, her 2018 Volkswagen and $600 in cash.

“He had a gun and forced me to open my door,” she told the station. “He told me to open, so I gave him my cash right away. I feel very relieved now.”