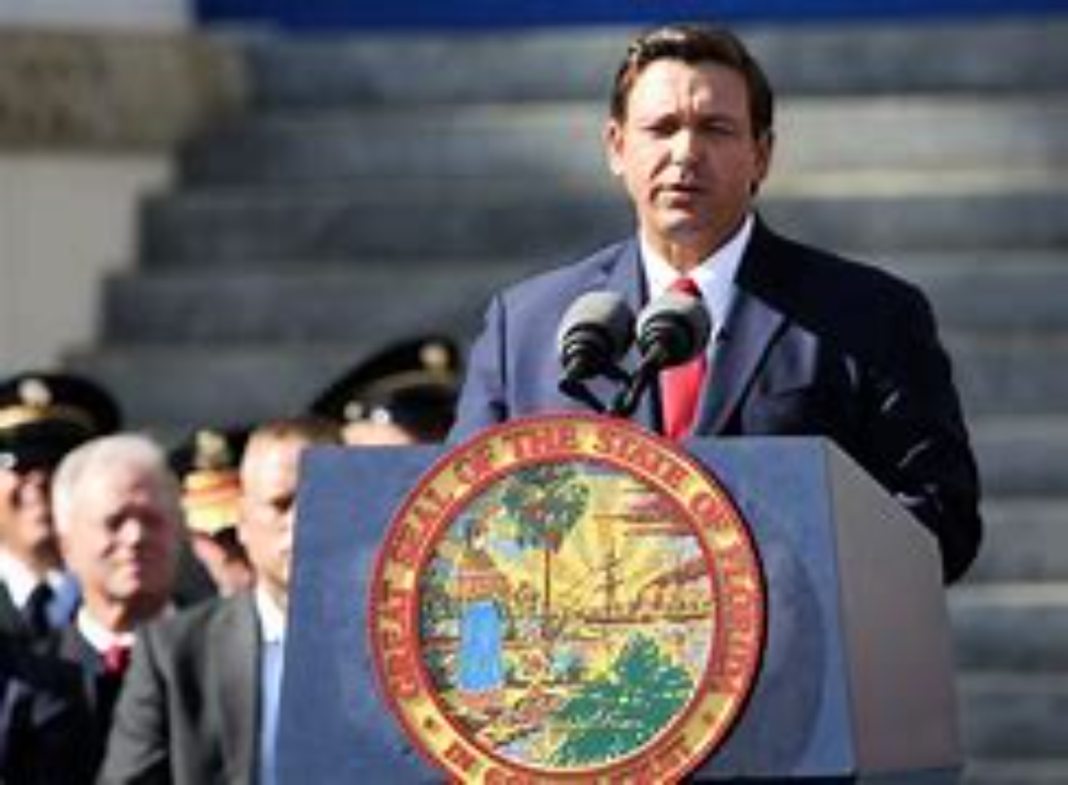 Only if Gavin Newsom and Kathy Hochul have ‘personal militias’ in California and New York. This report from CNN resulted in a momentary outburst of hysteria on Twitter, largely because CNN’s Steve Contorno framed it so dishonestly. Here’s the headline and the lead:

Florida Gov. Ron DeSantis wants to reestablish a World War II-era civilian military force that he, not the Pentagon, would control.

In fact, one has to read down three more paragraphs before discovering that this is, in fact, not at all unusual. Almost half of all states, including deep-blue California and New York, have state guards that operate outside of federal control:

States have the power to create defense forces separate from the national guard, though not all of them use it. If Florida moves ahead with DeSantis’ plan to reestablish the civilian force, it would become the 23rd active state guard in the country, DeSantis’ office said in a press release, joining California, Texas and New York. These guards are little-known auxiliary forces with origins dating back to the advent of state militias in the 18th century. While states and the Department of Defense share control of the National Guard, state guards are solely in the power of a governor.

And yet, even though (a) this is a fairly normal structure and (b) Florida law allows for it, Contorno then continues to promote a nonsensical spin that it’s the beginning of some sort of insurrection against the federal government. It looks much more like DeSantis wants to protect Florida against a drain in the state’s National Guard contingent resulting from the Pentagon’s vaccine mandate:

The proposal from DeSantis comes on the heels of Defense Secretary Lloyd Austin’s directive warning that National Guard members who refuse to get vaccinated against the coronavirus will have their pay withheld and barred from training. Oklahoma Gov. Kevin Stitt, a Republican, had requested an exemption for guard members in his state, which Austin denied.

Given the impact that the vaccine mandate will likely have on readiness in a state with its fair share of natural disasters, DeSantis might be wise to consider an alternative response force. If people leave the National Guard (or get kicked out), they can then enlist in the FSG and perform essentially the same tasks as before. The time to do that is now too, because it will allow the new FSG to get already-trained personnel in the ranks from that kind of exodus.

One can criticize this move as unnecessarily redundant to the National Guard or too costly, of course. Instead of seeking out those kinds of policy criticisms, Contorno instead promotes the idea that DeSantis wants to become another Fidel Castro:

Democrats in Florida immediately expressed alarm at DeSantis’ announcement. US Rep. Charlie Crist, who is running as a Democrat to challenge the governor in 2022, tweeted, “No Governor should have his own handpicked secret police.”

State Sen. Annette Taddeo, another gubernatorial candidate, wrote on Twitter that DeSantis was a “wannabe dictator trying to make his move for his own vigilante militia like we’ve seen in Cuba.”

In the apple-banana balance CNN loves to claim expertise in applying, Taddeo’s claim lands somewhere between plantains and coconuts. And yet CNN seems to have no problem at all treating this claim as anything but legitimate while hyping DeSantis’ move as some sort of novel extension of his personal authority. Why? YMMV, but it suuuuuure looks like another piece of mainstream media’s attempt to build up a “DeSantis is an extremist” narrative ahead of the 2024 presidential cycle.

Are these a threat to democracy? pic.twitter.com/SvtthBZjTN

Perhaps everyone should skip the apple and just consider CNN bananas, too.

How St. Petersburg Is Mapping the Eurasian Century