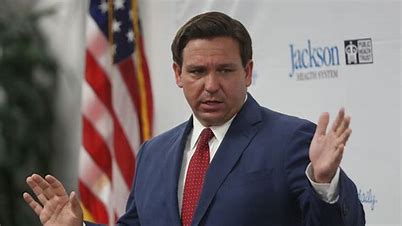 The path toward commonsense federal immigration solutions seems to be continuing the cyclical and frustrating pattern of two steps forward, one step back. As soon as a measure is introduced—be it visa recapture, reducing the H-1B backlog, or a long overdue solution for Dreamers and TPS holders—it gets clawed back. In the absence of meaningful action in Congress, there is plenty of movement at the state level. Sometimes this movement is for the better; but often for the worse.

In one of the most egregious cases of the latter, the Florida legislature passed Senate Bill 1808 on March 9. The bill expands upon Senate Bill 168, a controversial anti-sanctuary cities bill passed three years ago.  The new bill would force law enforcement agencies that operate county detention centers to sign “287(g)” agreements with U.S. Immigration and Customs Enforcement (ICE). It would also punish transportation companies that transport migrant children to shelters in the state, among other provisions.

SB 1808 faced strong opposition from a wide variety of groups. Law enforcement, the business community, civil liberties groups, as well as Catholic leadership and others in the faith community have all spoken out against it.

State action on immigration goes beyond trying to tackle federal enforcement on their own. During an international refugee crisis, legislators in Tennessee have introduced bills that would make it even more difficult to welcome those escaping war and persecution. One bill would place an unnecessary burden on the state, requiring reporting on refugees accessing services for which they are eligible. Another would withhold state funding from public schools based on students’ immigration status.

But other states are taking the opposite approach. They are responding to inaction at the federal level by working to ensure every resident is welcome and can thrive. So far this year:

Many states have also recognized the value of being responsive and accessible to all people who call them home. The number of states with an office dedicated to immigrant and refugee social and economic inclusion has increased dramatically, more than doubling since 2019.

Until Congress takes meaningful action to modernize our outdated immigration system and recognize the myriad contributions of our vibrant immigrant and refugee communities, states will continue to do what they’ve done for more than a decade: move forward where they can, with or without Washington.

Antifa and BLM terrorists have been arrested and are now facing...