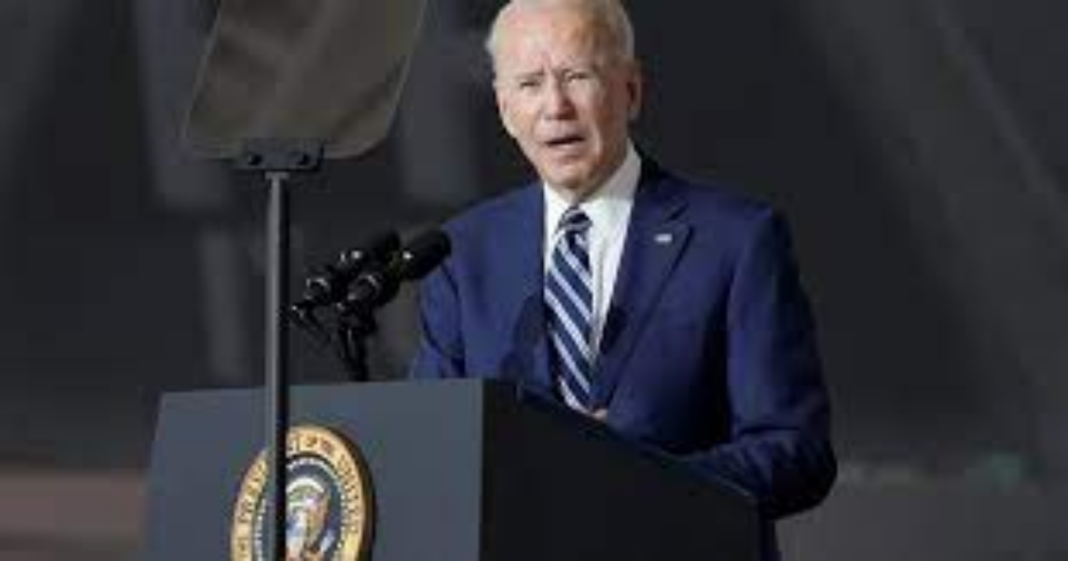 President Biden visited the Delaware Memorial Bridge in New Castle Sunday where he spoke in observance of Memorial Day. The annual memorial service, hosted by the Delaware Commission of Veterans Affairs, is frequently attended by Biden.

Memorial Day, observed on the last Monday of May, commemorates people who died in U.S. military service.

When he spoke Sunday, Biden talked about his son, Beau, who served in the Delaware Army National Guard. His unit was activated and he deployed to Iraq in October 2008. Beau Biden died exactly six years ago Sunday of brain cancer.

“A lot of time passes, but you all know, better than I do or as well as I do, that the moment that we celebrate it is the toughest day of the year. We’re honored, but it’s a tough day that brings back everything,” President Biden said. “That’s why I can’t thank you enough for your continued service to the country and your sons, your daughters, they live on in your hearts and in their children as well. And we have to carry on without them, but I know how hard it is for you.”

Biden said the founding ideals of the U.S. are worth fighting and dying for.

“We may have many obligations to the nation, but we only have one truly sacred obligation and that’s to equip those that we send into harm’s way with all they need and care for them and their families when they return home, and when they don’t,” Biden said. “And all of us who remain have a duty to renew our commitment to the fundamental values to our nation in their honor, the values that have inspired generation after generation to service and that so many have died to defend.”

Memorial Day officially became a federal holiday in 1971, but its roots go back to the Civil War.

In the late 1860s, Americans began a springtime tradition of honoring the dead by decorating gravestones with flowers and reciting prayers, originally known as Decoration Day.

Biden said during his speech that he carries a card with him every day, and on it, the number of American service members killed in the wars in Iraq and Afghanistan. He said he started doing this when he served as vice president under Barack Obama. Today, it reads 7,036. “It’s not an approximation,” Biden said.

There are currently 155 national cemeteries in 42 states and Puerto Rico operated and maintained by the Department of Veterans Affairs’ National Cemetery Administration. This doesn’t include state-run veterans cemeteries. The men and women buried at these sacred sites are the backbone of the United States, Biden said.

“Those names on that wall and every other wall and tombstone in America of veterans is the reason we are able to stand here. We can’t kid ourselves about that,” he said. “So, I hope that the nation comes together. We are not Democrats or Republicans today; we are Americans. It’s time to remind everyone who we are.”