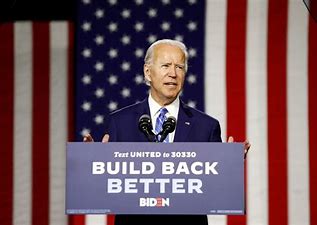 Left-leaning journalist and former Democratic California gubernatorial candidate Michael Shellenberger blasted the administration over the weekend for “lying” to the American people about energy policy.

Shellenberger argued in a video posted to his YouTube channel Sunday night that recent claims about the domestic energy sector from Biden administration officials have been factually inaccurate and, perhaps, deliberately misleading. Specifically, he took issue with statements that lackluster investment in domestic oil production and refinement capacity have been the result of corporate greed rather than the administration’s policies.

Biden campaigned on political moderation & peace but has delivered policy extremism & a war on energy. He’s playing a dangerous game, particularly given his administration’s demand that Big Tech censor critics of renewables & his own lies about energy.https://t.co/NpDgw9NrrX

Shellenberger argued that as oil prices continue to climb, Biden is deceptively pointing the finger at oil companies for price increases. He noted that in a June 15 letter to oil executives President Biden accused them of deliberately restricting refining capacity for profit.

In the letter Biden told refineries that they “have an opportunity to take immediate actions to increase the supply of gasoline, diesel, and other refined product you are producing and supplying to the United States market.” But, Shellenberger pointed out, American refineries are operating at 94% capacity, exceedingly high when compared to Chinese competitors, for example, that are at just 64%.

This, Shellenberger claimed, suggests that the problem is not corporate greed to take advantage of artificially high profit margins on refinement, but rather insufficient infrastructure to refine crude oil.

When considering the related issue of how to expand domestic oil production in the wake of the supply shock emanating from Russia’s invasion of Ukraine, Biden claimed that “this idea that they [American oil companies] don’t have oil to drill, is simply not true.” But Shellenberger pointed out that the administration has killed numerous recent proposals to open up more oil to be refined.

In May, the administration nixed a proposal for new drilling in Alaska, with the Interior Department claiming that there “wasn’t oil industry interest in the area.” But Alaska Senator Lisa Murkowski disputes this, claiming that she’s spoken with a number of executives that have indeed expressed interest.

Shellenberg also cited Brian Deese, Biden’s director of the National Economic Council, who recently noted that 94% of oil executives say it is something other than “government regulations” that is keeping them from investing in new drilling infrastructure. What Deese omits, however, is that the executive branch impacts national drilling capacity in more ways than just regulation, Shellenberger said.

Shellenberger argued that by constantly signaling a general antagonism to fossil fuels and a desire to phase them out sooner rather than later, Biden has diminished confidence in the expected returns in new investments, and Shellenberger pointed out that this lack of investor confidence was the top response that executives gave for why they were not building new refinement and drilling infrastructure.

The White House did not immediately respond to a request for comment.