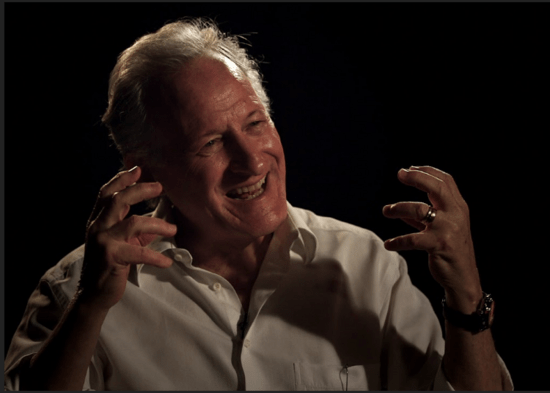 More than eight years ago, noted Penn State climate scientist Michael Mann threatened to sue two right-wing bloggers and their publishers for defamation. Both the anti-regulation think tank Competitive Enterprise Institute (CEI) and the National Review magazine defended attacks on Mann’s scientific conclusions and compared him to Jerry Sandusky, the Penn State assistant football coach convicted of child sexual abuse. Both CEI and the magazine dared Mann to take them to court so that, in the words of National Review editor Rich Lowry, they could hire a “dedicated reporter to comb through” the material and expose Mann’s “methods and maneuverings to the world.” The lawsuit was initiated. And now, fed up with the delay, on Jan. 22 Mann filed a motion for the Superior Court of the District of Columbia to rule that the two organizations have failed to provide evidence disproving his scientific findings. Mann’s attorneys, on the other hand, have produced more than 1 million documents in the defamation suit. This includes all the background material for his 1998-1999 papers showing temperature rise in what has come to be called the “Hockey Stick” graph. The defamation case could fail in court based on claims that what they published, even if false, is protected free speech. But whether that happens or not, Mann wants the validity of the science confirmed by the court. “For years, the defendants have been boasting that they wanted to get us into court so they could question us under oath. For years they have been boasting that the documents they would subpoena from us would prove that the hockey stick research was improperly manipulated,” Mann told Marianne Lavelle at Inside Climate News through his attorneys. “They came up with nothing. And they came up with nothing because their statements were absolutely baseless, to the extent that even their own witnesses had to acknowledge that there was no fraud, no deception, no corruption, no misconduct.”

Rep. Mike Thompson of California reintroduced the Growing Renewable Energy and Efficiency Now (GREEN) Act on Friday. The act would extend solar and wind energy tax credits for five years, expand incentives for electric vehicles and energy efficiency, and add new credits for energy storage that would last until 2028. Environment America’s Renewable Energy Advocate Ben Sonnega said in a statement: “Clean energy tax credits are an important tool for helping America transition to 100 percent renewable energy. Think of them like a power drill in the process of building a comprehensive renewable energy future. They’re reliable, their application is wide-reaching and they’re absolutely necessary if we are going to change the way we approach energy consumption.”

According to a new study by researchers at Harvard and three British universities, 8.7 million people died because of burning fossil fuels in 2018. That’s double the World Health Organization’s 2017 estimate of deaths caused by air pollution. And it is one of every five people who died worldwide. “There’s a perception in the United States that we have this under control, but that’s a mistake,” Joel Schwartz, a Harvard professor and one of the study’s authors, told the Boston Globe. The annual U.S. death toll from fossil fuel-caused air pollution? 350,000. Eloise Marais, a geographer at University College London and a study co-author, told The Guardian, “We were initially very hesitant when we obtained the results because they are astounding, but we are discovering more and more about the impact of this pollution. It’s pervasive.”

MOST AMERICANS SEE THE CLIMATE CRISIS AS AN ENVIRONMENTAL JUSTICE ISSUE

While the majority (84%) of Americans agree that climate change harms some people more than others, identifying impacted groups who bear the burden indicates that some have not yet made the connection. Most Americans (75%) accurately recognize that young people and future generations experience disproportionate harm and 67% understand that low income, rural, and labor communities do as well. A look at political affiliation shows differences in understanding or recognition of climate change harms. 66% of Republicans said they do not believe climate change disproportionately harms any of these groups, roughly 30 percentage points more than Democrats (35%) and Independents (36%).

The study, published in the Proceedings of the National Academy of Sciences Monday, shows that pollen seasons start 20 days earlier, are 10 days longer, and spread 21% more pollen than they did in 1990. The research is summed up by the authors in their abstract:

STUDY: TO MEET PARIS climate GOALS, EMISSION CUTS WILL HAVE TO be 80% more ambitious

Four years ago, a study found that even if every nation the signed the Paris Agreement in 2015, the Earth only has a 5% chance of staying below 2 degrees Celsius (3.6 degrees Fahrenheit) by 2100. A new study reiterates that pledged emissions reductions give us only that 5% chance. But if reductions were around 80% more ambitious—averaging a 1.8% rather than a 1% annual drop—it would be enough to meet the climate agreement’s stated goal, according to the analysis published Tuesday in the open-access journal Communications Earth & Environment. “A number of people have been saying, particularly in the past few years, that the emissions targets need to be more ambitious,” said lead author Adrian Raftery, a University of Washington professor of statistics. “We went beyond that to ask in a more precise way: How much more ambitious do they need to be?” Niklas Höhne, a German climatologist and founding partner of NewClimate Institute, told Brady Dennis in a Washington Post interview, “Time is running out. The longer we wait, the more difficult it will be to turn emissions downward.”