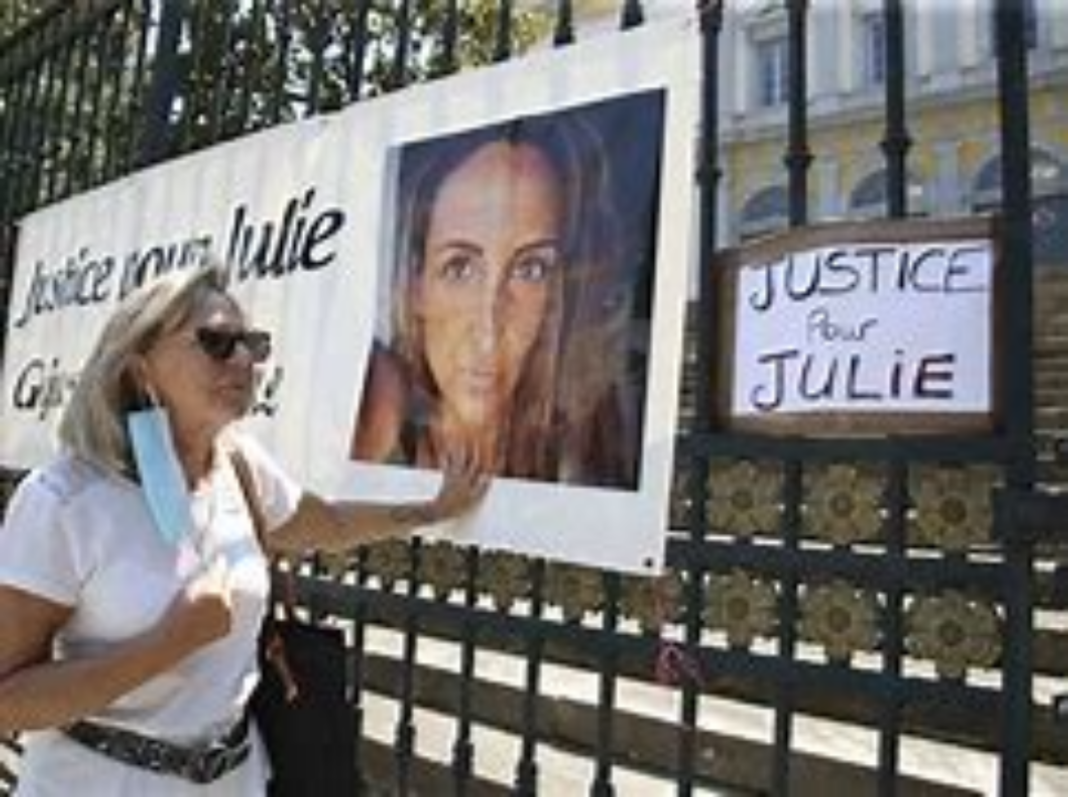 A man who murdered the mother of his two children on the island of Corsica in March 2019 was sentenced to life in prison on Wednesday, in a case that caused an outcry over domestic killings of women in France.

Julie Douib was shot dead at point blank range by her former partner of 14 years, Bruno Garcia-Cruciani, a few days after learning that prosecutors had closed a case she took for threatening behaviour, harassment and assault.

The widespread outrage over her killing became a rallying call for the fight against femicide in France.

A court in the city of Bastia on Wednesday rejected 44-year-old Garcia-Cruciani’s claim that Douib’s death was accidental, ruling that he acted with premeditation.

It sentenced him to life in prison with no possibility of parole for 22 years and also stripped him of parental authority over the couple’s two boys, now aged 11 and 13.

He was also banned from possessing a weapon for 15 years.

Douib, who was 34 at the time of her death, was one of 146 people killed by a current or former partner in France in 2019. She was in a new relationship at the time.

Her killing outraged campaigners against gender violence, who accused the state of failing to protect her.

The investigation revealed that before Garcia-Cruciani had googled murder sentences and how to “go and live in Thailand” before going to Douib’s home and shooting her.

Garcia-Cruciani’s lawyer Camille Radot had appealed to the court not to make an example of his client to appease public anger over domestic violence, saying he was “not a monster”.

In the aftermath of Douib’s death, French lawmakers introduced the use of electronic tracking bracelets for domestic violence offenders that alert women as well as police if known abusers approach their victims.

President Emmanuel Macron’s government also pledged to boost training for police on how to handle domestic violence cases and to create 1,000 new places in emergency shelters for victims.

In 2020, the number of women killed by a current or former partner in France fell to 90.

Not Even CNN Could Spin Biden’s Latest Poll Numbers As Anything...

Cori Bush: Independence Day is a celebration of freedom for “white...