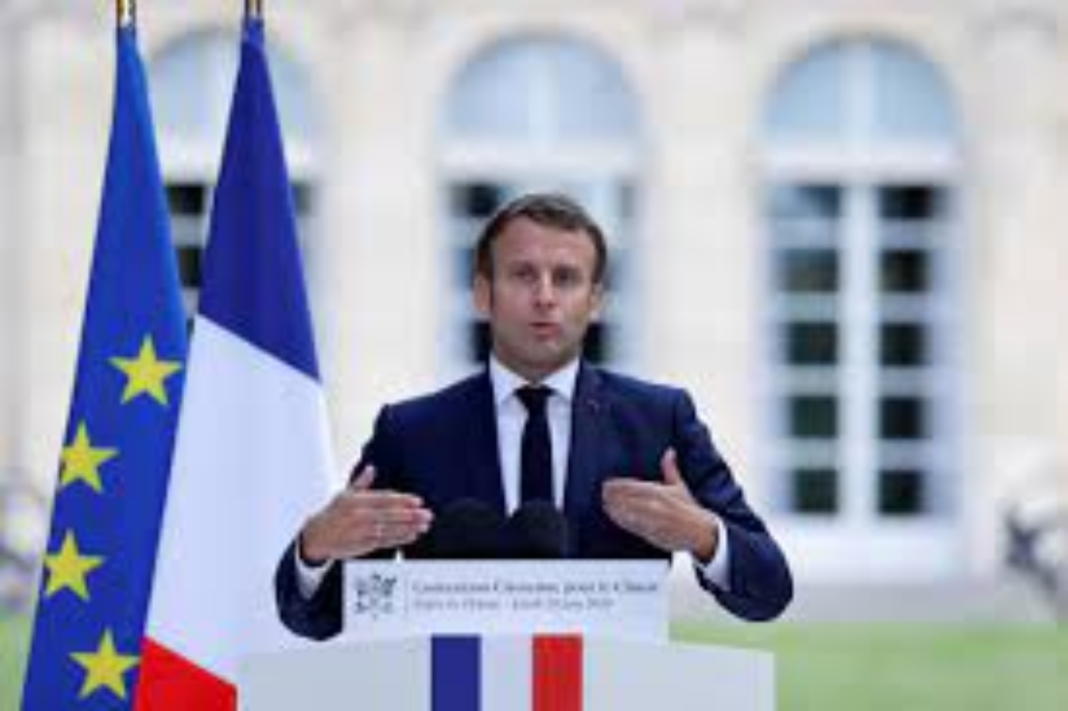 Less than a year before France’s next presidential elections, President Emmanuel Macron seems to be pushing for a softening of the eurozone’s budget rules to gain voter support. But some economists throw their hands up in despair.

The idea was brought back on the table through a recent scientific note by the Paris-based think tank Council of Economic Analysis.

According to the current rules, eurozone countries need to limit public debt to 60% of their gross domestic product (GDP) and their public deficit to 3% of their GDP.

The paper’s three authors pledge for losing the 3% rule altogether while watering down the 60% threshold. The more a country can raise taxes and bring down public spending in the short term to respond to sudden crises, the higher their allotted allowance of public debt in terms of percentage of the GDPshould be, they argue.

‘Reality has changed since the 90s’

One of the writers is Jean Pisani-Ferry, a professor of economic policy at Paris-based Sciences Po and Berlin-based Hertie School.

“We don’t want to abolish the eurozone’s budget discipline altogether — it’s still needed to prevent massive bankruptcies and bailouts,” he explained to DW.

“But we should adapt the rules to today’s reality which is different to how it was in the 1990s when the rules were set up,” he added.

The economist then pointed to the interest rates of France’s 10-year government bonds, which have gone down from 8% to hardly more than zero percent over the past 30 years. “That means it costs the government almost nothing to be indebted — and we think it’ll stay that way,” he said.

Pisani-Ferry and his co-authors also believe in a natural level of public debt, which according to them is the “basis of a sustainable financial system.”

“There is a constant worldwide demand for government bonds from the eurozone, which means our governments need to be in debt.”

‘Changing the rules would be like opening Pandora’s box’

But these words have Marc Touati despairing. The economist, known to be a free marketeer, is the head of the Paris-based financial consulting firm Aux Commandes De l’Economie et de la Finance (ACDEFI).

“If we changed the budget rules now, we would open Pandora’s box,” he told DW. “After all, we need to be financially credible so as to be able to keep on borrowing money at good conditions – especially as we are the eurozone’s worst student and almost a quarter of the Eurozone’s government bonds in the market are from France.”

The country’s public debt stands at almost 120% of GDP.

“The cost of that debt, i.e. its interest rate, is currently quite low, as the European Central Bank (ECB) has been flooding the market with billions of euros through its quantitative easing program since 2015 — and the more money there is on the market, the cheaper the borrowing rate,” he explained.

But Touati thinks it won’t stay like that – and that governments should therefore refrain from accumulating endless debt.

“The ECB will stop printing money after the crisis and that will push up interest rates,” he underlined.

“Interest rates have never stayed very low for long in economic history — why should it be different this time around?” he told DW.

He added that he didn’t believe in a natural level of public debt. “The French seem to think that they can just keep on spending money without thinking — it’s as if they didn’t know that money also needs to be brought in,” he opined.

For him, this stems from French history: “Since the times of Napoleon Bonaparte, we are relying on a strong state that keeps expanding public services,” he said.

But that’s without taking into account Germany, known to push for austerity. “They won’t allow for our public debt not to be paid back as that would effectively mean we go bankrupt and have devastating consequences for the eurozone,” Crevel added.

A matter of politics

President Macron has nevertheless been pushing for change. Back in 2019, he told UK magazine The Economist that the Maastricht rules “stemmed from the past.” He underlined that Europe needed to spend and invest more.

Bruno Cautres, a political scientist at Paris-based University Sciences Po’s Centre for Political Research, is not surprised the idea is reemerging now.

“Macron aims to be perceived as a pro-European — but one who will bring change to the EU,” he explained to DW.

“Especially voters from the center-left have always been criticizing these guidelines, as they felt the rules were limiting France’s capacity to spend money and implement redistributive politics,” he said.

Cautres believes the topic will play a major role in the upcoming election campaign: “Macron is hoping to boost voter support on the left even though for now, most of his supporters are right-wing.”

France unlikely to spend even more

But Pisani-Ferry said the timing of the publication was linked to the COVID-19 crisis. “It’s the right time to get this debate going as many countries have accumulated huge amounts of debt during the pandemic; increasing the debt thresholds therefore seems the right thing to do,” he said. The economist added that Macron could push for new rules during the French EU Council Presidency in the first half of 2022.

Still, even Pisani-Ferry admits that in any case, France is unlikely to be allowed to keep its public debt at the current level.

Bill Cosby: Howard University should honor the “Freedom of Speech” of...