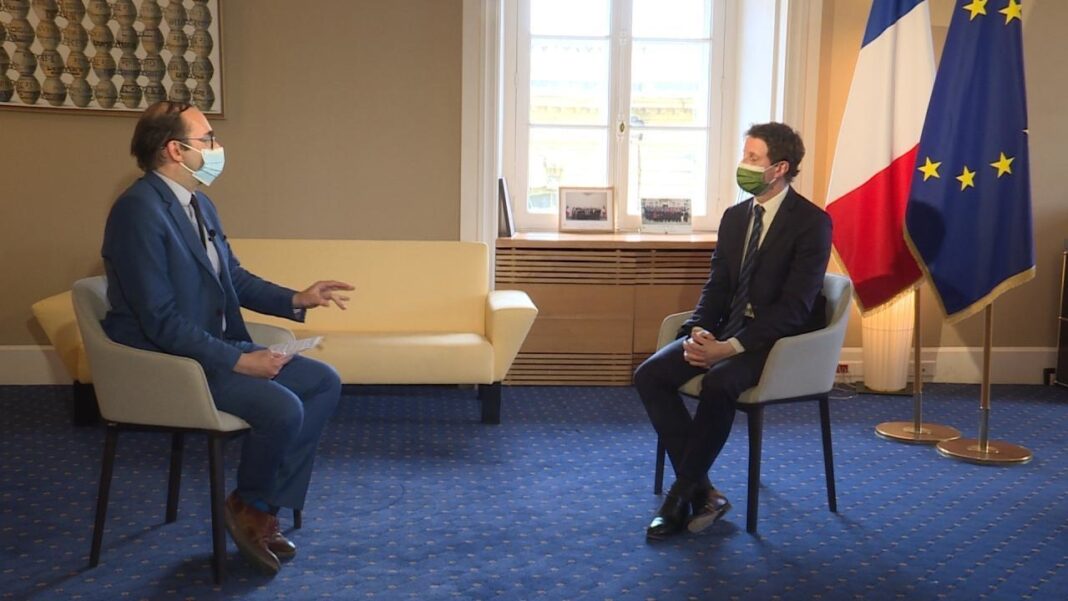 Talking Europe speaks to Clément Beaune, a close confidant of French President Emmanuel Macron. The French Secretary of State for European Affairs says the EU-wide recovery plan agreed last year should be implemented faster and he does not rule out that more stimulus might be needed. Beaune also takes stock of the EU vaccine rollout, digital certificates for travel this summer and the meaning of Europe Day on May 9, some 71 years after the Schuman Declaration began the process of European integration.

Asked about the EU’s vaccine rollout, Beaune admitted a slow start but said things are speeding up: “The EU started slower than some other countries, but we are accelerating very fast. We are approaching the moment around June where a large majority of the adult population will be fully vaccinated. We will increase the pace. If we had done things differently in terms of European solidarity, or international solidarity, I think the situation in each of our countries would be much more difficult now.”

The French junior minister also gave details about the EU digital green certificate: “We’re developing a common European certificate – the green certificate – which will be the same system, the same code in your smartphone, at the beginning of the summer, to prove that you are either vaccinated or that you have tested negative. The idea is to avoid restrictive measures as we have now, such as quarantine.”

However, he admitted that the EU opening up travel to non-EU travellers would be a longer process: “As for non-EU countries, it’s too early to say to what extent and in what timing we will be able to open more. But probably during the summer we will have a list of countries recognised by the EU, and we will probably be able to open up a bit more to those countries.”

‘We have to accelerate the recovery phase’

Asked about implementing the long-awaited EU economic stimulus plan, Beaune said: “We have to accelerate the recovery phase. We have to strengthen our economies in the digital transition and in the green transition, after the crisis. We have to make the recovery quicker and bigger. First we need to fully implement the recovery plan, and then we will see in the coming months if we need to do more at the European level or at the national level – or both.”

Asked about the differences between national recovery plans and EU stimulus, he explained: “If you look at the level of emergency support provided by the different national governments, the actual money spent is quite similar across the big eurozone economies. As for the EU recovery plan, there are differences; Italy receives more money than Germany because Italy has been more affected by the crisis. So there is an element of solidarity in this plan, which is very important.”

Finally, on the topic of Europe Day, which is marked every year on May 9, he paid tribute to the founding fathers of Europe: “Seventy-one years ago, a small number of people were crazy enough, visionary enough, to say that we should reconcile and build a project together. Let’s not forget that in this difficult time, because it was far more difficult back then. The crisis today shows there are some shortcomings in European action, in health for instance. We have to draw lessons from this and become more autonomous in producing vaccines and basic medical products like face masks and paracetamol.”

Second Matt Gaetz Aide Bails As The Feds Close In