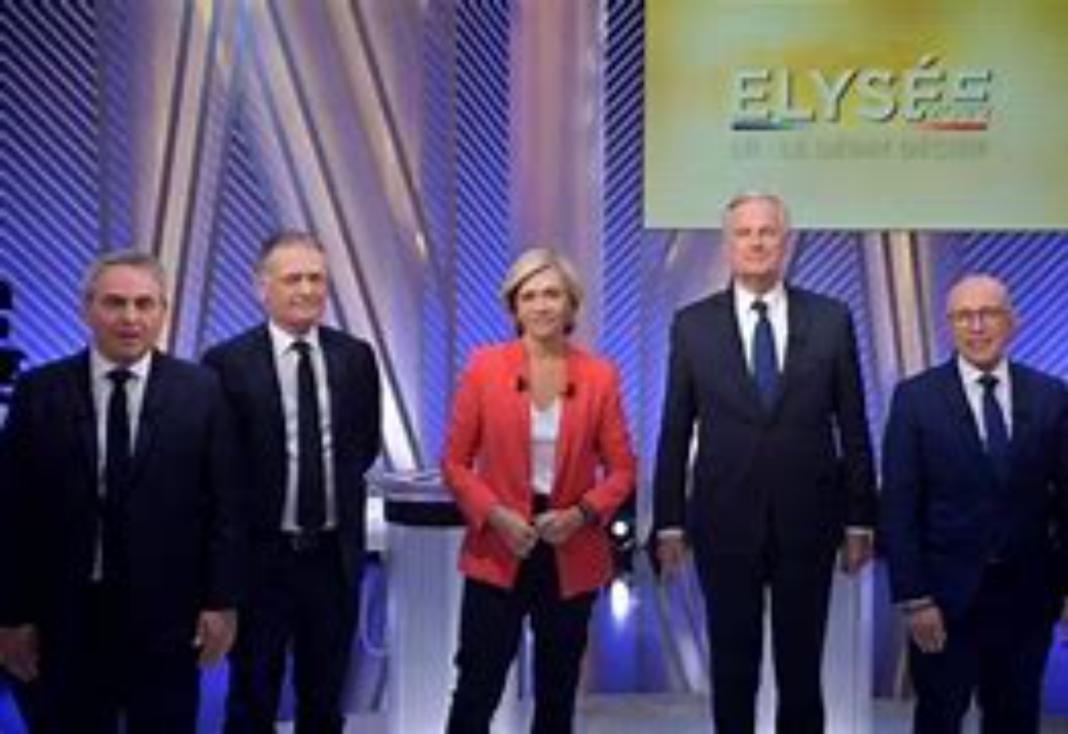 Members of France’s main right-wing Republicans party began voting on Wednesday to choose their candidate for next year’s election, with the contest seen as wide open after a campaign focused on immigration and security.

Polls currently indicate former health minister Xavier Bertrand as the best-placed candidate to unseat President Emmanuel Macron, but the moderate 56-year-old upset many grassroots activists by quitting the party in 2017.

Other contenders include former EU Brexit negotiator Michel Barnier, head of the Paris region Valerie Pecresse—the only woman in the race—as well as mayor and doctor Philippe Juvin.

Hard-right southern MP Eric Ciotti has stood out in four televised debates over the last few weeks with his hardline stance on immigration, proposals for a French “Guantanamo” prison for Islamist terror suspects, and a flat tax of 15 percent on businesses.

He is closest in views to far-right TV pundit and author Eric Zemmour, who officially launched his bid for the presidency on Tuesday, seeking to outflank veteran far-right leader Marine Le Pen with his anti-Islam and anti-immigration views.

The roughly 150,000 members of the Republicans party, which traces its roots back to French war hero Charles de Gaulle, are casting their ballots electronically, with the results of the first round of voting set to be announced on Thursday afternoon.

The top two placed candidates will proceed to a run-off contest, with the winner to be declared on Saturday.

With no polling among the party members, the race is seen as wide open.

The right-wing Figaro newspaper said the Republicans needed to offer an alternative to Zemmour’s “mix of audacity and brutality” which had pushed the issue of immigration to the forefront.

“For the right, the challenge is historic: respond with firmness, serenity, consistency, experience and courage—which it has sorely lacked—to this existential worry,” the paper said in a front-page editorial.

A final prime-time debate between the contenders took place on France 2 television on Tuesday night, with each of them asked to comment on Zemmour’s candidacy, which polls show appeals to a significant number of conservative Republicans.

“Eric Zemmour is not my kind of right-winger,” said Bertrand, the boss of the northeastern Hauts-de-France region.

Pecresse, the head of the Ile-de-France region that includes Paris, also sought to rebuff Zemmour, saying she was a “woman of solutions” against a “man of provocations”.

Ciotti was the only contender in the debate not to dismiss Zemmour’s darkly pessimistic election campaign video which linked immigration to crime and Islamism, saying it contained “ideas shared by many French”.

The Republicans have been out of power at the national level since 2012 when former president Nicolas Sarkozy lost his bid for a second term, but they retain control of many regional assemblies and are the biggest opposition bloc in parliament.

Their candidate for the last presidential election in 2017, ex-prime minister Francois Fillon, started out as the favourite but saw his campaign derailed by sleaze allegations that included fraudulently employing his wife as a parliamentary assistant.

Macron’s centrist party, Republic on the Move, has siphoned away many moderate conservatives from the Republicans, as well as significant figures such as Economy Minister Bruno Le Maire and former prime minister Edouard Philippe.