Home International News France:Why does the catholic priests continue to get away with rape?

“The father took me to his tent and closed it,” said the victim.

This was just one experience of many shared in a recent report that revealed the scale of abuse within the French Catholic Church.

At least 216,000 children were abused by Catholic clerics in France since the 1950s, according to the Independent Commission on Sexual Abuse in the Catholic Church (CIASE).

The panel’s report is damning — but its 45 suggestions could help prevent and deal with sexual abuse in the future.

The document has around 2,500 pages — 200 of which are dedicated to witness accounts, who are quoted anonymously, detailing the sexual abuse. The accounts read like a succession of nightmares.

The damning report says there were more than 3,000 aggressors within the French Catholic Church

A succession of nightmares

The panel was mandated in 2018 by the French Catholic Church’s parent organizations: the Bishops’ Conference of France (CEF) and the Conference of Monks and Nuns of France, known as CORREF.

Olivier Leborgne, archbishop of Arras in northern France and CEF’s vice-president, told DW: “We had started to implement measures against sexual abuse from 2000 on, but we realized this wasn’t good enough.”

“The affair around Philippe Barbarin, the archbishop of Lyon, gave us the final impetus to mandate [the panel’s president] Jean-Marc Sauve to set up the investigative panel,” he said.

Barbarin had been accusedof covering up since 2016 several cases of sexual abuse on minors. 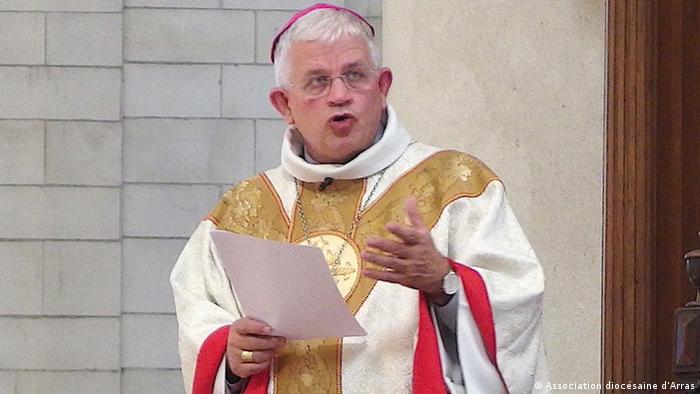 Leborgne explained it was crucial that the commission be fully independent — unlike in other countries, such as Germany, where such investigations were overseen by the church itself.

“There was so much suspicion hanging over us Catholics that our credibility depended on this commission’s degree of autonomy,” the archbishop said.

Jean-Marie Burguburu, a Paris-based lawyer and head of France’s Human Rights Commission, confirms the church did not interfere in the work.

Burguburu was part of the 22-member panel, which also included sociologists, psychologists, historians and anthropologists. Only abuse victims and clerics weren’t allowed on the panel, to prevent conflicts of interest.

“Mister Sauve was free to choose the commission’s members and our work was not monitored by the church at all,” Burguburu told DW.

And Marie-Jo Thiel, director of the European Research Center for Ethics at the University of Strasburg and author of the book “Sexual Abuse Scandals at the Catholic Church” says Jean-Marc Sauve was chosen wisely to assure the panel’s independence.

“Everybody, from the political left or right, would agree that this former head of France’s Highest Court of Appeal is highly competent and impartial,” she said in an interview with DW.

She added that France’s particular way of interpreting secularism, called laicité, meant the commission needed to be independent.

“France’s church is strictly separated from the state and that determines how such investigative work can be carried out,” she said. “And here, the church doesn’t manage as many institutions as, for example, in Germany, where it runs hospitals, etc.”

The commission’s autonomy might also partly explain the devastating impact the inquiry has had.

“No one would have thought that sexual abuse was that widespread within our church,” said archbishop Leborgne.

“The body is more ill than we thought,” he added.

The report describes a “systemic” problem. Victims of sexual abuse have for a long time been treated with indifference or even cruelty. Abuse scandals were covered up and denied. And only since 2000, and more so since 2016, did the church start to come up with measures to prevent and account for sexual abuse. Even though these measures were by far not wide-ranging enough, according to the report.

The panel’s experts are criticizing the Catholic Church’s strongly centralized organization. They say priests are put on a pedestal and therefore tempted to abuse their power.

What are some of the recommendations?

Among the dozens of recommendations, the commission says clerics need to be trained differently and learn more about sexual abuse scandals. The candidates’ psyche should also be screened more thoroughly.

The existence of celibacy should be revisited and canonical law reformed. The latter should clearly be subordinate to the state’s law. And so the secrecy of the confession couldn’t be kept should someone confess to sexual abuse.

The report also recommends that cases of sexual abuse be fully accounted for and that victims be compensated individually. The money for that should come from the church and aggressors and not, like in the past, from the faithful — even though only a few of the roughly 3,000 perpetrators mentioned by the commission are still alive.

“Our church’s organizational structure will have to be made more democratic and decentralized and we will need more women in leadership positions,” he told DW. He added that victims of sexual abuse should be adequately accompanied and compensated.

“But I don’t think we should put into question the very idea of celibacy,” added the monk, who himself has been living as a celibate for decades.

“But I think it’s important that we speak more openly about sexuality in church and that we try to help people live a balanced life, for example through sports. What’s dangerous is when people become unhappy and start compensating that by aggressing others.”

Archbishop Leborgne agrees the church will have to be reformed thoroughly. But he says revoking confidentiality during confessions doesn’t make sense.

“That would only mean people would no longer tell us things and we’d be deprived of possibly the only chance to convince them to turn themselves in,” he said.

Lawyer Burguburu, himself a Catholic faithful, thinks the church will nevertheless take on many of the report’s recommendations.

“Change will obviously take time — possibly months or years — and not happen overnight,” he said.

“But the sense of our work was to get the church back on the right path and I am confident the institution will be able to improve,” he added.

The first official answers from the French Catholic Church are expected in November, when both CEF and CORREF hold their bi-annual plenaries.