Roce Today – Politics, Opinions, Gun Rights,Pro-Life and Border Wall
Home Politics Freedom of speech: So what if Ilhan compare U.S. to terrorist, she... 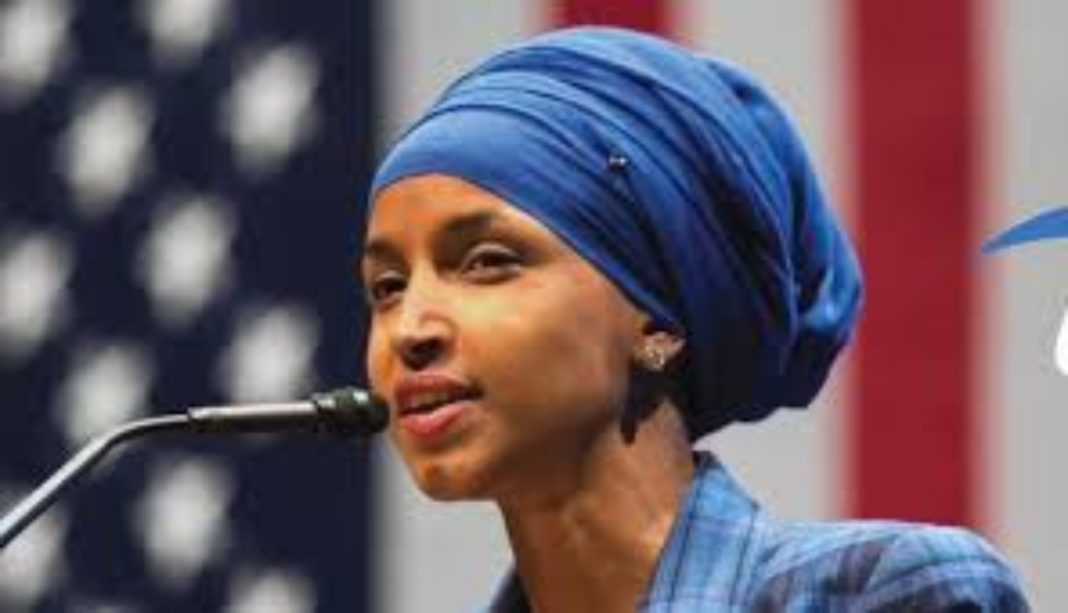 There sure are a lot of people nowadays who think “freedom of speech” means freedom from criticism.

She’s always been the Squad’s dumbest member. But if she wants to spend her time calling her colleagues on the left racist for having a problem with Omar comparing the U.S. to the Taliban, I won’t stand in her way.

The biggest “tell” that Omar’s surprisingly conciliatory statement this afternoon was written for her by leadership is that the rest of the Squad is screeching “WHY DO YOU HATE MUSLIMS?” today while Omar’s statement was like “of course I’d never draw any equivalence between our country and the Taliban.” I posted AOC’s and Cori Bush’s tweets in the earlier thread but the rest of the gang is contributing too:

When a woman, person of color or Muslim speaks out against injustice, backlash ensues. When @IlhanMN speaks out, the vitriol is compounded by her being all three.

As Democrats, we must recognize the biases that fuel personal attacks and defend our colleagues. pic.twitter.com/KUPl81XgyO

Stop the bad faith attempts to take @IlhanMN‘s words out of context. She called a simple question.

The ICC exists to investigate and exact recourse when human rights are violated.

Imagine if Congress was as outraged by what Palestinians endure daily. pic.twitter.com/XP8JXD8k0S

Tlaib has been especially dogged, though:

I am tired of colleagues (both D+R) demonizing @IlhanMN. Their obsession with policing her is sick. She has the courage to call out human rights abuses no matter who is responsible. That’s better than colleagues who look away if it serves their politics. https://t.co/5n9OxZbK8Q

The bit about colleagues who look away from human-rights abuses if it doesn’t serve their politics reminds me of the time a few years ago when Jake Tapper asked her why she’s so passionate about wanting to boycott Israel but nowhere to be found on Islamic human-rights violators like Egypt, Pakistan, and Saudi Arabia. She had no answer. I think it’d be fair and fine for Omar’s Democratic critics in the House to admit that they sympathize more with Israel than they do with Hamas and therefore pay closer attention to Hamas’s abuses because they’re aligned ideologically with the other side.

But in that case, what conclusion should we draw about Tlaib’s and the Squad’s sympathies and alignments given that they consistently pay closer attention to Israeli abuses?

Nominally the last 24 hours is a story of Omar being rebuked first by her colleagues and then by her leadership, but Noah Pollak’s right that it’s barely a wrist-slap. “Here’s the pattern: Omar traffics in anti-semitism, provokes outrage, postures as a victim, walks it back, and is immediately praised by Democratic leadership. No consequences. Wash, rinse, repeat,” he tweeted earlier. Pelosi’s statement this afternoon made a point of thanking Omar for the conciliatory statement she issued — which, again, was almost certainly written for her by Pelosi’s staff — and the statement from Omar’s Democratic critics that touched off this uproar last night turns out to have been watered down. According to Punchbowl, there were two versions drafted, one harsh and one less harsh. They opted to release the less harsh one.

I assume Kevin McCarthy’s going to try to force a vote on whether she should be stripped of her committee assignments once the House is back at work. The vote will certainly fail, but he’ll want all Dems on the record about her to prove Pollak’s point that there are, in fact, no consequences.

By the way, since Tlaib and the Squad are looking for examples of black House members being held to a “free speech” double standard, I’ve got a nifty example for them right here. Byron Donalds wants to join the Congressional Black Caucus. The CBC is stonewalling him even though he obviously meets the qualification for membership. You’ll never guess why.

Rep. @ByronDonalds says he is being denied entry into the Congressional Black Caucus because he is a Republican.

“My support of President Trump has been consistent, but at the same time, I have had the ability to advocate for [the] Black community in my state,” he said. pic.twitter.com/A6BNFAf05n