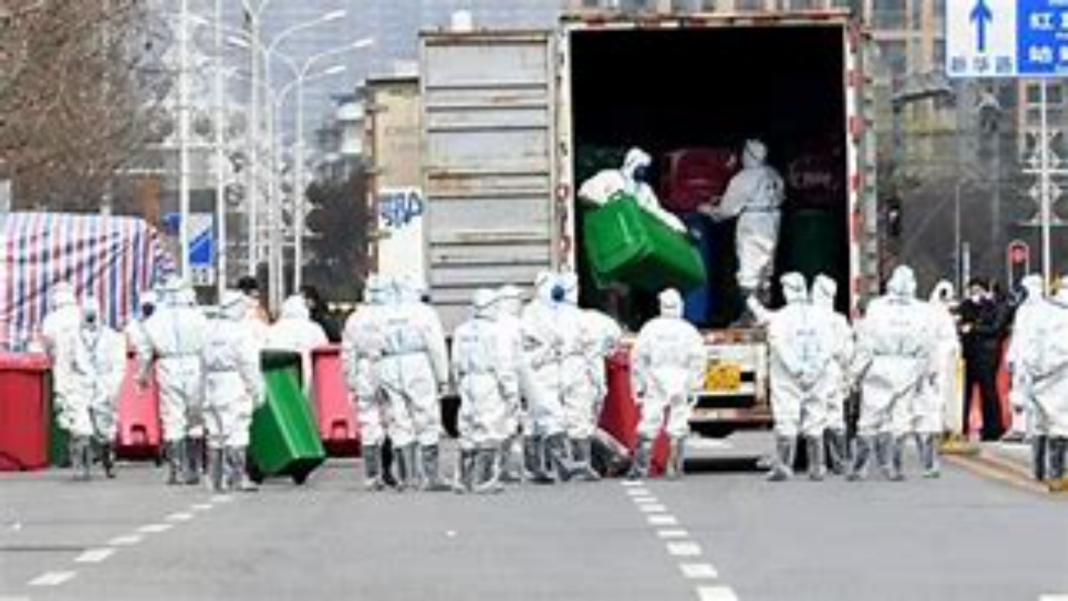 A group of 31 scientists signed a letter calling for further investigation into the origin of COVID-19. The letter was published Monday in the French newspaper Le Figaro. The letter is behind a paywall there but there’s an English summary of what it says at this site:

The new letter reads: “We ask for a new scientific enquiry into all the plausible origin hypothesis, which has unlimited access to all the pertinent files, samples and staff in China, and elsewhere if necessary.

“All people and all nations, including China, have a direct interest in the origin of the pandemic being identified so that our biggest vulnerabilities are protected. It is therefore particularly regrettable that no exhaustive inquiry on all the plausible origins has been undertaken, and that none is planned.

“We believe that the joint study process that the WHO is currently calling for, in its current form, does not satisfy the conditions to be credible due to serious structural gaps.”…

It continues: “The measures taken by the Chinese government to hide the origins, and stop Chinese experts from sharing certain essential information and detailed data clearly show that the current process, without significant changes, has no chance of putting a complete or credible inquiry in place for all possible scenarios.”

That last line about “all possible scenarios” is pretty clearly a reference to the lab leak theory, i.e. the scenario that China absolutely has no desire to investigate.

The letter suggests there are two options for moving forward. Option one is for the Chinese government to cooperate in a thorough investigation with outside researches given full access to all of the data and samples they need. The letter suggests the CCP should be willing to do this for “the good of humanity.”

Obviously option one isn’t going to happen because if the Chinese were interested in being transparent they could have done that over the past 18 months (or sooner). The fact that they were still stalling the WHO team just a few months ago is a pretty clear indication they don’t want an unfiltered look at the evidence.

Option two assumes that option one was a bust. It suggests that the G7 or OECD nations team up to share whatever information they have and gather more information without the help of the CCP. “A well-organised and concerted effort, free of interference, drawing on all available sources of information and involving a large number of experts, may well end up providing unambiguous evidence supporting one particular hypothesis regarding the origins of the pandemic,” the letter states.

As I said, I think it’s clear option one isn’t ever going to happen. Option two seems reasonable but I suspect some of that is already happening, at least among the intel community. The “five eyes” (the US, UK, Canada, Australia, New Zealand) are probably sharing data on this issue. China has recently been trying to drive a wedge between New Zealand and the other four members but I have to believe that in this lineup New Zealand is the junior partner.

We may get to see some of what the intelligence agencies have. Yesterday Rep. Ben Cline of Virginia introduced an amendment to a bill which would declassify the intelligence we have on the Wuhan Institute of Virology. Cline is a Republican so Nancy Pelosi is probably going to put a stop to that. But she may not be in a position to stop it after next year’s election.

In the near term, we’ll probably get something from Biden’s 90-day intelligence review. Will we get a summary or wiill the full document be released? Will it come to any actual conclusions or just that there isn’t enough data?

On that note, I’ll close this out with a report CBS News’ Catherine Herridge filed yesterday. Her story notes that the IC review is just past halfway and that lots of data that had been buried in government databases is being looked at:

Former State Department officials tell CBS News significant information about the Wuhan lab’s activities in 2019 was buried in government databases and didn’t reach their desks for nearly a year.