Home Politics Gas shortages: what’s means for you at the pump 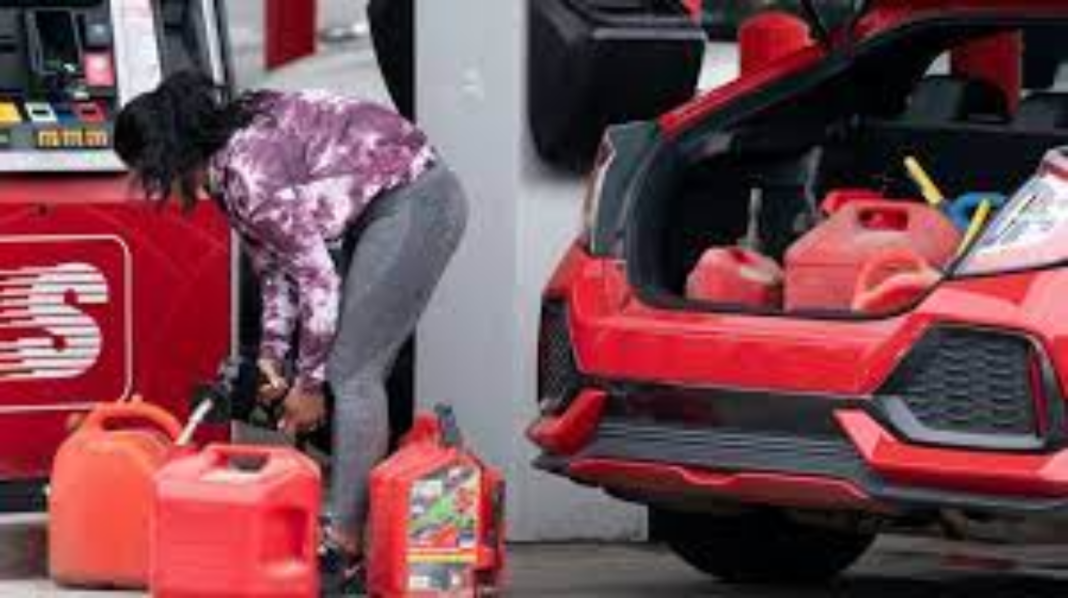 In some parts of the U.S., as people have panicked over a ransomware attack on one of the nation’s largest pipelines, gas has become the new toilet paper.

After Colonial Pipeline came to a temporary halt this week, Americans began panic-buying gasoline, fueled by social media-driven fears the supply would run out. By Thursday, about 70 percent of North Carolina’s gas stations didn’t have supply, as well as about half of South Carolina and Georgia stations, according to GasBuddy.com.

The frenzy came after Colonial Pipeline discovered on May 7 it had been the victim of a cyberattack and ransomware, forcing the company to temporarily stop its pipeline operations.

The FBI confirmed that DarkSide, a ransomware group, was behind the attack. The company resumed the pipeline’s operations on Wednesday. Colonial reportedly paid $5 million in ransom to hackers using cryptocurrency.

“We do not believe the Russian government was involved in this attack, but we do have strong reason to believe that the criminals who did the attack are living in Russia,” President Joe Biden said on Thursday.

The United States operates with a “just-in-time inventory” approach when it comes to gas, according to Tom Kloza, head of energy analysis at the Oil Price Information Service. Kloza said there were about 26 to 27 days of available gas supply before Colonial shut down its pipeline. Federal and state leaders tried to assure the public they were not at risk of running out of gas, and asked people to avoid buying or hoarding gas they didn’t need immediately, but consumers flocked to fill up, causing supply in many places to dwindle quickly.

“I wanted to be the gasoline whisperer and tell people to stay calm, be patient,” Kloza said. “But it was a little bit like telling people to do that when they thought there were going to be toilet paper shortages last winter. People have this fear, and they see the crowd behavior.”

It’s worth remembering this has happened before — frenzies over gasoline in the United States have a long history, including in the 1970s, when prices reportedly doubled and quadrupled during the Israeli-Arab War.

This time, the fuel is there – the challenge is how to move it quickly. Fuel transport in the country was already facing challenges because of a nationwide truck driver shortage — so much so that one Texas-based trucking company is incentivizing drivers by offering to pay $14,000 a week.

Here’s what you should know about what’s happening with gas supply and some advice for consumers trying to fill up.

How many gas pipeline networks are there across the U.S.? What parts of the country are affected?

The United States has more than 190,000 miles of petroleum pipelines and 2.4 million miles of natural gas pipelines across the nation. The Colonial Pipeline is the largest in North America, spanning from Houston to New Jersey and covering much of the Southeast and East Coast. It supplies gasoline, diesel and jet fuel to 45 percent of the Southeast.

The Colonial Pipeline is made up of a network of 5,500 miles of lines that carry liquid petroleum. While it supplies a large geographic area, it amounts to about 3 percent of overall pipe infrastructure in the U.S.

Why is there still an issue if the pipeline is back open?

While Colonial Pipeline restarted operations on Wednesday evening, the company says it can take “several days for the product delivery supply chain to return to normal.” Fuel moves through the pipeline at just 5 miles per hour, and many stations are trying to pull fuel from the same source at the same time, said Patrick de Haan, an analyst with GasBuddy, explaining the back-up.

“So many stations are without fuel that many of them are all pulling product from the same place,” said Patrick de Haan, an analyst with GasBuddy, explaining the back-up.

Do I need to go out and buy gas to store?

Don’t panic. “There is plenty of gasoline and there’s plenty of oil in North America and in the United States,” Tom Kloza, head of energy analysis at the Oil Price Information Service, told the PBS NewsHour. “We have got extra refining capacity, and we’re going to be able to import fuel.”

Kloza says there’s a fear of missing out going on right now about not having enough gas and scrambling isn’t necessarily the wisest decision.

De Haan said that while customers may be tempted to rush out to fill their tanks right now, he advised Americans to “certainly wait, wherever possible.”

“The price of oil dropped today, and there’s no reason to rush,” he continued. “Lower prices are coming if you can wait.”

Where do I find gas near me?

On social media, some reporters have been gathering and sharing photos of stations in their area that still have gas, so following journalists with your local news outlets may be helpful as you’re looking for stations where you can fill your tank in the coming days. Your local emergency management authorities should also be sharing updates regularly about the situation.

The app GasBuddy has an interactive fuel availability tracker that shows which stations in your area have fuel and power, and which ones to avoid. You can also use the app to view gas prices in your area.

The company also has a page dedicated to the Colonial Pipeline shutdown. As of Thursday morning, it showed that North Carolina was the most affected state, with 68 percent of gas stations experiencing fuel outages.

AAA’s TripTik has a similar tool, as does the navigation app Waze.

How long are the shortages expected to continue?

De Haan said that the length of the shortages “depends on where you are” in the country. “I think certainly in areas that are harder hit” such as Virginia, Georgia and the Carolinas, it “could be one to two weeks before folks start to feel normal conditions,” De Haan said.

“Everyone is not going to see an overnight resolution to this even though the pipeline is flowing again,” he added.

How do I safely store gas?

As authorities have warned, fill gas only in approved containers and do not use plastic bags. Gas also shouldn’t be stored in your house — a garage, shed or separate building outside your home is safer. It’s best to handle gasoline outdoors where there is better ventilation, according to the American Petroleum Institute. Keep any gas containers tightly closed and store at room temperature, since gas is flammable.

What would be the national security implications if a ransom payment was made to the hackers?

Bloomberg reported on Thursday that Colonial Pipeline Co. paid nearly $5 million last week to the hackers responsible for the attack, despite earlier reports that company executives had no intention to pay an extortion fee. This reporting was confirmed by Nicole Perlroth, a cybersecurity reporter at the New York Times.

While the FBI does not support paying a ransom in response to a ransomware attack, Anne Neuberger, the White House’s deputy national security adviser for cyber, told reporters on Monday that doing so was a “private-sector decision.” “Given the rise in ransomware, that is one area we are definitely looking at now, to say what should be the government’s approach,” she said.

In a recent report, a task force of cybersecurity experts stated that “paying ransoms is detrimental in a number of ways,” but recognized “the challenges inherent in barring payments.” The task force, which was composed of representatives from government agencies, non-profits, and software companies, suggested that organizations should be required to “review alternatives before making payments.

What can be done to prevent future attacks like this?

Ransomware attacks rose sharply during the pandemic, driven in part by Americans working from home. While this attack drew more attention than most other cyber attacks have gotten in recent months, a report from IBM found that the energy industry was the third most targeted sector last year, following finance and manufacturing. Officials at the highest levels of government are responding quickly to this attack, especially because it comes just months after the massive SolarWinds cyberattack possibly left American government and corporate secrets exposed to Russia.

Biden issued an executive order Wednesday pushing for improvements in the nation’s cybersecurity. “The United States faces persistent and increasingly sophisticated malicious cyber campaigns that threaten the public sector, the private sector and ultimately the American people’s security and privacy,” the order reads. “The Federal Government must improve its efforts to identify, deter, protect against, detect and respond to these actions and actors.”

In early May, the Department of Homeland Security said it was planning on a hiring spree, including 200 new cybersecurity professionals by July.