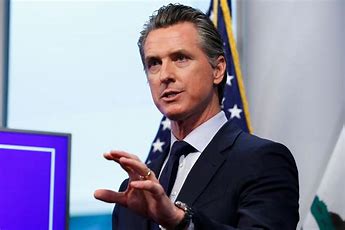 They say the definition of insanity is doing the same thing over and over again but expecting different results.

What’s the governor of our country’s most populous state doing to fight inflation? Why, send out more inflationary stimulus checks! I wish this were a Babylon Bee or Onion satire article, but it appears Newsom is serious.

Working with Democrats running the Legislature, Newsom reportedly said they planned to spend $18.1 billion in this new inflationary scheme that includes $11.5 billion in inflation “relief” funds.

“Millions of Californians will be receiving up to $1,050 as part of a NEW middle class tax rebate,” Newsom tweeted. “That’s more money in your pocket to help you fill your gas tank and put food on the table.”

In reality, this flash-in-the-pan gimmick will make inflation worse. Right now, we have a supply problem. We don’t have a demand problem. Putting more inflationary cash into consumers’ pockets will only drive demand higher.

Federal Reserve Chair Jerome Powell’s attempts to tame inflation toward his 2% goal—from the much higher 8.6%—would only work with improved supply chains. But if supply chains don’t get fixed, higher interest rates will lead to more, painful unemployment, Bloomberg reported.

Newsom and his pals instead should be attacking the supply problem through lowering corporate taxes, removing the onerous and burdensome “clean energy” mandates on his state that are driving energy costs—the biggest inflationary pressure—through the roof. California’s 51 cents a gallon gas tax is scheduled to increase this Friday to 54 cents.

The Wall Street Journal calls Newsom’s payola “street money,” or “cash that politicians dole out in return for political support to get out the vote. California Democrats have decided to take the practice statewide and call it ‘inflation relief.’”

Newsom wants to give $200 to residents earning up to $250,000 ($500,000 for couples). While certainly a half million bucks goes a lot less far in California, it’s definitely not slumming it. Yet again, we have a case of the left refusing to use the public purse in a way that targets the neediest. And these results, as typical liberal policies do, will backfire.

Newsom is reportedly floating a presidential bid, and stunts like this show how he’s far from deserving of the Oval Office.

YouGov Poll & States — Ranking the States of the Union

Solitary confinement spiked during the Pandemic