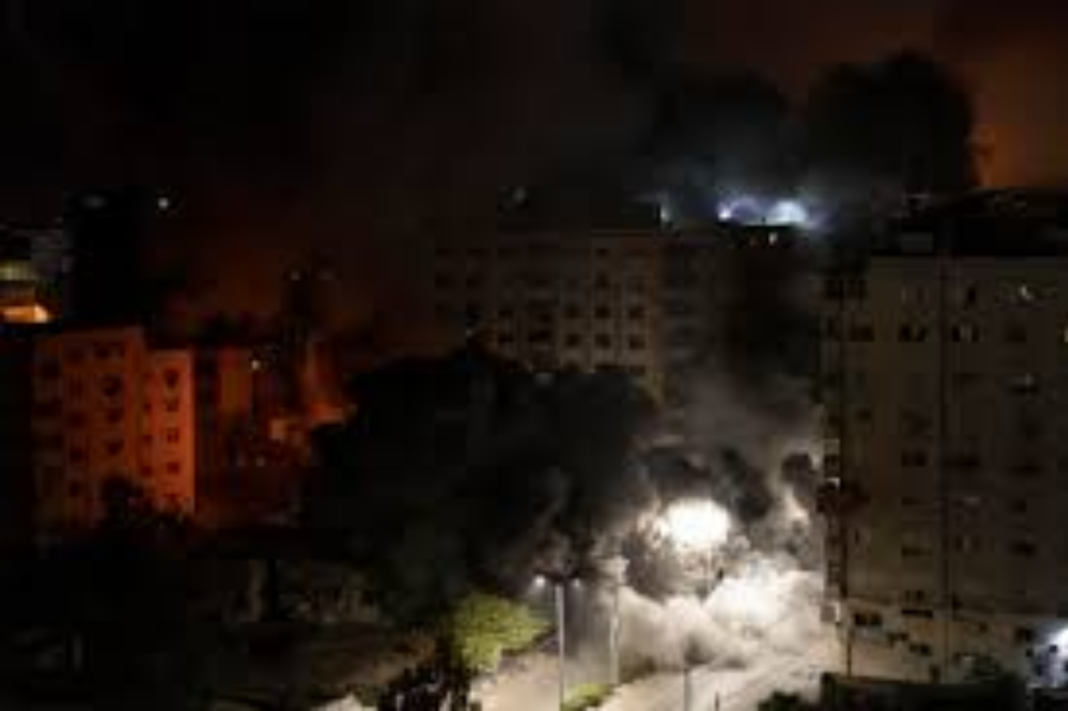 DUBAI, United Arab Emirates — The deadly escalation between Israel and the Palestinians has embarrassed Gulf states which forged ties with the Jewish state and put a strain on their Abraham Accords that were billed as a game-changer.

The bloodshed has prompted condemnation from Israel’s new Arab partners, at a time when Muslims have been celebrating the end of the holy month of Ramadan.

Less than a year after signing normalization agreements with Israel, the United Arab Emirates (UAE), Bahrain, Sudan and Morocco have been forced to change course and turn to critical rhetoric.

“These statements are largely intended as a public relations exercise towards a domestic and regional Arab audience that continues to overwhelmingly support the Palestinians,” Elham Fakhro, an analyst at the Crisis Group think tank, told AFP.

After escalating clashes between Palestinians and Israeli forces in East Jerusalem, the past week has seen Hamas launch thousands of rockets at Israel, with the Jewish state responding with massive airstrikes on terror targets in the Strip.

Ten Israelis, including a young child, have been killed in the rocket fire, and hundreds have been injured. In Gaza, the toll from the fighting climbed to over 100 on Friday, including dozens of children, with 950 wounded, according to the Hamas-run health ministry. The Hamas and Islamic Jihad terror groups have confirmed 20 deaths in their ranks, though Israel says that number is much higher.

Smoke billows after an Israeli airstrike on Gaza City targeted the Ansar compound, linked to the Hamas movement, in the Gaza Strip on May 14, 2021. (MAHMUD HAMS / AFP)

Arab-Jewish violence has spread through Israeli cities amid the conflict, and Friday saw it also break out in the West Bank, with at least nine West Bank Palestinians killed during violent clashes.

The Abraham Accords swept away decades of consensus and were condemned as “treason” by Palestinian leaders who feared they undercut their demands for a homeland.

They were struck at the urging of then US president Donald Trump, who hailed the “dawn of a new Middle East” as his son-in-law and advisor Jared Kushner dismissed the Israeli-Palestinian conflict as a mere “real estate dispute.”

It has now come roaring back into the headlines. 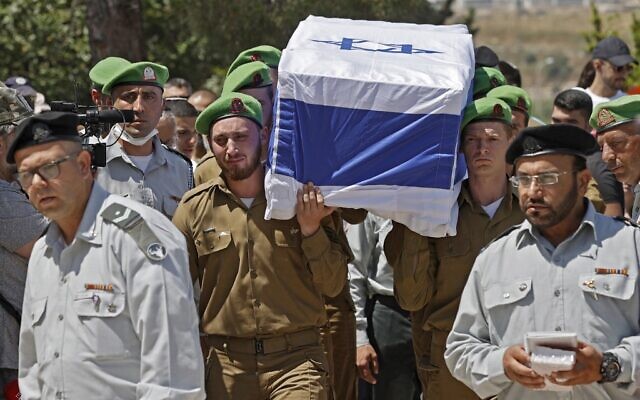 Mourners attend the funeral of Israeli soldier Omer Tabib, 21, in Elyakim in northern Israel, on May 13, 2021. Tabib was killed when Palestinian terrorists in Gaza fired an anti-tank missile near the border. (JACK GUEZ / AFP)

In Bahrain, daily demonstrations have been staged in support of the Palestinians. Internet users have shared photos of themselves wearing the Palestinian chequered keffiyeh scarf, and civil society groups have called for ties with Israel to be severed.

In the UAE, which has tight curbs on social media, many users have shared videos and photos to denounce Israeli forces. As rockets were fired at Israel from Gaza, others with ties to the leadership in Abu Dhabi accused the coastal enclave’s rulers Hamas of terrorism — — reflecting the UAE’s zero-tolerance of political Islam.

It is a far cry from the heady days after the accords were announced, when prominent Emiratis tweeted “Shalom Aleikum” — a combination of the Arabic and Hebrew greetings. For Hugh Lovatt, an analyst at the European Council on Foreign Relations, the crisis is “the first real test” for the UAE, which for years had quietly cultivated ties with Israel.

“From Netanyahu’s perspective, the Abraham Accords vindicated his long-held belief that Palestinians could be effectively sidelined as Israel developed its ties with neighboring states,” Lovatt said.

“Is the UAE prepared to put its relations with Israel on the line for the sake of the Palestinians? The answer appears to be ‘no’ at present,” he said, pointing to gains such as technology partnerships and access to military hardware from the US.

“Given the deep bilateral interest that underpins normalization for Israel and the UAE, escalation in Palestine is probably at most a speed bump, not a brick wall.”

After the Abraham Accords were signed last September, eyes turned to Saudi Arabia, the region’s heavyweight and custodian of Islam’s holiest sites.

But the kingdom stuck to the old consensus, rejecting any normalization without a resolution of the Palestinian issue.

King Salman has voiced “strong condemnation of the Israeli measures in Jerusalem and the acts of violence carried out by Israel,” and stressed his country “stands by the Palestinian people.” 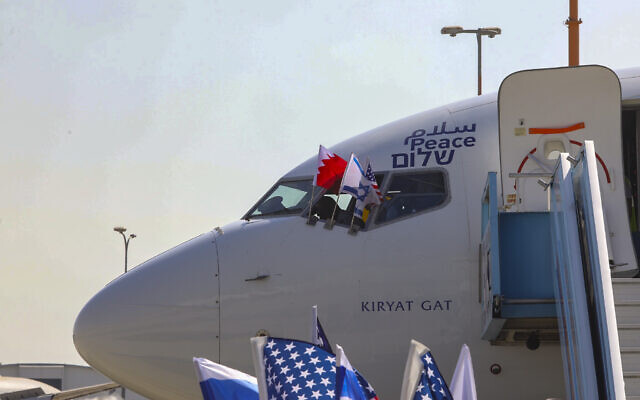 Illustrative: The national flags of Bahrain, Israel and America are seen on an El Al plane to Bahrain flying a delegation to sign a series of bilateral agreements between Jerusalem and Manama, at Ben Gurion airport in Lod, near Tel Aviv, October 18, 2020. (Marc Israel Sellem/POOL)

While criticism is muted in the UAE, things are more complicated for the other Arab states that moved closer to Israel because of active civil society groups which support the Palestinians.

Normalization is a strategic issue for Morocco, linked to US recognition of its sovereignty over the disputed territory of Western Sahara.

Faced with pressure from the street, the North African country condemned the actions of Israeli forces in East Jerusalem that triggered the intense rocket fire from Gaza and Israel’s responce of deadly airstrikes.

“Morocco should play a mediation role… If it fails to do so, it would be preferable for it to distance itself from the normalization process without going so far as to break off relations,” opined Tajeddine Houssaini, an international relations professor at Rabat University.

Sudan, which established ties with Israel in return for its removal from a US list of state sponsors of terrorism, has condemned Israel and warned that its actions will perpetuate “a cycle of violence.”

“Israel’s entire strategy with Abraham Accords was based on the argument that the Palestinian issue was no longer relevant,” tweeted Vali Nasr of the School of Advanced International Studies at Johns Hopkins University.

“Now thanks to a series of Israeli mistakes it is back in force.”

Vets get back to Memorial Day customs