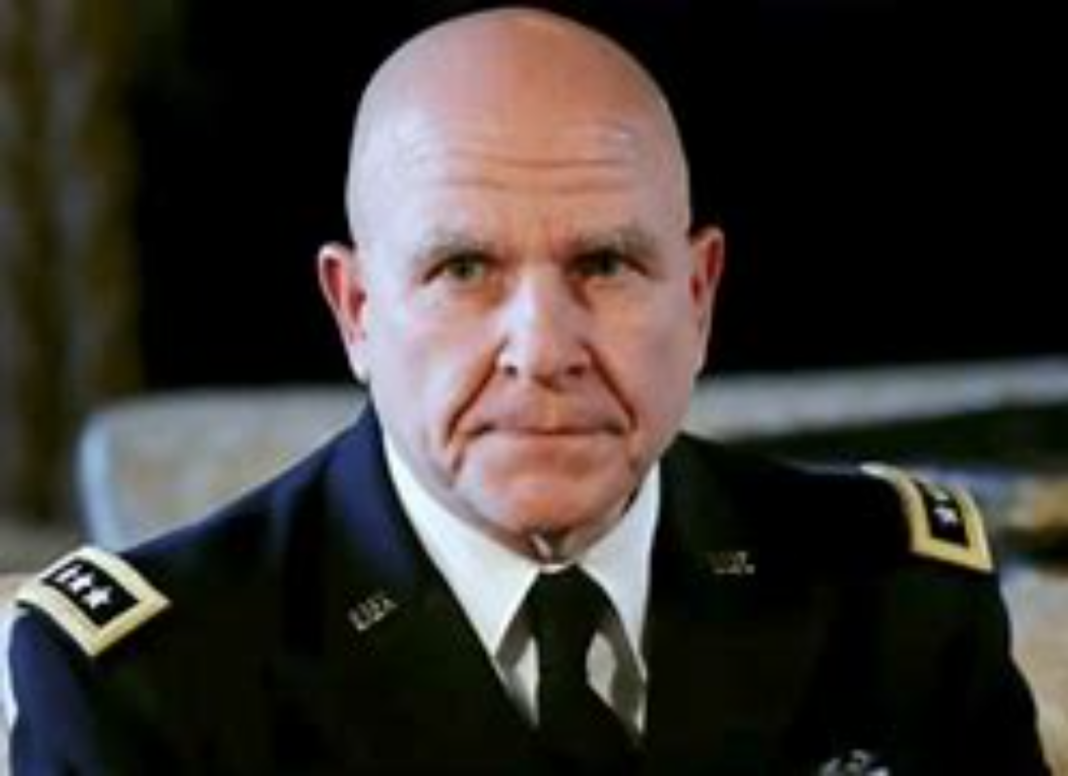 The Sunday morning political shows were not kind to Joe Biden and his disastrous withdrawal from Afghanistan. Any and all criticism leveled at his decisions is warranted, especially since the death of 13 military members, ages 20 – 31 at the Kabul airport. There is no hiding from that tragedy at Camp David or in the basement of one of his Delaware homes.

One critic who keeps showing up is retired General H.R. McMaster who served as National Security Advisor in the Trump administration from 2017 to 2018. His time in the administration was bumpy and after he left, there was talk that he called Trump a “dope” which was denied by others present at the dinner at which the remark was allegedly made. McMaster ended his frequent appearances on FNC that he enjoyed as a member of the Trump administration and went over to CNN and MSNBC. They were happy to welcome someone who they thought would criticize Trump. Now, however, it is impossible to notice he is back on FNC. He is a vocal critic of Biden’s handling of the withdrawal of Afghanistan which must be a shock to his new friends in the Biden-friendly media. This morning he was interviewed by Chuck Todd on Meet the Press. His opinions have not changed from one network to another.

McMaster says the war in Afghanistan ended in “self-defeat”. He said everyone involved in the war management during the last 20 years bears some responsibility but it didn’t have to end this way. He calls it “a one-year war fought twenty times over.” The decision for withdrawal has been a costly one. McMaster said that Biden “doubled down” on Trump’s original plan and “failed to reverse” it. The fact is, too, that Trump’s agreement with the Taliban – an agreement that wasn’t a formal agreement – was already null and void due to Taliban conduct before Biden set his withdrawal operation into play.

“And of course, what’s sad about it is this war ended in self-defeat, Chuck. I mean we had a sustainable effort in place several years ago, that if we had sustained it, we could have prevented what’s happening now,” McMaster told host Chuck Todd. “But instead, what we did, Chuck, is actually we surrendered to a jihadist organization and assumed that there would be no consequences for that. And we’re seeing the consequences today.” McMaster calls it a surrender to a jihadi organization. He’s not wrong.

EARLIER: "We all share responsibility" for the Afghanistan war which "ended in self-defeat," says former NSA H.R. McMaster on #MTP@LTGHRMcMaster: The Afghanistan war has been "a one-year war fought 20 times over with ineffective strategies based on flawed assumptions." pic.twitter.com/HiwqH4IjQu

Senator Lindsey Graham was particularly stabby towards Biden, who he often referred to as his friend prior to the 2020 presidential campaign. Graham was interviewed by CBS News senior White House and political correspondent with CBS News Ed O’Keefe. He’s also a former reporter for the Washington Post. It is fair to say Ed conducts himself as a Biden sycophant during White House press conferences with the president. He was guest-hosting Face the Nation this morning. His appearance was right after O’Keefe’s interview with Jake Sullivan, which I will get to in a minute.

Graham is a defense hawk, we all are aware of his long history of supporting military intervention in various places throughout his time in office. He takes regular criticism up a notch, though, because he calls for the impeachment of Biden for dereliction of duty as Commander-in-Chief. He told O’Keefe that a “parade of horribles is about to unfold” in Afghanistan as the August 31 deadline is only hours away. “The chance of another 9/11 just went through the roof.”

Sen. Lindsey Graham (R-S.C.) on Sunday said the chances of more terrorist attacks like the ones on Sept. 11, 2001 “just went through the roof” because of the withdrawal of U.S. troops from Afghanistan.

Graham, during an interview with guest host Ed O’Keefe on CBS’s “Face the Nation,” said a “parade of horribles is about to unfold” in Afghanistan as the U.S. moves into the final stage of the withdrawal process.

“We’re leaving thousands of Afghan allies behind who fought bravely with us. We’re gonna leave hundreds of American citizens behind. The chance of another 9/11 just went through the roof. These drone attacks will not degrade ISIS. The number of ISIS fighters have doubled. We’ve turned our back on our allies … and we set the conditions for another 9/11,” Graham said.

“I’ve never been more worried about an attack on our homeland than I am right now,” he added.

Graham also rejected President Biden’s argument that the U.S. is ending the war in Afghanistan by removing troops, instead contending that the country is entering a new “deadly chapter.”

“We did not end this war. President Biden said that he wanted to take Afghanistan off the plate for future presidents. He’s turned the exact opposite. For the next 20 years, American presidents would be dealing with this catastrophe and Afghanistan. This war has not ended. We’ve entered into a new deadly chapter. Terrorists are now in charge of Afghanistan,” he said.

The problem with the impeachment of Biden, if it were successful, is that we’d get Kamala Harris in the Oval Office. I’ve mentioned before that while he’s deserving of impeachment, we have to be careful what we wish for. We don’t want President Kamala.

As mentioned above, O’Keefe also interviewed Jake Sullivan, Biden’s National Security Adviser. O’Keefe actually questioned the notion that the U.S. can have a diplomatic relationship with the Taliban after August 31 when O’Keefe asked about the Americans and Afghan helpers left behind. O’Keefe did as well as could be expected with the interview for a member of the Biden-supporting media, but then he asked how the president’s morale is doing.

I would describe the president’s approach to this in recent days in one word: focused. He is laser-focused 24 hours a day on protecting our forces there and getting this mission complete, getting these folks home safely and then executing the retrograde in a professional way. Every single day at the end of a meeting with his military commanders, he asks one question, is there anything else you need, any authority or tool or resource or capability to protect yourself and complete your mission? And every day he tells them, if there is, I will get it to you. He is focused on the mission at hand and on bringing it home.

Any concern about the morale of the military and Afghanistan veterans, guys? Ugh.

Well, that’s obviously a question for you to ask. And, you know, that is something that, from our perspective, is your job. Our job is to execute. Our job is to get this mission complete. And right now, the president is looking to his entire national security team to make that happen, to take this next critical, dangerous period where we face acute threats as we speak, minute by minute, hour by hour for my ISIS-K to ensure our troops have the protection that they need and to ensure they have what they are required- what- what is required to be able to carry out the rest of this mission. That is what we are trying to provide for them. That is all we are thinking about right now, and that is how we are going to bring this mission to a conclusion over the course of the coming days.

There have been calls for the resignation of Sullivan, along with General Lloyd, and Tony Blinken. They all should lose their jobs. Either their advice to Biden was deeply flawed or Biden just went it alone. They all have blood on their hands now.

White House is concerned about the rising cost of Energy