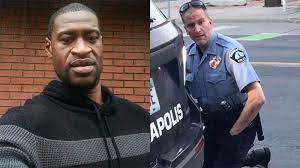 Sentencing will take some time, but Chauvin could be jailed for decades.

On May 25, 2020, Floyd was arrested by the police on suspicion of using counterfeit money to purchase cigarettes at a corner store. When the cops tried to put him in the squad car, he panicked and struggled. So, the cops put him on the ground, with Chauvin putting his knee on Floyd’s neck. As per the medical examiner’s report, George consequently died due to lack of oxygen or asphyxia.

Following this death of another Black man by the cops in the US, protests and riots erupted in Minneapolis, which then spread across the country and beyond the national borders. The death sparked a renewed but more furious re-examination of policing and racism in the US.

Floyd’s family hailed the verdict and stated “We are able to breathe again!” But they also reiterated that the fight for justice was not over and shall continue.

Three other police officers were also involved in the fatal incident. They were charged with aiding and abetting the murder of Floyd. Their trial is set to commence in August.

When the jury of 6 black or multiracial and 6 white people announced the verdict, no visible reaction could be observed from Chauvin as his face was covered by a mask. One could only see his eyes darting about the courtroom.

After the verdict, Chauvin’s bail was revoked and he was led out with handcuffs on.