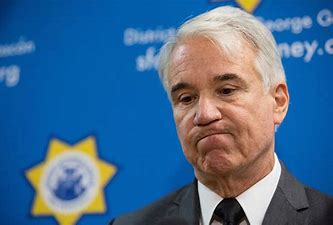 Gascon, who received over $2 million in financial backing from left-wing financier George Soros according to The Los Angeles Times, is currently facing a recall petition spurred by backlash to his perceived lenient stance on crime.

The ADDA voted to support the recall effort in a landslide, with roughly 83.3% of ADDA members taking part in the vote and 97.9% voting to back the recall, the organization announced.

“This vote is by those who are intimately familiar with how Mr. Gascon’s policies actually play out on a day-to-day basis,” ADDA president Michele Hanisee said in a statement Tuesday. “We believe the vote of our members will resonate with the voters of Los Angeles as they decide whether to recall Gascon from office and restore public safety as the priority of the District Attorney’s office.”

97.9% percent of the front-line prosecutors tasked with implementing @GeorgeGascon policies voted to support his recall. Gascón refused an invitation to address the prosecutors of his office to explain & defend his policies and provide his arguments why he should not be recalled. pic.twitter.com/sxMx9X8WHR

The vote follows an incident in which Gascon refused to meet with representatives of the ADDA to discuss whether the union would support the recall effort against the district attorney.

Gascon has received harsh criticism in recent months for his position on crime in Los Angeles County, drawing the ire of many businesses in the area including Union Pacific. The prosecutor has also proven unpopular with local law enforcement, with Los Angeles County Sheriff Alex Villanueva arguing Gascon was failing to perform his duties.

Gascon’s office did not immediately respond to the Daily Caller News Foundation’s request for comment.

Rum and Wear A Mask FRIDAY!