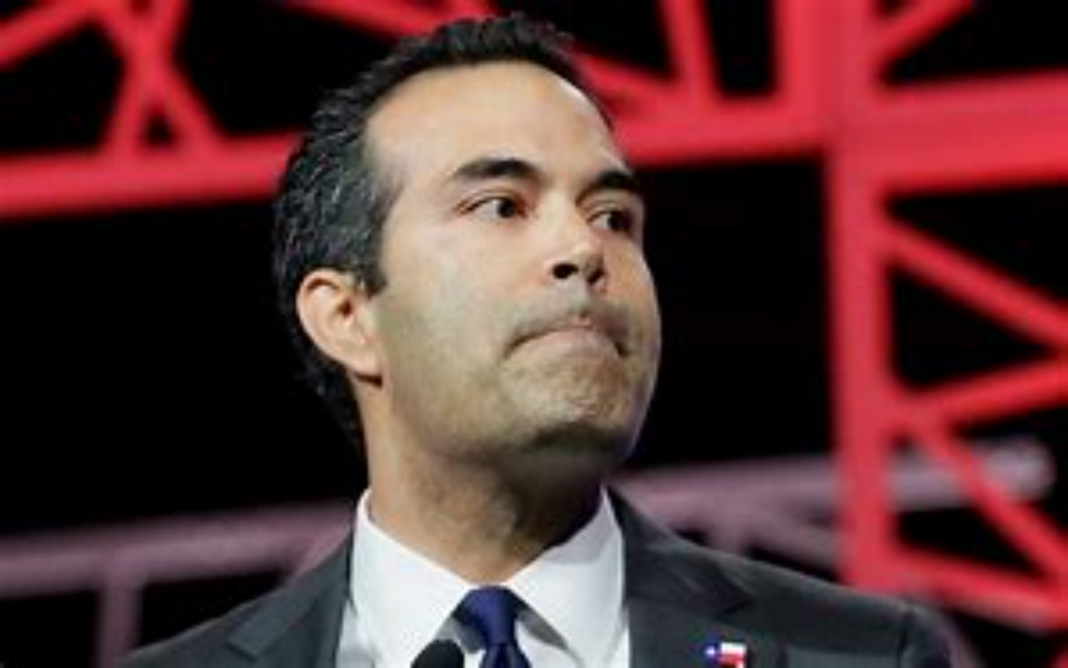 There are few things more enjoyable in modern Republican politics than watching Trump crush the dreams of his most obsequious ass-kissers.

Next year’s primaries, in fact, will be nothing but the former president grinding his shoe on the ambitions of the many MAGA panderers in races across the country competing for his endorsement. For instance, in Ohio, Josh Mandel, J.D. Vance, and Jane Timken are all hustling to prove themselves the most prostrate Trump sycophant in the field. At least two of them will be rewarded by watching him endorse one of their rivals.

And the 65 percent of the country that isn’t hardcore MAGA is going to relish every second of it.

George P. Bush is a special case because of his family, though. He’s Jeb’s son, Dubya’s nephew, George H.W. Bush’s grandson. Trump already sent his dad into retirement, with manifold insults along the way, and has criticized the two Georges. But George P. was willing to overlook all of it for the sake of ambition. He wants to be governor of Texas and ultimately president and he understands that being a Bush isn’t a huge asset in the post-Trump GOP. In some places it might even be a liability. So he’s spent the past five years positioning himself as the “pro-Trump Bush,” in increasingly embarrassing ways:

I missed out on the @georgepbush swag yesterday: The koozie says "this is the only Bush that likes me. This is the Bush that got it right. I like him" – Donald Trump #txlege pic.twitter.com/pFTzQCmoRG

Ted Cruz got nothing in return for looking the other way when Trump demeaned his wife and father. George P. was hoping to at least get a stepping stone towards the governor’s office, a Trump endorsement for attorney general of Texas. He betrayed his family for the chance, something which 45 must have savored. “I can tell you the president enjoys the prospect of knowing how much it kills Jeb that his son has to bend the knee and kiss the ring. Who’s your daddy? Trump loves that,” said a “Trump confidante” to Politico a few months ago. Essentially the apprentice offered a trade: The Bushes’ dignity in exchange for Trump’s support.

Trump took that dignity and gave him nothing in return.

Bush should have known that he’d never out-compete Paxton for Trump’s support. Last fall Paxton filed the lawsuit on behalf of Texas in the U.S. Supreme Court that sought to overturn the election, the thing Trump prizes most politically and an act of “loyalty” which Bush could never match. Paxton had a trump card, no pun intended.

But Bush probably did know that. What he wanted, realistically, was for Trump to say neutral in the race and hope that the Bush name — and Paxton’s endless ethical problems — would carry him to victory. Jonathan Last relishes his disappointment:

Surely George P. wasn’t foolish enough to think that Trump would go so far as to endorse him. But he probably hoped that, by toadying as shamelessly as possible, he might keep Trump on the sidelines and out of endorsing in the race.

At the least, he must have hoped that Trump wouldn’t weigh in until much later in the race, when, if George P. had good poll numbers, maybe Trump would be nervous about endorsing someone else.

But you must understand that this election, the Republican primary, isn’t until May 1, 2022. It’s more than nine months away. Trump endorsing this early effectively puts an end to the race. It freezes all of the party establishment and money in place, because now to be for George P. is to be against Trump. Ain’t no Texas Republicans fixin’ to do that there foolishness.

If I were Trump, I’d be tempted to see how much further Bush is willing to go to remain in my good graces. He has a pet now; he might as well teach him some tricks. The one small thing he *did* give Bush is that he didn’t attack him in his statement endorsing Paxton. If you’re a Texas voter, you’re not betraying the leader by supporting Bush over Paxton the same way that you would be if you supported some Trump critic over a Trump endorsee. But what if Trump turned around and said, “George, I want you to quit the race right now.” Or better yet, “George, I want you to quit and endorse Paxton immediately. And if you don’t, I swear, I’ll never endorse you for any office you run for in the future.”

Bush would do it, right? Because if he didn’t then that would be a betrayal.

Once you sell some of your dignity to Trump for the sake of ambition, you can’t get it back. He’s free to demand more, and the rational thing at that point — having lost some of it already — is to give it to him and keep your ambitions alive. Better to be a completely undignified success, per Bush logic, than a mostly undignified failure. Except, offhand, I can’t think of many politicians who’ve made that bargain with Trump and come away with durable success to show for it. Mike Pence was the obvious example for a long time — and then his career (and nearly his life) ended on a single day because there was one more litmus test he refused to pass. Nikki Haley probably isn’t even a first-tier candidate anymore because she dared to criticize Trump after serving in his cabinet. Ron DeSantis is shaping up to be a major MAGA success story but DeSantis is forever at risk of being steamrolled by Trump if he gets in Trump’s way for the 2024 nomination.

Even the pols who have benefited from their Trump alliances by hanging onto their Senate seats, like Lindsey Graham and Marco Rubio, frequently come off as hostages who know they’re at perpetual risk of falling out of favor because there’s always another litmus test around the corner. Other GOP up-and-comers should study them and the fate of George P. Bush and ask themselves if they want an existence as bleak and dishonorable as that. Politicians being politicians, they’d probably think for a moment and say yes.

Woman who claims to be a man Goes Topless At Public...