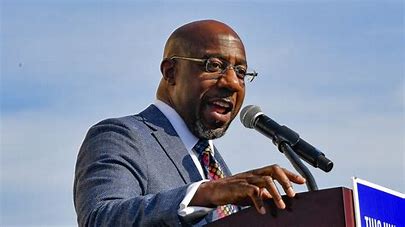 Georgia is investigating a charity run by the church where Democratic Georgia Sen. Raphael Warnock is a pastor due to concerns about its legal status, according to The Washington Free Beacon.

The Ebenezer Building Foundation is soliciting charitable contributions and operating as a charitable organization but isn’t registered as one in the state of Georgia, according to a letter from the Securities and Charities Division Georgia Secretary of State office. The letter urged the organization to register by Nov. 2 and noted that it could be subject to administrative penalties.

Ebenezer Baptist Church attempted to evict poor tenants from a building it owns while Warnock publicly railed against evictions in 2020, reports revealed earlier this week. The building was listed as a home for the mentally disabled and chronically homeless in a grant application. The revelation triggered an investigation into the nonprofit status of the Ebenezer Building Foundation, the charity run by Warnock’s church.

Warnock’s church owns 99% of Columbia Tower at MLK Village in downtown Atlanta, which attempted to evict a dozen low-income tenants throughout the pandemic over past-due rent amounts as low as $28.55, successfully evicting two tenants, according to The Washington Free Beacon.

“They treat me like a piece of shit. They’re not compassionate at all,” Columbia Tower resident Phillip White told the outlet. The building attempted to evict him twice over rent amounts less than $200.

Warnock did not respond to the Daily Caller News Foundation’s request for comment.