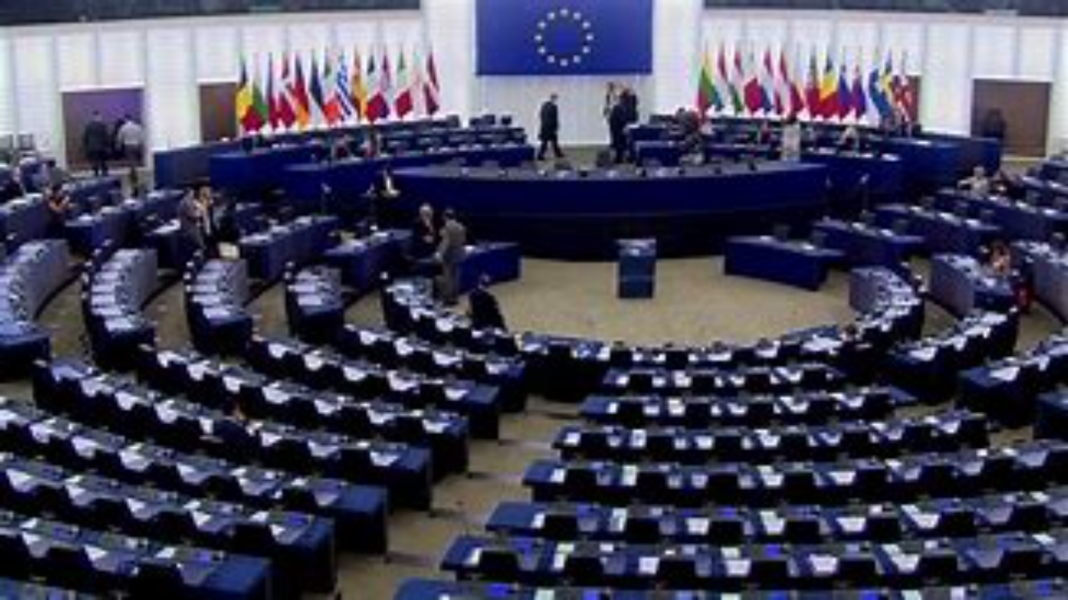 German conservatives may be losing power in Germany, but they’re doing their best to cling to it in the European Parliament.

According to several Parliament officials, senior conservative German MEPs are mulling plans behind the scenes to promote Maltese MEP Roberta Metsola for the Parliament presidency in exchange for ensuring that Germans get key positions around her, and that MEPs from large delegations get prime Parliament posts.

The plotting is playing out within the Parliament’s most powerful group, the conservative European People’s Party (EPP), which is set to choose its presidential candidate on Wednesday. Whoever it selects will have a good chance of assuming the top spot, based on an agreement struck several years ago to install a conservative president after one term under the left-leaning president, David Sassoli.

EPP leader Manfred Weber, himself a German, has been a part of the negotiations, the officials said.

The arrangement would be mutually beneficial.

For German conservatives, it would secure their voice in one of the EU’s top offices after being swept out of office back home. For Metsola, it would make her nomination a pre-cooked arrangement and weaken potential rivals. Plus, without Weber and the support of senior German MEPs, it would be hard for Metsola, an MEP from a tiny country with only 2 MEPs, to rise to such a high-ranking position.

The brewing arrangement has revived criticism within the EPP that German Christian Democratic Union (CDU) MEPs are vying to keep control of the European conservative family, despite having just suffered the party’s worst general election result since World War II — reverting to horse-trading and rewarding party loyalists in the process.

“The Germans are actively pushing for a Roberta package,” one EPP official said. “Roberta is from a tiny country and is totally dependent. … The Germans are desperately hanging onto power despite being knocked out in Germany.”

The package deal, officials said, would include recruiting Michael Alexander Speiser, a German Parliament official and the husband of Weber’s current chief of Cabinet, as Metsola’s future head of Cabinet. It would also involve placing senior German MEPs like Rainer Wieland in several of the Parliament’s 14 vice-president slots.

First elected to the European Parliament in 2013, Metsola has recently become a popular EPP choice for the presidency. But there are three official EPP candidates: Metsola, Dutch MEP Esther de Lange and Austrian MEP Othmar Karas. And it remains unclear which one German MEPs will ultimately back as the delegation still appears to be divided over its choice.

Metsola’s nomination and rise to the Parliament presidency would be a major shift for the EPP and Parliament itself, where powerful positions typically have gone to MEPs from big countries like Germany, Spain or Poland.

Last month, Weber announced he would backtrack from an initial plan to run as European Parliament president himself. Instead, he secured his re-election as group leader and announced he would also seek to become president of the EPP’s pan-European political operation next April, when current EPP President Donald Tusk’s term ends.

“Weber does not have the courage to run for the Parliament presidency,” a senior Parliament official said. “But instead, he is taking control of the candidacies, and Metsola will be the easiest to control.”

While it’s expected the presidency will go to the EPP’s eventual candidate, there is rumbling that Sassoli, from the Socialists & Democrats group, may want to seek a second term. The argument goes that the pandemic overshadowed his term and that the deal to install an EPP president was made with the understanding it would be Weber, not just any EPP member.

At one point, there was speculation that Daniel Caspary, head of the EPP’s German delegation, wanted to back Ewa Kopacz, a Polish MEP, because she represents one of the EPP’s biggest delegations. But the rumor was short-lived — Kopacz was ultimately considered too unknown, with limited English language fluency.

Now, officials said, Weber and some of the German MEPs have come up with a package to support Metsola in return for securing vice-presidency positions for Germans and MEPs from large delegations.

Such a move would include giving Speiser, a former EPP group official and husband of Ouarda Bensouag, Weber’s head of Cabinet, a leading role in Metsola’s future Cabinet. Currently, Speiser heads the Parliament’s Directorate for Citizens’ Rights and Constitutional Affairs, which is tasked with overseeing the work of the parliamentary committees and helping MEPs in their legislative and budgetary powers.

“We are close to nepotism,” the senior Parliament official said.

Officials said the package would entail securing jobs for German MEPs and others who come from big delegations as a way to compensate for electing a small country’s MEP. It would include keeping both Wieland, a senior and popular German MEP, and Kopacz as Parliament vice-presidents. It also would ensure French MEP Anne Sander keeps her job as one of the five quaestors of the Parliament, who usually meet once a month to deal with MEPs’ administrative and financial matters.

To further boost Metsola’s chances, Malta’s other MEP, the EPP’s David Casa, has said he will relinquish his own quaestor post to avoid having two high-ranking Maltese MEPs. Officials said under such a package, he would be replaced by Bulgarian MEP Andrey Kovatchev, who represents the EPP’s large Bulgarian delegation.

It is unclear what the Spanish delegation, third-largest within the EPP, might get from supporting Metsola’s ascension.

Many officials noted Metsola has long been loyal to Weber. And without a strong and influential country delegation of her own, they argued, she could be eager to satisfy German appetites.

“She comes from a tiny country and is totally dependent,” the second EPP official said.

By contrast, Metsola’s biggest opponent — de Lange — is viewed within the EPP as more confrontational, and more involved in legislation. Many recall her lead role in developing the EPP stance on contentious issues like the EU’s carbon market or an EU scheme to guarantee bank deposits, which occasionally saw her butt heads with German MEPs.

“She is not going to roll over to anything the Germans say,” the first EPP official said.

Officials close to Metsola deny the EPP has prepared any sort of “Metsola package.” And, one person said, there is “definitely no campaign team.” They argue instead that Metsola, who is 42, symbolizes a generational shift in Parliament, and has worked hard to convince colleagues of her capacities, including the German delegation. Metsola, a former lawyer and College of Europe graduate, is also seen as a top Parliament voice on migration.

If Metsola does sweep into the Parliament presidency, she would be the first Maltese to secure one of the EU’s top jobs. In the Parliament, presidents have typically come from large EU countries like Germany or France, or from founding members like the Netherlands. Malta, a country with only around 515,000 people that joined the EU in 2004, is neither.

Whether Metsola wins the party nomination or not on Wednesday, there is growing criticism in the EPP about the way Weber and the German delegation have often rewarded party loyalists.

In 2017, Antonio Tajani, a veteran MEP and longtime consigliere to former Italian Prime Minister Silvio Berlusconi, was virtually guaranteed the Parliament presidency after an 11th-hour deal hatched between the EPP’s Weber and Guy Verhofstadt, then leader of the liberal ALDE group.