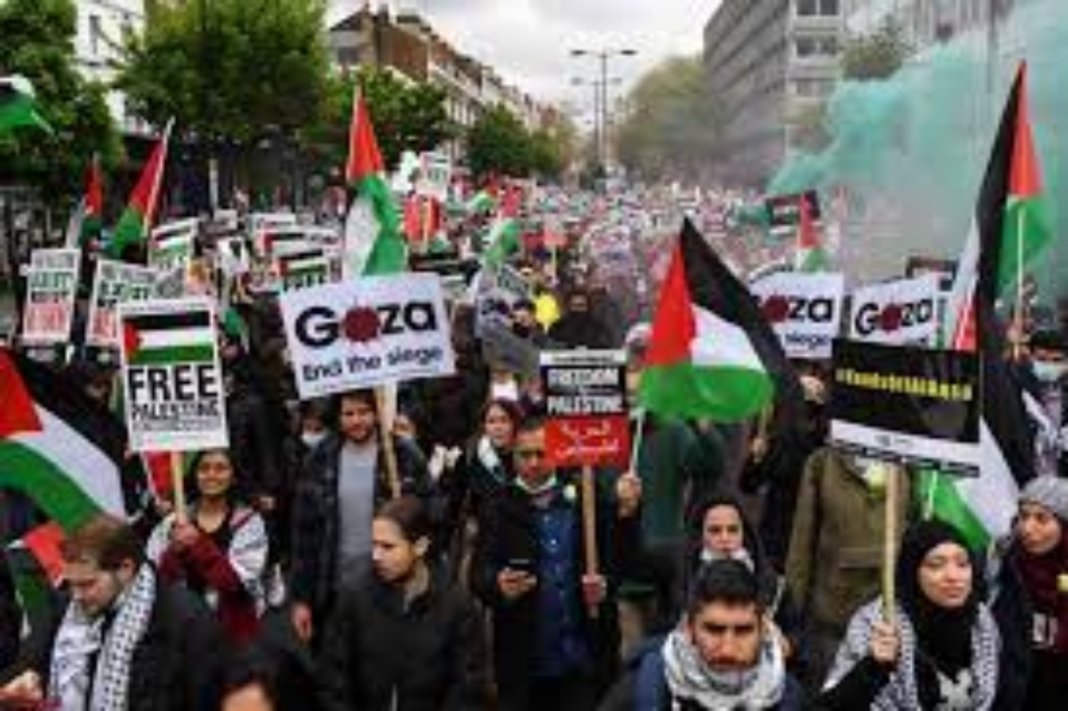 German Interior Minister Horst Seehofer has threatened a crackdown on anti-Semitism at pro-Palestinian protests that are being staged in opposition to the latest Middle East crisis.

“We will not tolerate the burning of Israeli flags on German soil and attacks on Jewish facilities,” Seehofer told the tabloid Bild am Sonntag, in comments published Sunday.

Seehofer was responding to reports of antisemitic slogans and banners at demonstrations in German cities on Saturday.

“Anyone who spreads antisemitic hatred will feel the full force of the law,” the interior minister warned, adding that authorities will do everything to ensure that Jewish people never again live in fear in Germany.

Seehofer’s comments were backed up by the head of the Central Council of Muslims in Germany (ZMD), who denounced the anti-Semitic incidents during Saturday’s rallies.

“Anyone who attacks synagogues and Jews on the pretext of criticizing Israel has forfeited any right to solidarity,” ZMD chairman Aiman Mazyek wrote in a statement to the Frankfurter Allgemeine Sonntagszeitung newspaper.

Mazyek firmly condemned the “disgusting attacks on our Jewish fellow citizens” over the past few days.

Another Muslim organization, the Turkish-Islamic Union for Religious Affairs (DITIB) appealed to Muslims to stay away from hateful crowds.

What happened at the protests?

The protests were mostly peaceful and many demonstrators explicitly expressed their opposition to Israel’s policy towards the Palestinians.

Many held up signs demanding “Freedom for Palestine,” “Stop the genocide,” and “Against Zionists — not against Jews.”

However, there were some scenes of violence and antisemitic agitation in several cities, according to German media.

Some protesters tried to burn Israeli flags, shouted expletives about Jewish people and called for the bombing of Tel Aviv.

Police were also on heightened alert for possible violence as Saturday was also Nakba Day, marked by Palestinians as the “catastrophe” of Israel’s creation in 1948, which turned hundreds of thousands of people into refugees.

German politicians and officials have been quick to denounce antisemitism at other pro-Palestinian protests this week.

In the western city of Gelsenkirchen, 180 people marched from the train station to a synagogue chanting antisemitic slogans.

Israeli flags were set alight in Bonn, Dusseldorf and Munster in the western state of North Rhine-Westphalia (NRW).

Police detained several individuals after rocks were thrown through the windows of synagogues.

German authorities have said that the high emotion over the resurging conflict between Israel and Gaza has attracted Turkish far-right groups and others with extremist views to the protests.

COVID rules broken at some protests

One of the rallies in Berlin saw a turnout of more than 3,500 people but turned violent when police broke it up due to breaches of coronavirus curbs.

Protesters threw bottles and stones as well as firecrackers at officers, authorities said. Some hit officers and police responded with pepper spray.

Canada:Trudeau Just Made a Last Desperate Attempt to Save Face

If You’re Wondering Why Elon’s Going “Nuclear” Against The Left…THIS is...