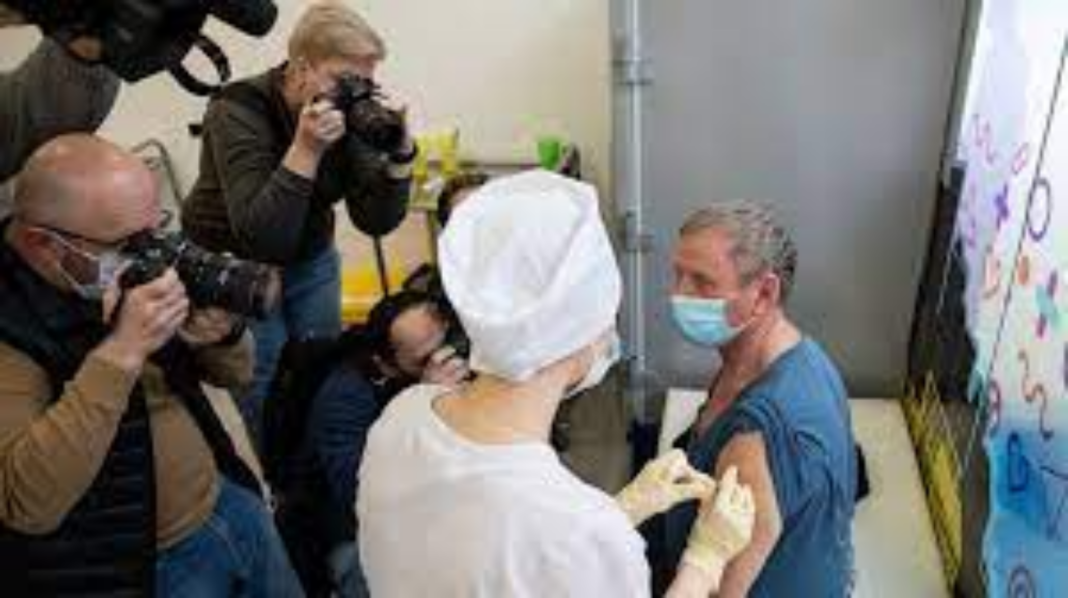 German Medical Association President Klaus Reinhardt on Tuesday said the country was on the home stretch with its vaccine campaign.

While Germany has vaccinated only about 8% of its population with two doses of the vaccine, about 28% have had a first jab.

After a sluggish start to its vaccination program, Germany has picked up the pace with more than a million jabs administered in one day last week.

Too early for the all-clear

Speaking to German broadcaster ZDF, Reinhardt said what while the vaccination overage was “still far too low to give the all-clear,” it was “nevertheless showing effect.”

“We’ve had declining incidence figures for a week now,” said Reinhardt. “I’m sure that this trend will continue.”

While herd immunity is only achieved when about 70% of the population has antibodies, Reinhardt said that transmission drops as vaccinations rise.

The example of Israel, he said, showed that from the moment 20% percent of the population was vaccinated, “the incidence rate decreased rapidly and continuously, down to almost zero.”

“We will also experience this we continue to vaccinate diligently, in all places where it is possible; company doctors, general practitioners, specialist doctors, immunization centers, private practices,” he said.

‘A bit of hope’ possible

Reinhardt said he believed it was “very appropriate” to say that Germany was on the “long home stretch” when it came to a return to normality, thanks to the vaccination campaign. “It should give people a bit of hope,” he added.

The medical chief also urged adolescents and young adults, most of whom have not yet been to be vaccinated, to get the jab when it is their turn.

While these were not a priority group, Reinhardt said, it was “quite sensible” and “reasonable” to vaccinate such a mobile group to reduce the spread more effectively.

Plans are already underway in Germany to allow greater freedoms to people who have been fully vaccinated against COVID-19.

The legislation, which would also apply to people who have recovered from coronavirus, must still be signed off by parliament but could come into force as early as this week.

According to Germany’s Robert Koch Institute for Infectious Diseases, the number of new daily cases has been on the decline in Germany for the past week. The disease has so far killed 83,591 people in the country, with 3,433,516 cases in total.

Ubax Gardheere: A woman who threatened to blow up the School...

Hundreds of Afghan military weapons have been stolen by the Taliban...