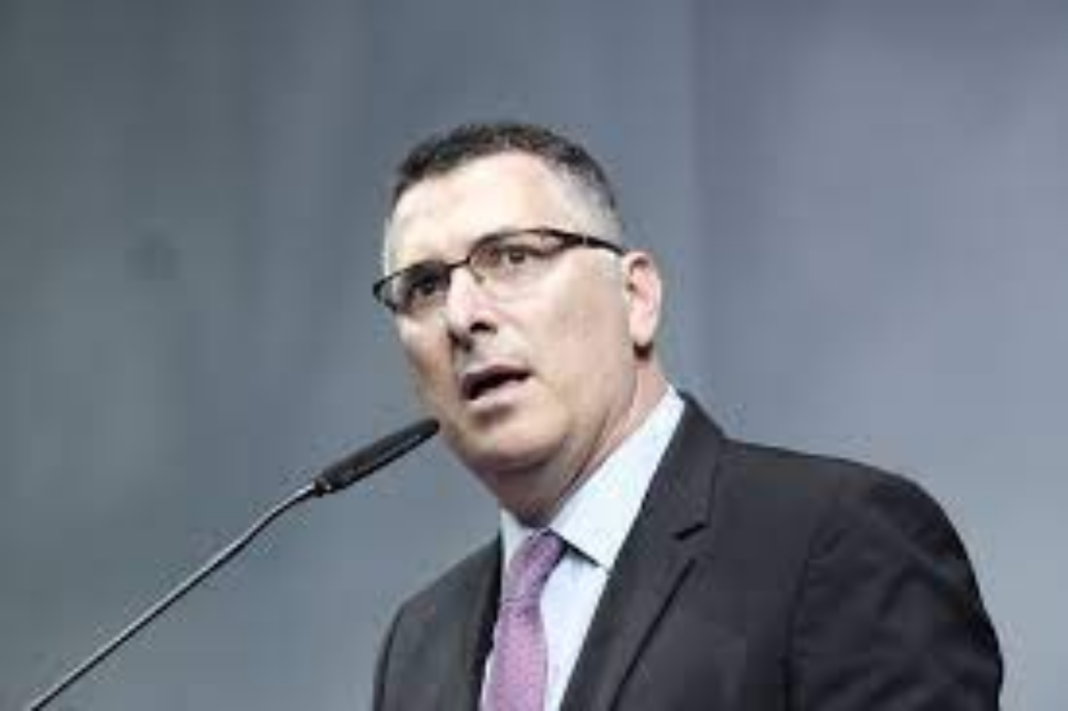 New Hope party leader Gideon Sa’ar will get extra security starting Wednesday, becoming the fifth lawmaker to have security boosted amid an alarming rise in threats linked to the looming government transition.

According to Walla news, the decision was made in response to death threats received by Sa’ar, who is set to be justice minister in the new government.

Four other Knesset members, all from the Yamina party, have also been given extra security in recent days, prime minister-designate Naftali Bennett, Ayelet Shaked, Idit Silman and Nir Orbach.

Right-wing politicians have been castigated and threatened by supporters of Prime Minister Benjamin Netanyahu for linking up with parties from across the political spectrum to form a coalition that will push him from power.

At the same time they have also been courted by Netanyahu and his allies, who had hoped to torpedo the nascent coalition by convincing a single MK to jump ship, thus depriving it of a majority.

Sa’ar is a former top Likud minister who left the party after being blackballed by Netanyahu and unsuccessfully challenging him for the leadership slot. His New Hope party, made up principally of other Likud defectors, ran on a platform of being a home for right-wing voters disenchanted with Netanyahu, and the party’s lawmakers have this far resisted pressure to defect.

The change bloc coalition, led by centrist Yesh Atid head Yair Lapid, is made up of a wide array of parties ranging from Yamina, New Hope and Yisrael Beytenu on the right, to the left wing Meretz, Islamist Arab party Ra’am, center-left Labor and centrist Blue and White. 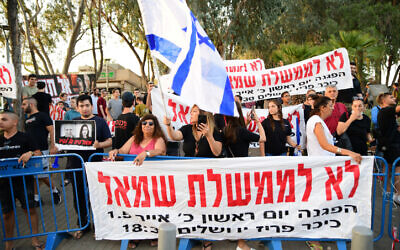 The coalition is set to take power if it passes a confidence vote on Sunday, removing Netanyahu after 12 years at the helm. In recent days, right-wing social discourse has become more and more alarmist, with frequent declarations that the new government could doom Israel and bring about dark times; angry protests outside politicians homes; the burning of political posters; and allegations of treason issued via traditional and social media.

Most of the angry rhetoric and posters have concentrated on Yamina MKs, who were seen as most vulnerable to defect under pressure from the right. But others have also been subjected to death threats, including Yisrael Beytenu head Avigdor Liberman and Meretz MK Tamar Zandberg.

Silman spoke out Monday against the threats, saying that people have threatened to “slaughter” her and stopped her sixth-grader son outside school to tell him “your mother will burn in hell.”

“Heading out of my house and knowing there are cars trailing me isn’t a pleasant feeling. It’s impossible to drop off the kids in the morning. I feel unsafe,” she told Channel 13 news. 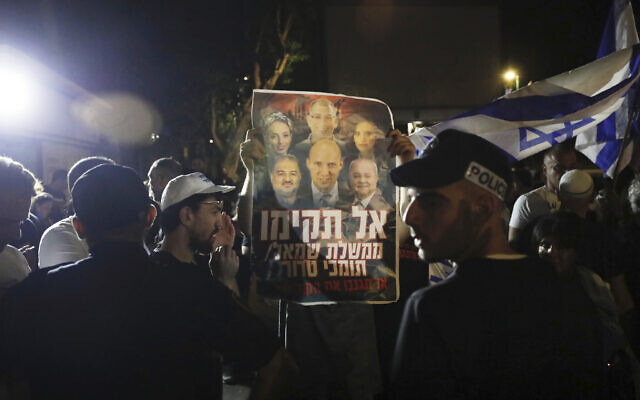 On Saturday, Shin Bet chief Nadav Argaman issued a rare warning against rising incitement and hate speech on social media, and the danger that it will spark political violence.

“We have recently identified a serious rise and radicalization in violent and inciting discourse, specifically on social media,” Argaman said, warning that such online speech could lead some groups or individuals to take violent action and even harm others.

At a faction meeting of his Likud party on Sunday, Netanyahu said he condemned all incitement and violence but claimed that his allies were being singled out unfairly for criticizing their political opponents.

Are any Republican senators listening to the case against Donald Trump?...