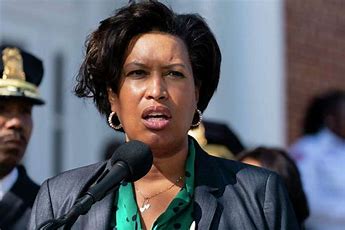 Last week, Washington, DC Mayor Muriel Bowser called for the National Guard to get involved to help her city deal with the influx of migrants being delivered on buses from Texas. “The pace of arriving buses and the volume of arrivals have reached tipping points,” Bowser wrote in her request for assistance.

Today, Gov. Greg Abbott extended an invitation for Mayor Bowser and Mayor Adams of New York, who has also been complaining about the influx of migrants, to come to the border and see first hand what is going on:

As you know, our nation’s southern border has become both a humanitarian and security crisis. This crisis was created by President Biden and is one that requires immediate and decisive action
to be stopped. As Governor of a southern border state, I have watched illegal crossings hit record highs over and over again since President Biden took office. In the absence of federal action, I have deployed unprecedented resources to prevent, deter, and interdict illegal immigration and transnational criminal activity that threatens our citizens. Texas has spent over $3 billion in the past 18 months to curtail the devastation felt by our communities large and small…

As law enforcement agents along the Texas-Mexico border respond to thousands of illegal crossings each and every day, putting their lives on the line for Texans and for all Americans, the
crisis demands the attention of not only the Biden Administration, which is responsible for securing the border, but of leaders across the country. Unfortunately, President Biden and his
“Border Czar” Vice President Harris have refused to see this crisis for themselves—remaining willfully ignorant of the crisis that they have created. In fact, U.S. Department of Homeland
Security Secretary Mayorkas recently testified that the border is “safe and secure.” It is neither safe nor secure, as you can both attest to.

Your recent interest in this historic and preventable crisis is a welcome development—especially as the President and his Administration have shown no remorse for their actions nor desire to
address the situation themselves. As Governor, I invite you to visit our border region to see firsthand the dire situation that only grows more urgent with each passing day, and to meet with
the local officials, who like yourselves, realize this matter deserves immediate federal action. I also ask you to join me in requesting President Biden secure the border and put an end to this
disastrous crisis…

I look forward to welcoming you the Texas-Mexico border so that you can see this crisis for yourself. Please contact my office to make travel arrangements for your visits.

Obviously, Gov. Abbott is doing two things at once here. On the one hand he’s extending a genuine offer to for the mayors to see up close and personal what is happening on the border. But at the same time, he’s also getting in a number of digs on the President and even on the mayors themselves. The line, “Your recent interest in this historic and preventable crisis is a welcome development,” is clearly not meant as a complement.

So far it looks like neither mayor has responded. I doubt that’s because they didn’t notice. More likely it’s because they don’t have anything to say. If they accept the offer they become part of Abbott’s attack on the president. And if they refuse it they look like cowards who are afraid they’ll learn something that doesn’t fit their ideological agenda. So their best option is probably to say nothing.

My own take is that a crisis like the one at the border happens, in part, because we’ve reached a point where both sides talk past one another and neither side is willing to actually discuss the problem. Imagine for a moment a mayor who wasn’t afraid to accept this invitation and who would actually take the problem seriously instead of whining about the tiny portion of it that is showing up on his doorstep. I think someone like that would garner some real respect as a leader. Unfortunately, I don’t see any indication that will happen. Instead everyone will stay at home and play it safe politically and, as a result, nothing will be learned and no minds will change. It’s disappointing but not really surprising.