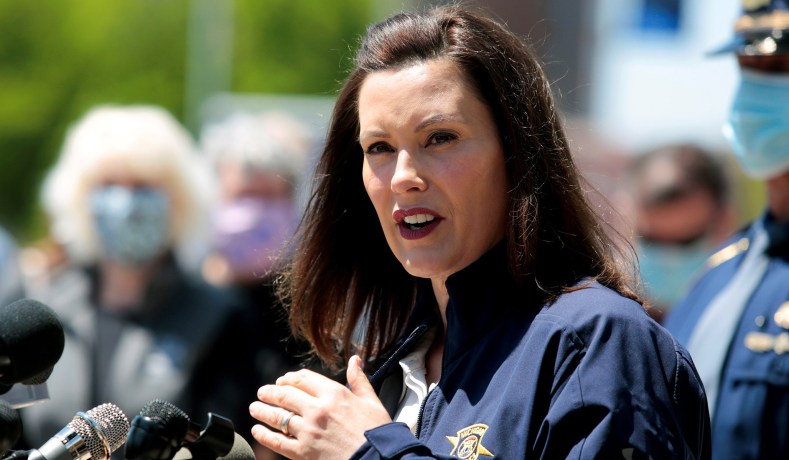 It’s probably the last question anyone would have expected to ask during the first few months of this pandemic: Did Michigan governor Gretchen Whitmer open up her state too quickly?

And yet, that seems like a fair question, as Whitmer is now asking, but not requiring, residents of her state to switch back to old quarantine habits.

Gov. Gretchen Whitmer is strongly urging Michigan’s high schools to suspend in-person classes and youth sports for two weeks as well as asking diners to avoid eating at restaurant indoors for the same period to combat a surge in cases and hospitalizations.

“We all need to go above and beyond the rules that are already in place,” she said.

The governor also asked people to avoid indoor gatherings in general and pushed for more people to get the vaccine.

“To be very clear, these are not orders, mandates or requirements,” Whitmer said of her requests to schools, athletes and restaurants. “A year in, we all know what works and this has to be a team effort. We have to do this together. Lives depend on it.”

This was the first briefing on the pandemic from Whitmer in three weeks.

“All metrics are increasing at an accelerated rate over the past week compared to the week prior. The [COVID-19 testing] percent positivity (15.6 percent) has increased for six weeks. Positivity up 38 percent since last week, and 348 percent since previous low on Feb 19. All MERC regions have increasing positivity. The state’s seven-day average case rate is 491 cases per million and is increasing for six weeks. Case rates are up 51 percent since last week and 375 percent higher than the mid-February low. Case rates in all regions are more than double 150 cases per million, except in the Upper Peninsula where it is 213 cases per million. Statewide hospitalizations for COVID-19 are increasing for four weeks. There are 11.9 percent of inpatient hospital beds in Michigan occupied by patients with COVID-19. This is up 46 percent in the past week and is up 203 percent from the February low… The state death rate (2.4 deaths per million people) is increasing for a second straight week. The death rate is up 36 percent over the past week and is up 75 percent higher than the low on March 9.”

Possibly a few other states have seen a dramatic explosion in cases like this during this pandemic, but not many.

Several hospital chains in the state said they were postponing nonessential treatments again.

Earlier this week, Allahpundit at Hot Air floated an interesting theory — that Michigan hadn’t been hit so bad in the earlier waves, so they have more people vulnerable to the current wave:

Out of 50 states, Michigan is ranked 42nd in confirmed cases per capita since the start of the pandemic. And that’s not a pure function of lower testing; it’s ranked 22nd in tests per capita by comparison. Other northern states that experienced hellacious spikes previously may have seeded enough infection that even the unvaccinated share of the population enjoys a meaningful degree of protection. Not in Michigan, though, perhaps. They may have more dry tinder for the virus to burn through than neighboring states have due to their luck in dodging a nasty outbreak earlier in the pandemic. And now their luck’s finally run out.

Interestingly, if we look back one year ago, we find local coverage asking: “Michigan is doing the right things on coronavirus. So why is the caseload so high?”

Haiti prime minister says elections to be held next year