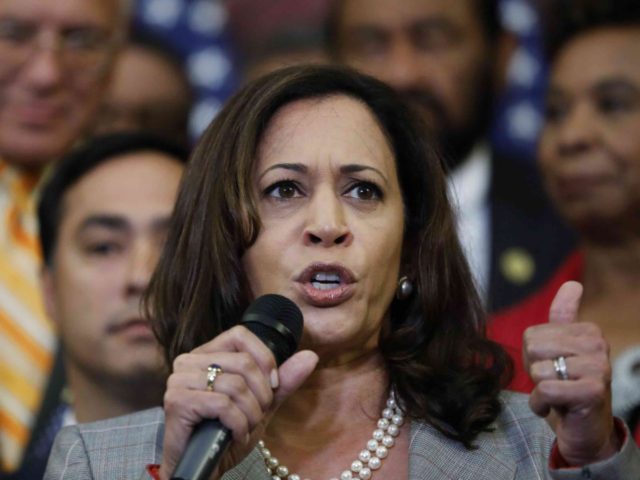 TPS eligible migrants may travel back to their home country. However, the U.S. federal government designates that a foreign nation be eligible for the status when its nationals cannot return safely.

Giammattei’s request for TPS came Tuesday, during a phone conversation with VP Harris, tapped by U.S. President Joe Biden to lead the White House response to the migrant surge that is overwhelming America’s southern border.

The Guatemalan government issued a Spanish-language statement about the encounter on the same day it took place.

The White House issued a readout of the phone conversation without mentioning the Guatemalan president’s TPS request.

U.S. Citizenship and Immigration Services lists the following temporary conditions as reasons why the Department of Homeland Security (DHS) may designate a country for TPS:

Ongoing armed conflict (such as civil war); An environmental disaster (such as earthquake or hurricane), or an epidemic. [As well as] other [unidentified] extraordinary and temporary conditions.

Profound malnutrition is reportedly driving Guatemalans to the U.S. border.

On Thursday, the Washington Post linked the “hunger crisis” in Guatemala to climate change, noting:

Guatemala now has the sixth-highest rate of chronic malnutrition in the world. The number of acute cases in children, according to one new Guatemalan government study, doubled between 2019 and 2020.

The crisis was caused in part by failed harvests linked to climate change, a string of natural disasters and a nearly nonexistent official response.

Neither the U.S. government nor its Guatemalan counterpart mentioned the hunger crisis in their statements about the meeting.

Nevertheless, the White House indicated that Harris and Giammattei had agreed to work together on climate change and other issues to deal with the root causes of migration to the United States.

They agreed to explore innovative opportunities to create jobs and to improve the conditions for all people in Guatemala and the region, including by promoting transparency and combating crime.

Vice President Harris and President Giammattei agreed to collaborate on promoting economic development, leveraging technology, strengthening climate resilience, and creating the conditions to expand opportunity for people in their home countries to address the root causes of migration to the United States.

The Guatemalan statement also noted that the two leaders discussed several issues that affect both countries.

They reviewed issues on the rich bilateral agenda such as cooperation for economic and social development, border security, and migration, among others that allow combating the structural causes that motivate irregular migration.

Harris thanked the Guatemalan leader for his efforts to secure the Central American country’s southern border with Mexico, the White House acknowledged.

Giammattei could pressure the Biden administration for TPS in exchange for continuing their border security efforts.

Salvadorans and Hondurans, along with nationals from another nine countries, already qualify for TPS.

Migrants from the Northern Triangle, a Central American region covering Guatemala, El Salvador, and Honduras, make up most migrants feeding the ongoing surge at the U.S.-Mexico border.