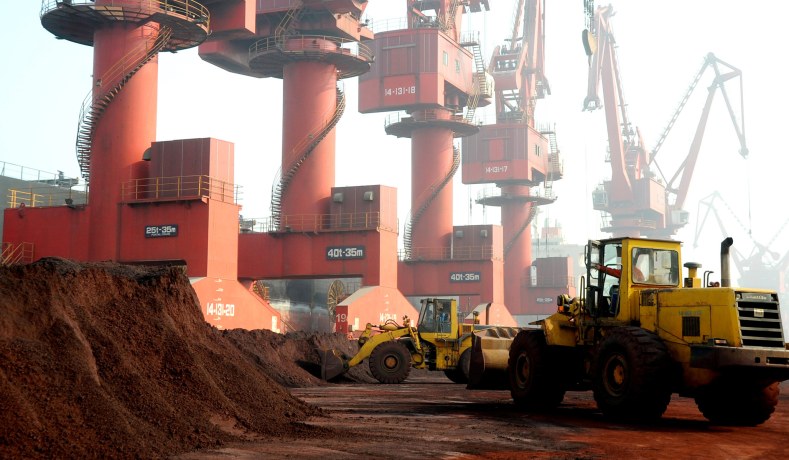 The U.S.-China competition has shined a spotlight on some oft-overlooked places, and in the most recent such example, Greenland’s snap elections this week garnered an unusual level of attention.

A controversial rare-earths project backed by an Australian company in which a Chinese firm has a significant investment, was a polarizing topic in the Arctic territory. Following yesterday’s vote, the left-wing Inuit Ataqtigiit party, which ran on a platform opposing the project, has been charged with forming a governing coalition.

WSJ explains what was at stake when the territory’s 56,000 residents went to the polls yesterday:

The election is a blow to a massive project that Beijing was eyeing as part of its efforts to increase its grip on the world’s rare earths — the raw materials necessary to make the batteries and magnets that power everything from cellphones and electric cars to wind turbines. Global demand for rare earths is forecast to soar as countries push to meet their commitments under the Paris Climate Accord, which President Biden has decided to rejoin.

China mines over 70% of the world’s rare earths and is responsible for 90% of the complex process to turn them into magnets, according to Adamas Intelligence, which provides research on minerals and metals. The mining project in Kvanefjeld, a mountainous area along Greenland’s jagged southern coast, was expected to produce 10% of the world’s rare earths, according to Greenland Minerals Ltd., an Australia-based firm that holds the project’s exploratory license.

And, crucially, if the project were to come to fruition, it’d rely on a significant investment by Shenghe Resources Holding Co. Already a dominant player in the rare earths industry, Shenghe Resources would notch a significant victory if the Kvanefjeld project were approved because it “has been identified as having the world’s second largest deposit of rare-earth oxides and the sixth largest deposit of uranium,” according to a press briefing by Dwayne Menezes of the Polar Research and Policy Initiative.

With Beijing and Washington at loggerheads, the Chinese Communist Party could well leverage its advantage in rare earths to its advantage in diplomatic disputes, and, potentially, during a military conflict. As Steve Hanke noted in February, the Chinese party-state has in fact already used this tactic, in 2010 cutting rare-earth exports to Japan amid tensions in the East China Sea.

Although the U.S. has sought to close the rare-earths gap in recent months, it lags significantly behind China. Presidents Trump and Biden issued executive orders to review America’s dependence on these minerals, and the Quad grouping of the U.S., Australia, India, and Japan is expected to address the rare earths vulnerability together.

IA’s victory temporarily denies the CCP another lever with which to exert influence over the rare-earths industry, but that comes as no relief. The U.S. still remains far too vulnerable to a potential export ban.

Homeowner tried to defend property from burglar with stick. When that...