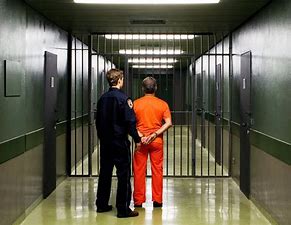 As Ed pointed out earlier today, White House spokesperson Jen Psaki was mocking Fox News’ focus on rising crime just a few days ago. But here it is Friday and President Biden is in New York meeting with Mayor Adams about…rising crime.

A senior administration official, laying the groundwork for that meeting, said the president does not believe “the answer is to defund our police.” In other words, the president is definitely not mocking the thing that Fox News is focused on. He’s doing what he can to be seen taking it seriously.

That’s very much in keeping with advice that Ruy Teixeira offered Democrats earlier today on Substack.

Democrats still seem very far from former UK prime minister Tony Blair’s felicitous slogan: “Tough on crime, tough on the causes of crime”. Conservative outlets like Fox News may exaggerate but voters really do want law and order—done fairly and humanely, but law and order just the same. Democrats—with some exceptions like Adams—still seem reluctant to highlight their commitment to cracking down on crime and criminals because that is something that, well, Fox News would say.

Instead Democrats are associated with a wave of progressive public prosecutors who seem quite hesitant about keeping criminals off the street, even as a spike in violent crimes like murders and carjacking sweeps the nation. This is twinned to a climate of tolerance and non-prosecution for lesser crimes that is degrading the quality of life in many cities under Democratic control.

This has got to stop. Weakness on crime damages the Democrats’ brand and especially hurts some of their most vulnerable constituents.

But over at the Washington Post, progressive columnist Greg Sargent is arguing with Teixeira. His headline, which he may not have written himself, is a bit misleading: “Why are Democrats struggling with working-class voters? Don’t blame ‘wokeness.’” Actually, Sargent doesn’t really say people shouldn’t blame wokeness. In fact he somewhat concedes that Teixeira has a point about that. [emphasis added]

Teixeira’s oft-heard argument is that Democratic struggles are driven by alienation of working-class voters of all races. This stems from the party’s refusal to draw a hard line against its professional political class’s obsession with “woke” causes…

Democrats, says Teixeira, must forcefully call out “liberal bubble” jargon, and instead follow the “What Would The Working Class Say?” test. They must stand for public safety, secure borders and “non-ideological” education centered on “inclusive nationalism,” not “race essentialism.”

There is something to this. Biden was slow to rebut GOP attacks over crime in 2020. The 2020 Democratic primary lurch left on immigration might have hurt. Democrats underestimated the backlash to concerns about curriculums and school closures in Virginia.

There is something to this but Sargent wants to argue a slightly different point. He says this advice to be less woke isn’t very practical because ultimately Democrats can’t just give up on things progressives care about. Can they?

The constant focus on “defund” makes it easier for antiwoke critics to dodge hard questions about what choices their advice really should dictate.

On immigration, to favor a “secure border,” should the Biden administration simply stop admitting migrant kids and restore former president Donald Trump’s ban on them? As it is, Biden has continued many Trump policies, including keeping out asylum-seeking adults on a bogus public health rationale.

Does being for a “secure border” mean keeping Trump policies in place forever?

This is akin to an argument I’ve written about before. Are moderate Democrats put off by certain woke buzzwords or are they put off by actual policies? My answer to that question is that the two are intimately connected. As soon as someone uses the word “Latinx” you instantly know a great deal about what they believe. They are part of a fringe group and probably hold a host of woke beliefs about race and other issues.

So I think what Sargent is really asking here (he’s not offering any solutions of his own) is where progressives are supposed to draw the line. Is it enough to stop using certain words or do they have to actually lose policy battles as well?

To be clear, I don’t really think Sargent is asking these questions in earnest. I think he’s trying to change the subject away from “wokeness,” where he knows Democrats are in a losing position,  to specific progressive policies where he hopes Democrats might have a better chance. Nevertheless, here’s my sincere answer: It’s not just the words. Progressives are going to lose the associated battles as well because their extreme solutions are often not popular beyond a fringe of the party.

To take one example, Biden has done a terrible job managing the border and that means he cannot go along with any progressive guidance about 1) ending Remain in Mexico, 2) ending Title 42 removals, 3) decriminalizing the border and 4) abolishing ICE, etc. What he actually needs to do is bring the number of illegal migrants arriving at the border down to a level that CBP can manage without resorting to secret midnight flights and turning convention centers into temporary holding facilities.

Does that mean Trump’s policies are in place forever? No. Once order is restored, Biden can consider making changes.

The exact same thing is true for crime. Having Biden’s staff say he’s against defunding the police is a start, but what really matters is bringing down the number of shootings, murders and robberies. Until that happens, he definitely cannot side with progressive DAs who refuse to take any responsibility for the crime surge. If Democrats want to nullify the crime issue they need to clearly and publicly side with police who are the ones sent out to deal with the problem. They also need to side with crime victims who are paying the price for the current surge in crime. Since policing is more of a local, regional and state issue, Biden’s role is mostly symbolic but he could probably help the party a lot by unabashedly siding with cops and by rejecting the demands of anti-police advocates.

Will Biden be stuck in tough-on-crime mode forever? No but it could be a few years given that national changes like we saw in 2020 don’t happen overnight.

Bottom line, saying the right words (or not saying the wrong ones) won’t be enough. These problems are not PR problems, they are reality problems. If the numbers are going in the wrong direction (on crime, etc.) no one wants to hear more woke ideas for reimagining public safety. Get the problem under control first and then people might be willing to listen to novel and untried approaches.