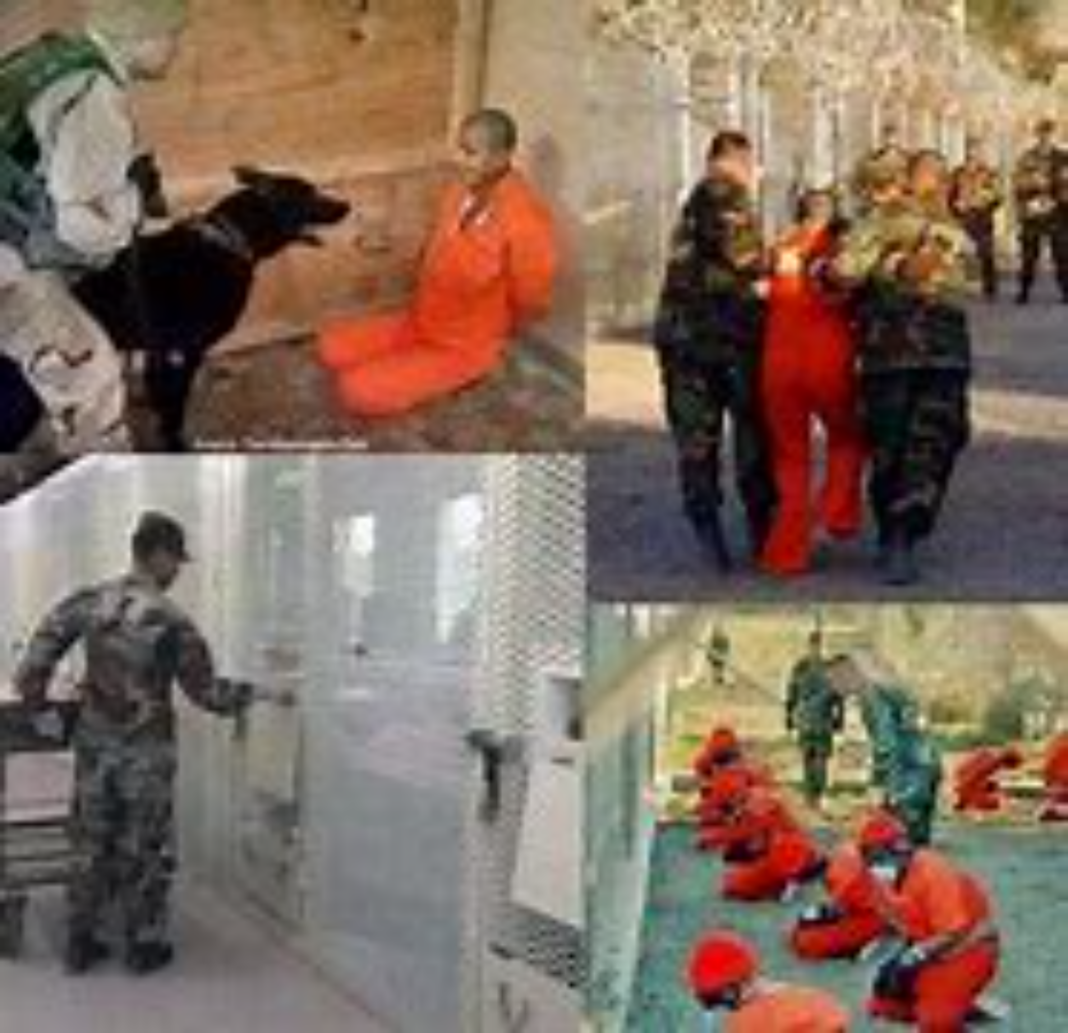 Thanks to Biden-Obama, hundreds of the worlds most evil terrorists have been released from US custody and are now free to pursue their murderous revenge against the west.

According to US intelligence documents, A total of 229 “rehabbed” radical extremists have been released over the past few years and have returned to terrorism, some have already even been able to kill Americans.

What’s even more ridiculous – as Biden discreetly works to release more detainees – US forces now have the responsibility of tracking all of them down, but an astonishing 66% of them have evaded recapture and are still on the run.

Once again, Trump and the Gateway Pundit were right about the horrible decision to release these “vicious prisoners.”

Trump Was Right – Another Gitmo Prisoner Returns to Life of Terrorism

All part of the plan? Or just complete incompetence?

At the beginning of his fraudulent presidency, Biden reversed Trump’s executive order to keep Guantanamo Bay open and has since begun the process to close the facility that holds “the worst of the worst” who are considered too dangerous to release.

Despite warnings from military officials, he dutifully continued Obama’s plan for the prison. His administration has been lining up the transfer or release of the 39 prisoners that are currently still housed at Gitmo and was able to free their first one last month.

Biden has also quietly scheduled 10 other terrorists to be released after they were ‘cleared’ by his administration, including some members of Osama bin Laden’s personal security and a safehouse operator that was involved in 9/11.

“Last month, the president freed his first prisoner — accused terrorist Abdul Latif Nasser — leaving the number of remaining detainees at 39. Ten others have been cleared for release, including some of Osama bin Laden’s bodyguards and 9/11 mastermind Khalid Sheikh Mohammed’s safehouse operator, according to Gitmo parole board documents.” – According to The NY Post.

The remaining detainees are awaiting parole hearings that were granted after their lawyers appealed their cases to Biden’s administration. Considering the way it has gone up until now, they have all but secured their release.

One of the prisoners awaiting their hearing – Mohammad al-Qahtani – is one of the suspected hijackers that was instrumental in the attack on 9/11.

That scumbag should never see the light of day again for his part in killing thousands, but not according to Biden or the Anti-American Marxists pulling his puppet strings.

Unbelievably, Biden continues to grant these monsters their freedom despite being fully briefed by US intelligence that 1/3 return to militant or terrorist activities against America.

He was also aware of the many instances where they managed to kill Americans. At least 12 of them have perpetrated attacks on US forces, and although the exact number is classified, around a half-dozen soldiers and American civilians were killed by their efforts.

Additionally another group of detainees – Obama’s notorious “Taliban five” – played a key role in the overthrow of Afghanistan after Biden set the stage for the country to fall.

Who Could Have Guessed it? Obama’s “Taliban Five” Were Instrumental in the Overthrow of Afghanistan

The majority who went straight back to terrorism are Afghan nationals, which is especially concerning because of the current evacuation efforts in Kabul. Countless numbers of unvetted ‘refugees’ will be making their way to the US, some of which will undoubtedly be Taliban or these former prisoners.

According to a December 2020 intelligence report, out of the 729 dangerous criminals who have been released, 229 have reengaged in terrorist activities, including coordinating and executing attacks, and recruiting and funding terrorists.

And now, thanks to Biden-Obama, these sickos are free to continue using violence to further their radical ideologies.

What are they going to be able to do now that they have billions of dollars in high tech weapons?

The Rise and Fall of the Conservative Movement