Roce Today – Politics, Opinions, Gun Rights,Pro-Life and Border Wall
Home Politics Guess who may have made up to $640 million from ‘outside income’... 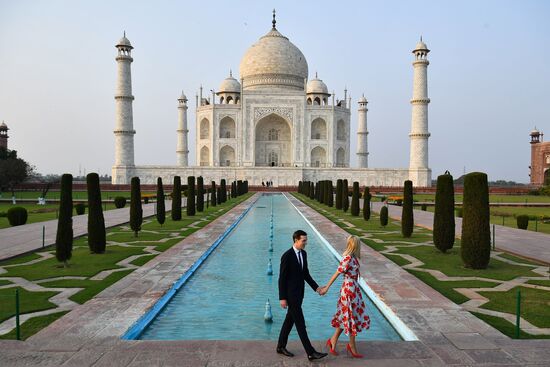 CREW points out Ivanka’s ownership stake in Trump’s Washington, D.C.. hotel, the one that overcharged and housed every pay-to-play player over the past four years. But here the finances begin to get very muddy. Ivanka and Jared’s financial disclosures combine for somewhere between $23,791,645 and $120,676,949 in outside income for the 2020-2021 year. They include the amazing move by Ivanka to cut the value of her previous years’ stake in the D.C. hotel from “between $5 and $25 million as reported in her previous disclosures to $100,001 to $250,000.” This coincided with the final year in office and … an emerging pandemic. Stroke of luck, I guess?

Jared on the other hand, kept his ethically bankrupt interests in Cadre, the real estate technology company that benefited the most from his and Ivanka’s stay at the White House.  This was the company that had Jared seemingly in the hole for around $1 billion when his daddy-in-law Donald took office. This is the same company debt that Kushner conveniently left off his financial disclosure forms. (Side note: Kushner got some of the original seed money he owed from right-wing boogie man George Soros.*) Subsequently, Ivanka began getting trademark deals from Russia and China, and Cadre got lots of secret funding from foreign investors. Then, Ivanka won the Chinese trademark lottery—34 Ivanka trademarks!—coinciding with her father publicly vowing to save China telecom giant ZTE.

Meanwhile, Jared reportedly created a shell company that was used to pay out Trump family members to the tune of more than half a billion dollars from the Trump campaign war chest. To top it off, whatever money deals Jared and Ivanka have been making behind the scenes with foreign bagmen, none of it has translated into anything resembling benefits for America or Americans. In fact, we are in a global pandemic where the logistics of vaccines and vaccine rollouts have been in large part delayed and spotty due to the greed and incompetence of Jared Kushner and his cronies. How much Jared and Ivanka made off of Trump’s campaign war chest or by self-dealing Trump’s inaugural committee funds is still under numerous investigations.

These two rich kids have a long history of being exactly as superficial and elitist and mediocre as one could imagine. Whether it was forcing American taxpayers to foot a $3,000-per-month bill because they refused to allow their Secret Service detail to use of even one of their reported six bathrooms, or just blatantly lying about their crapulence as people, Trump and Kushner have shown that we have generations of born rich corruption still ahead of us.

Big businesses have shown that they will support the most incompetent people like the Trumps and Kushners in any way they feel gives them a better chance at making more money. The need for our country’s justice system to fully investigate and prosecute even the wealthiest and most powerful among us has never been more apparent. Maybe that’s why reports of Donald trying to figure out ways to preemptively pardon his money-makers were so very believable.

Biden funneled 20 times as much taxpayer money to the abortion...