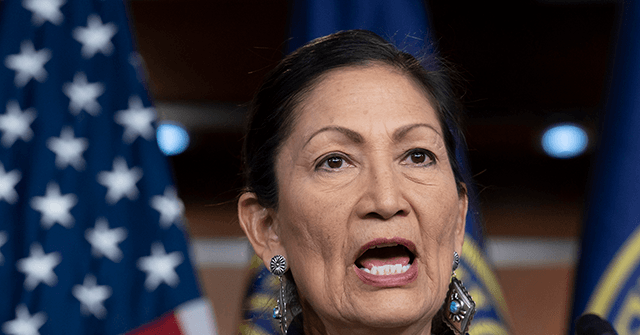 Haaland called the orders by her predecessors, Ryan Zinke and David Bernhardt, “inconsistent with the department’s commitment to protect public health; conserve land, water, and wildlife; and elevate science.”

Collectively, the previous orders “tilted the balance of public land and ocean management without regard for climate change, equity or community engagement,” Haaland said.

In a statement the day before Haaland’s decision, the American Petroleum Institute cautioned against Biden’s policies opposing fossil fuel development: “Enacting these policies means only that we will likely import more oil and natural gas from countries with lower environmental standards and could revert back to coal for power generation, resulting in higher emissions domestically, precisely the opposite of the administration’s intended effect.”

Barack Obama and Joe Biden ran on promises to make the U.S. energy independent, both in 2008 and 2012. Politico noted in 2012: “Every president since Richard Nixon has promised energy independence. None has delivered.”

But by Trump’s last year in office in 2020, energy independence was a reality.

Joel B. Pollak is Senior Editor-at-Large at Breitbart News and the host of Breitbart News Sunday on Sirius XM Patriot on Sunday evenings from 7 p.m. to 10 p.m. ET (4 p.m. to 7 p.m. PT). He is the author of the recent e-book, Neither Free nor Fair: The 2020 U.S. Presidential Election. His recent book, RED NOVEMBER, tells the story of the 2020 Democratic presidential primary from a conservative perspective. He is a winner of the 2018 Robert Novak Journalism Alumni Fellowship. Follow him on Twitter at @joelpollak.

Media ecosystem is shaped and orchestrated by public-relations