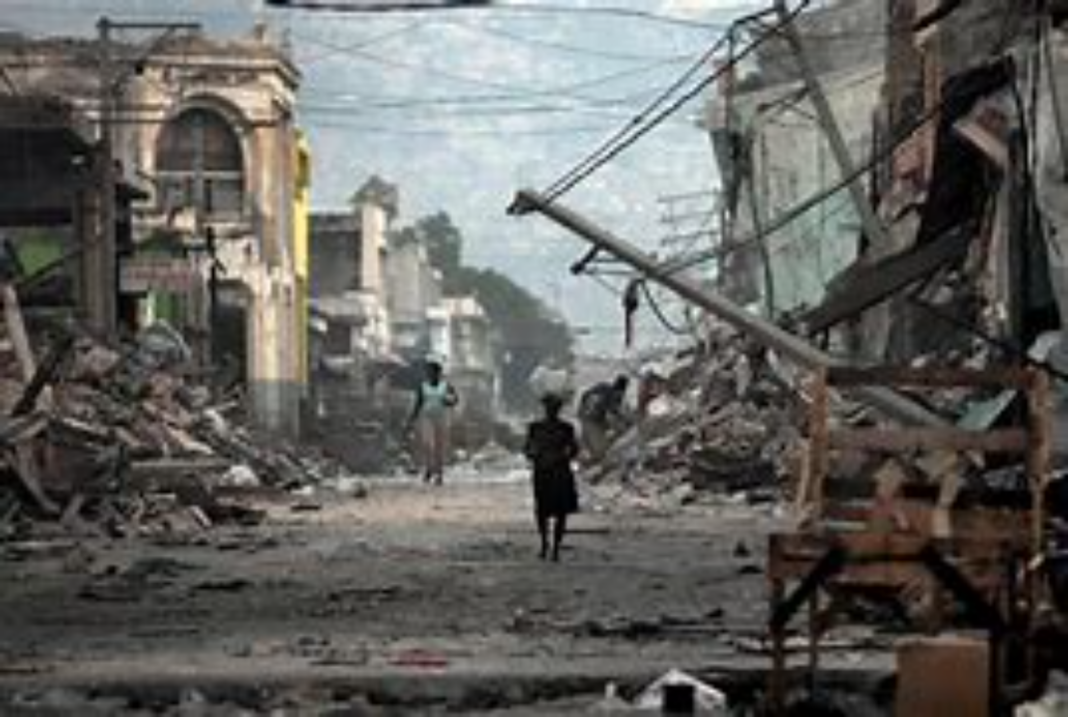 More than 1,200 people are confirmed dead after the massive earthquake that struck Haiti on Saturday. But as rescue crews dig through the rubble of countless flattened buildings, many fear the actual death toll will be much higher.

As of Sunday night, the official toll stands at 1,297 dead and 5,700 injured. The 7.2-magnitude quake damaged every kind of building, including schools, hospitals, churches and prisons. Thousands of houses have been destroyed. And the poor island nation is bracing for another battering, as Tropical Depression Grace threatens to bring heavy rains and potential mudslides on Monday.

The devastation is hampering delivery of aid

“Hospitals are totally overwhelmed,” Lubin said. “We are in need of doctors, of medicine. And the aid needs to get to the remote areas. The roads are blocked. So, there’s a lot, a lot, a lot to do.”

According to Haiti’s civil protection service, 1,054 deaths have been reported in the southern part of the country, 122 in Nippes, 119 in Grand’Anse, and two in the northwest.

Several humanitarian aid organizations have sent teams to Haiti to assess the situation. In the Nippes community of L’Asile, about half of all homes have been destroyed, said Mercy Corps communications director Lynn Hector. Major markets in the area have collapsed, leaving people without much needed supplies, she said. Damaged roads and collapsed bridges have also made it difficult to bring in supplies.

“Everywhere is agony,” said program manager Allen Joseph, who is on the ground in Nippes. “Many, many people are without homes anymore. People everywhere we went were crying, worried. Moving around is very difficult.”

The International Federation of Red Cross and Red Crescent Societies in America are supporting search and rescue operations, as well as assisting with first aid and shelter. Priorities also include guaranteeing access to water and sanitation, while also keeping people safe from COVID-19, the group said.

Aid organizations have warned that the death toll is likely to increase. “The damage is enormous and people are working with all their might to get as many people as possible out of the rubble,” the Netherlands Red Cross said earlier on Sunday. “The misery is not over yet.”

Individuals are trying to help as well. Richard Hervé Fourcand, a former Haitian senator, has rented a private airplane to ferry the injured from Les Cayes to Port-au-Prince. “I have 30 people in serious condition waiting for me,” he told The New York Times. “But I only have seven seats.”

And tennis star Naomi Osaka has vowed to donate any tournament prize money she might win this week to Haitian relief efforts.

In an interview with ABC’s Good Morning America, Haiti’s ambassador to the U.S., Bocchit Edmond, said authorities are still trying to figure out exactly how bad the devastation is. Their top priority is getting medical attention and shelter for people who have been hurt or displaced, he said.

Edmond is also concerned that the weather will complicate relief efforts. Tropical Depression Grace, currently wending its way through the Caribbean, could bring heavy rains and flooding on Monday as it hits Haiti, potentially triggering mudslides. Many areas could see 4 to 8 inches of rain, with isolated spots of 15 inches across the south of the country, the National Hurricane Center said.

“Hopefully Grace will be graceful enough to spare us,” Edmond said.

Not Even CNN Could Spin Biden’s Latest Poll Numbers As Anything...