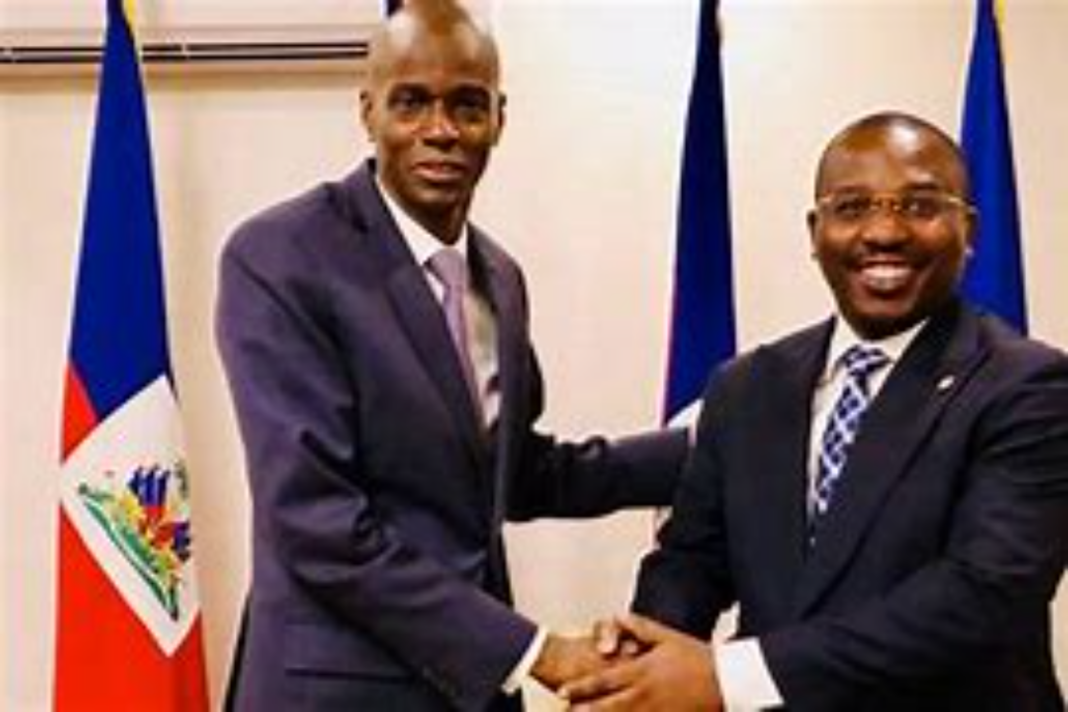 Authorities in Haiti on Thursday forcefully pushed back against reports that current government officials were involved in the killing of Haitian President Jovenel Moïse, calling them “a lie.”

“The police warns of all propaganda creating a diversion,” he said, adding that the government has no evidence to support those claims.

Haitian authorities have otherwise not been very forthcoming with information about who might have been behind the killing, suggesting that media reports implicating current officials had struck a nerve in the government.

In Colombia, Gen. Jorge Luis Vargas, the head of that country’s national police force, told reporters that he had no information suggesting Joseph had any role in the plot.

Meanwhile, U.S. President Joe Biden said Thursday that he will send U.S. Marines to bolster security at its embassy in Haiti but that deploying American troops to stabilize the country is “not on the agenda.”

Haiti’s interim government last week asked the U.S. and the United Nations to deploy troops to protect key infrastructure following the assassination. Biden had signaled he was not open to the request, which comes as he is drawing down U.S. forces in Afghanistan this summer.

Mathias Pierre, Haiti’s elections minister, told The Associated Press that he believes the request for U.S. troops is relevant given what he called a “fragile situation” and the need to create a secure environment for elections scheduled to happen in 120 days.

He also said the words “not on the agenda” leave the option open.

”This is not a closed door. The evolution of the situation will determine the outcome,” Pierre said. “In the meantime, the government is doing everything we can to stabilize the country, return to a normal environment and organize elections while trying to come to a political agreement with most political parties.”

Charles, the police chief, said the head of Moïse’s security detail, Dimitri Hérard, had been removed from his post and placed in isolated detention after officials interrogated him. Police had announced his detention in recent days. Charles said authorities will meet with him a third time before deciding the next steps.

Hérard has not officially been named as a suspect in the investigation, but many Haitians have questioned how attackers could have invaded the president’s house and killed him with no injuries among those assigned to protect him.

The press conference was held a day after the Colombian TV station aired a report it said was based on information from FBI sources and Haitian authorities as well as telephone calls, pictures and testimony from those accused of participating in the plot.

“I’m issuing a formal denial to these allegations,” Charles said, calling them “a lie.”

Joseph, the interim prime minister, was about to be replaced when the assassination occurred. Moïse had named him to the post in April following the resignation of Joseph Jouthe, who held the post for just over a year.

Two days before the assassination, Moïse announced that he had chosen a new prime minister, neurosurgeon Ariel Henry. But the new prime minister had not yet been sworn into office as of July 7, and Joseph has insisted he is in charge of the government, a claim that has been recognized by the U.S. and others.

He added that the investigation has benefited from the help of the FBI and foreign countries that he did not name.

On Thursday, a group of FBI agents gathered at Moïse’s private home and met with other officials as they entered and exited the compound under the gaze of curious onlookers while Haitian police officers walked to their vehicles with bags containing unknown items.

Eight FBI agents are on the ground in Haiti helping with the probe, said to a senior Biden administration official, who agreed to give the information only if not quoted by name because he was not authorized to comment publicly. In addition, officials from the Justice Department’s criminal and national security divisions, the Department of Homeland Security and the U.S. attorney’s office for the southern district of Florida are working with Haitian national police.

The U.S. law enforcement officials are focused on tracing the origin of weapons used in the attack, investigating any possible U.S. link to the killing and looking into potential charges that could be filed against anyone involved in the United States.

He added that a U.S. delegation that arrived in Haiti on Sunday visited the airport and seaport in Port-au-Prince and discussed additional training and equipment that could be provided to secure that critical infrastructure.

The official noted international “fatigue” for Haiti, adding that U.S. officials said they made clear to the competing Haitian factions that building a coalition government would go far to “reenergize support” in the international community.

Meanwhile, the Pentagon issued a statement saying that a small number of the Colombian suspects had received U.S. military training and education programs while serving in the Colombian military. It said it had no additional details to offer pending a review that is still in progress.

The U.S. has provided substantial support to the Colombian military over the years and has trained many of its forces.

On Thursday, Colombian President Iván Duque told private radio station La FM that only a small group of the former Colombian soldiers linked to the killing knew it was going to be a criminal operation. He said the others were duped and thought they would be traveling for a mission to provide protection.

“Once they were over there, the information they were given changed,” Duque said, adding that “they ended up involved in these unfortunate events.”