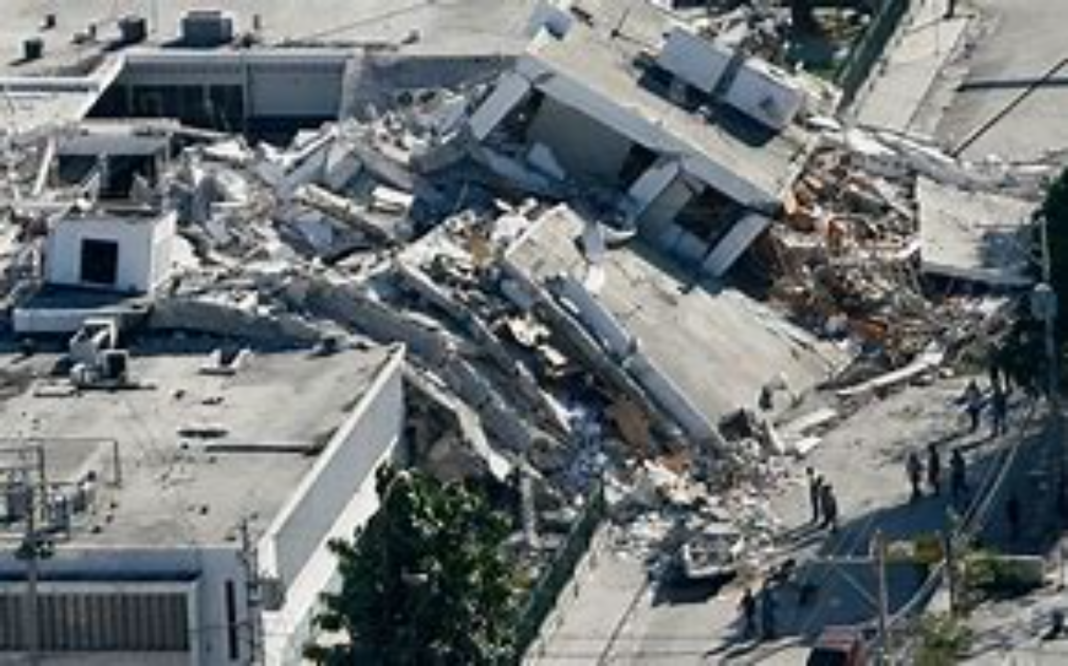 A deadly earthquake in Haiti over the weekend has dealt another devastating blow to the nation mired in political crisis.

At least 1,297 people have died and more than 5,700 are injured following the earthquake. Tens of thousands more are displaced — officials say over 7,000 homes were destroyed and 5,000 are damaged. In some places, rescue efforts have been affected by landslides cutting off roads. Now Tropical Depression Grace is on course to bring torrential rains through Haiti and officials fear it could damage the country further.

Saturday’s earthquake was centered in Nippes, 78 miles west of Port-au-Prince but could be felt as far away as Jamaica. The U.S. Geological Survey said aftershocks could continue for weeks.

Chronic poverty, widespread gang violence and political instability will complicate the nation’s ability to recover from the latest disaster. The government is particularly fragile after Haitian President Jovenel Moïse was assassinated in July. The country is immersed in political turmoil as none of the suspects detained for the assassination have been taken to court, over a month after the president was killed–raising questions about how the country can come together in times of political and natural crises.

Like the rest of the world, Haiti is also still in the middle of the coronavirus pandemic. Vaccinations for COVID-19 had begun less than two weeks before when the earthquake struck. Officially, Haiti has seen more than 20,500 COVID-19 cases and 570 deaths according to Johns Hopkins University, but a lack of robust testing suggests that the true number is far higher.

As the crises across Haiti compound, here are some ideas for how to help:

How to avoid charity scams