Home Politics Halyna Hutchins:Who gave Alec Baldwin a gun with a live round in... 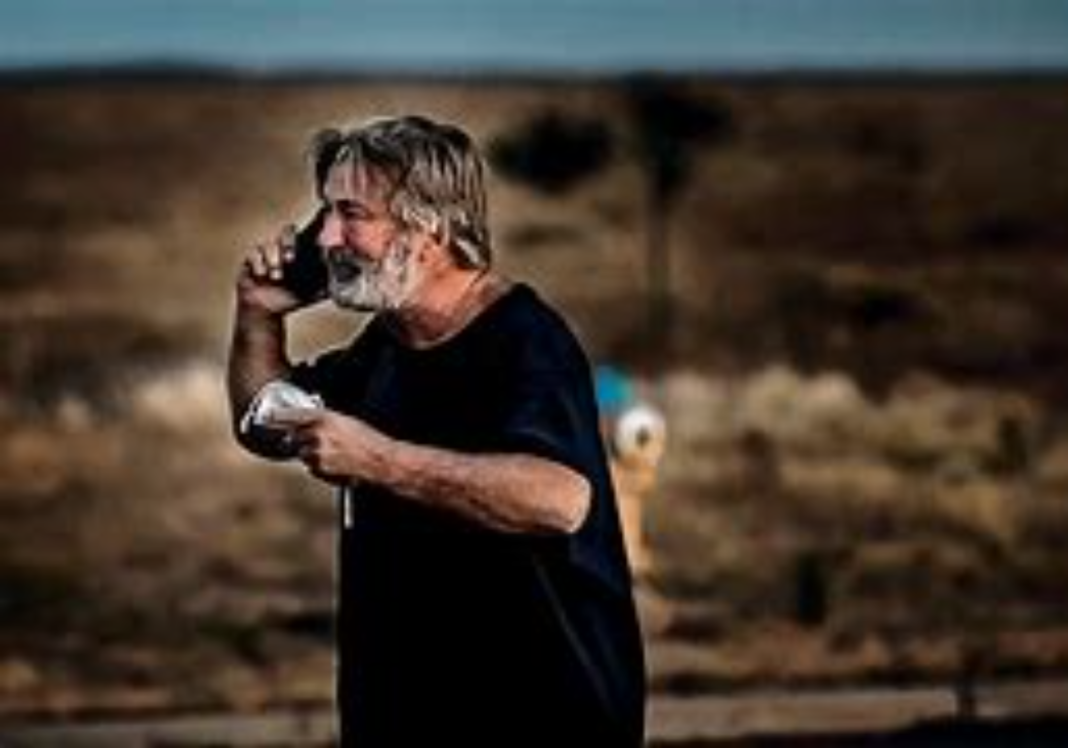 I woke up to the news this morning and had two thoughts:

1. It’s extremely weird that there’d be two victims in an accidental shooting
2. Alec Baldwin is a notorious hothead

You can combine those two facts into a sinister scenario easily enough, especially if you spend time on the Internet and are accustomed to assuming the worst. Maybe he was arguing with the director and cinematographer over a scene, his temper flared, and in the heat of the moment half-jokingly pointed his prop gun at them and pulled the trigger to demonstrate his displeasure. And maybe, without realizing it, he was close enough to them that the blanks in his gun were able to do damage, as happened to Jon-Erik Hexum when he fatally shot himself many years ago. Bang-bang, just like that.

But there’s a less nefarious scenario too. The prop guy hands Baldwin a gun — loaded, unbeknownst to him, with a live round. The director tells him to point the gun towards the camera for a dramatic shot of Baldwin’s character engaged in gunfire with a villain. The cinematographer is standing next to the camera, making sure the scene is well lit and well composed. The director is behind her, over her shoulder. Baldwin points and fires, unwittingly discharging a live round that goes through the cinematographer’s body and hits the director, wounding him. One shot, two victims.

The more that comes out about what happened, the more it sounds like that second scenario is the correct one. Unimaginably, there’s word this afternoon that Baldwin really was handed a “hot gun” by the person in charge of props on the film.

Cinematographer Halyna Hutchins was killed on the New Mexico set of the film “Rust” after she was shot by a prop gun fired by the film’s star and producer, Alec Baldwin. IATSE Local 44, which covers prop masters, sent an email to its members early Friday morning that said the gun used in the scene contained “a live round” and the production’s propmaster was not a member of Local 44. Director Joel Souza also was hit and injured by a bullet and was treated at an area hospital before being released…

Santa Fe County Sheriff’s Office spokesman Juan Rios told the New York Times that the incident happened in the middle of a scene that was being rehearsed or filmed. “We’re trying to determine right now how and what type of projectile was used in the firearm,” he said.

He fired one shot that hit both victims, according to Showbiz 411:

It was one bullet that discharged from the prop gun on the Santa Fe movie “Rust” and killed the director of photography and wounded the movie’s director.

An eyewitness on set tells this column that the bullet went straight through the body of DP Halyna Hutchins and into the clavicle of the film’s director Joel Souza.

If all of that is true, Baldwin’s a victim almost as much as the two people he shot were. He killed a human being unintentionally due to someone else’s recklessness and will have to cope with it for the rest of his life. He put out a statement a few hours ago expressing his sorrow:

1-
There are no words to convey my shock and sadness regarding the tragic accident that took the life of Halyna Hutchins, a wife, mother and deeply admired colleague of ours. I’m fully cooperating with the police investigation to address how this tragedy occurred and

2- I am in touch with her husband, offering my support to him and his family. My heart is broken for her husband, their son, and all who knew and loved Halyna.

Hutchins’s husband confirmed that he’s spoken to Baldwin and that the actor’s being “very supportive.” Thankfully, director Joel Souza was only lightly wounded and has already left the hospital.

The fateful question: How does a live round end up in a gun being fired on a movie set? We’ll need to know more, writes Stephen Gutowski, but the ammo that was used is more important than the weapon.

A variety of different guns are used in film productions. Those include rubber guns that don’t function at all, airsoft guns with simulated blowback, blank-firing props, and even real functioning firearms. Blank-firing prop guns are designed to only work with blanks. Many have blocked barrels to prevent a projectile from being fired through them. Real guns used as props are sometimes modified in the same way. But live ammunition improperly loaded into either kind of gun could potentially overcome those precautions.

Even a gun modified to shoot blanks that has a blank in the chamber can still kill if some sort of projectile is lodged in the barrel, Gutowski notes.

Still, if the report quoted up above is accurate, Baldwin ended up with an actual live round in his weapon. Is it possible that the film had to cut corners on trained personnel due to its low budget and ended up with a prop master on set who didn’t know what he was doing? Quote: “‘Rust’ is a Tier 1 one movie, meaning it was being produced for under $6 million. Our source says: ‘They had safety meetings every day but it was a Tier I movie, so they probably didn’t have more than 1 prop person.’ According to the imdb, there was one key medic on the staff and two stunt people.” Maybe they went cut-rate on their prop guy and he made a fatal error due to inexperience.

Although even that’s hard to imagine. If there’s any moment on set when you’re going to pay special attention to the props you’re preparing, it’s when you’re loading a gun. Could the prop master not tell a live round from a blank on sight? If not, how did he have this job?

Was he working extremely long hours and made a terrible mistake due to fatigue, maybe?

The other burning question is why Baldwin’s gun was pointed at Hutchins and Souza. Presumably it’s for the reason I sketched up above, although Baldwin must have been some distance away from the two since it’d be risky to fire even a blank at a person at close range. And if he was many feet away and told simply to aim towards the camera, the fact that he ended up hitting two people instead of narrowly missing them is horrendously bad luck. We’ll know more soon. What a nightmare.