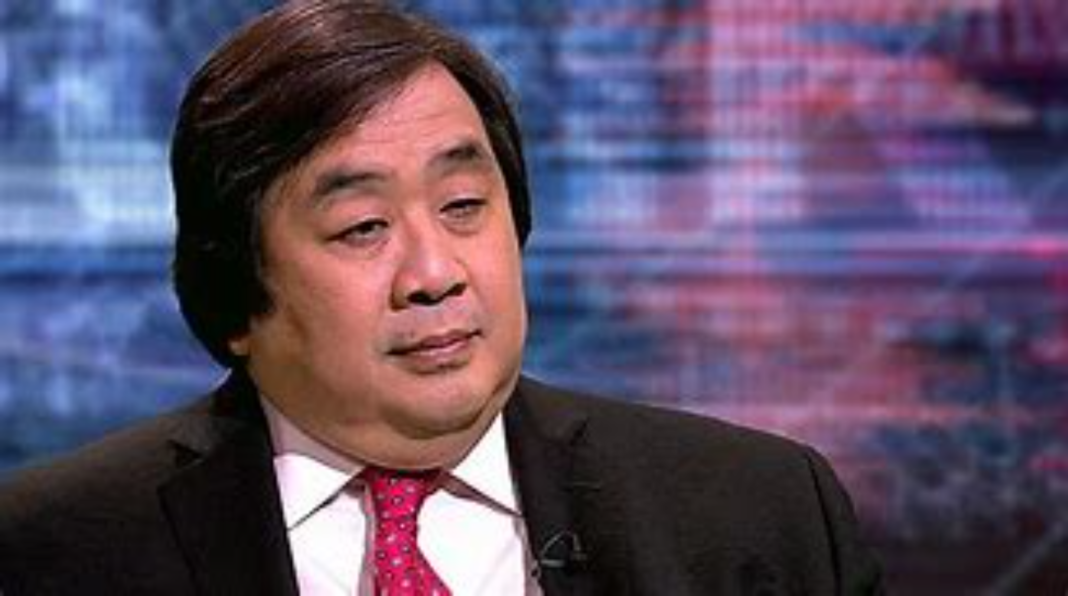 State Department senior adviser Harold Koh submitted his resignation in protest of the Biden administration’s use of Title 42. He calls the policy “inhumane”. Koh claims that the use of Title 42 to expel illegal aliens violates international law.

Title 42 was instated by the Trump administration as a way to manage the spread of the coronavirus pandemic at the southern border. The illegal aliens flooding into Texas and other border states, whether through ports of entry or crossing in areas weak on security, are not tested for COVID-19. Infected migrants put themselves, Border Patrol agents, other migrants, and the border communities at risk for the highly contagious virus. The use of Title 42 allows the administration to expel illegal aliens due to public health concerns. The policy works. Joe Biden has essentially kept the program in place, much to the dismay of his open borders supporters. Koh argues that Title 42 is not a legal tool but a public health one. He is especially alarmed that some Haitians have been expelled under Title 42.

“It simply is not worthy of this Administration that I so strongly support,” Koh said in the memo, which was dated Oct. 2.

“I believe this Administration’s current implementation of the Title 42 authority continues to violate our legal obligation not to expel or return [“refouler”] individuals who fear persecution, death, or torture, especially migrants fleeing from Haiti,” Koh argued, adding that “lawful, more humane alternatives plainly exist, and there are approaching opportunities in the near future to substitute those alternatives in place of the current, badly flawed policy.”

What I take away from Koh’s letter of resignation is that his solution to expelling illegal aliens, especially Haitians, is to simply let them all remain here. Most of it is standard leftist hand-wringing that places concerns for illegal aliens over American sovereignty, secure borders. While it is undeniable that the living conditions in Haiti are not good, the fact is that Haiti has been a humanitarian disaster for decades. The United States is under no obligation to accept everyone who shows up and process them as asylum-seekers. Most do not qualify for asylum under current immigration laws. Simply seeking employment opportunities does not qualify for asylum. Immigrants seeking a better life are required to go through the proper legal channels to do so. The Haitians are following the playbook of Central American migrants – flood the southern border and overwhelm border law enforcement agencies. They assume they will be allowed to stay because a large amount of them are allowed to do so, especially in the Biden administration. Protecting our own borders is not a violation of international law.

I have spent much of my legal career, inside and outside the government, seeking to ensure that the United States abides by its non-refoulement obligations under the Convention against Torture and Other Cruel, Inhuman or Degrading Treatment or Punishment (“CAT”), and the 1967 Protocol relating to the Status of Refugees (“Refugee Protocol”), which modifies and incorporates the terms of the 1951 Convention relating to the Status of Refugees (“Refugee Convention”). Article 3 of the CAT categorically prohibits State Parties from expelling, returning, or extraditing any person, without exception, to any State where there are “substantial grounds for believing he would be in danger of being subjected to torture.” Article 33 of the Refugee Convention, subject to certain narrow exceptions, flatly prohibits State Parties from expelling or returning (‘refouler’) refugees in any manner whatsoever to “the frontiers of territories” where their life or freedom would be threatened on one of [the designated grounds].

I write first, because I believe this Administration’s current implementation of the Title 42 authority continues to violate our legal obligation not to expel or return (“refouler”) individuals
who fear persecution, death, or torture, especially migrants fleeing from Haiti. Second, my concerns have only been heightened by recent tragic events in Haiti, which had led this
Administration wisely to extend temporary protected status (TPS) to Haitians already in the United States. Third, lawful, more humane alternatives plainly exist, and there are approaching
opportunities in the near future to substitute those alternatives in place of the current, badly flawed policy.

The White House and State Department point to the CDC’s recommendation that Title 42 remain in place as a matter of public safety. Last Saturday, the CDC reaffirmed its recommendation to keep the policy in place. It “continues to be necessary at this time.”

“Title 42 is a public health authority, not an immigration one, and that authority rests with the [Center for Disease Control and Prevention],” a White House official said of the administration’s use of the policy. “The CDC has determined that the continued expulsion of certain individuals under Title 42 is necessary due to the risks of transmission and spread of COVID-19 in congregate settings, such as U.S. Customs and Border Patrol stations, as well as the threat from emerging variants.”

Koh compares the treatment of Afghan refugees with that of Haitian illegal aliens. It’s an apples and oranges comparison, though. The two issues are not the same. The chaotic withdrawal from Afghanistan brought its own problems with the system. We were not at war in Haiti and American citizens have not been denied exit from that country. The Haitian government encourages people to leave the country, given its current situation.

Our recent efforts to assist tens of thousands of vulnerable Afghans show the best that the United States can do to protect individuals at risk in a crisis. That effort reflects the U.S. commitment to a robust refugee admissions program that “is one of the most visible manifestations of a values-based foreign policy, demonstrating American humanitarian leadership.” Yet our actions and approaches regarding Afghan refugees stand in stark contrast to the continuing use of Title 42 to rebuff the pleas of thousands of Haitians and myriad others arriving at the Southern Border who are fleeing violence, persecution, or torture.

It is not surprising that at the end of his resignation letter, Koh commends Biden’s ridiculous U.N. speech for his support of human rights, something that is traditionally included in speeches by every president, and also praises Biden’s condemnation of the Border Patrol agents doing their job at the southern border. Good riddance to this guy.