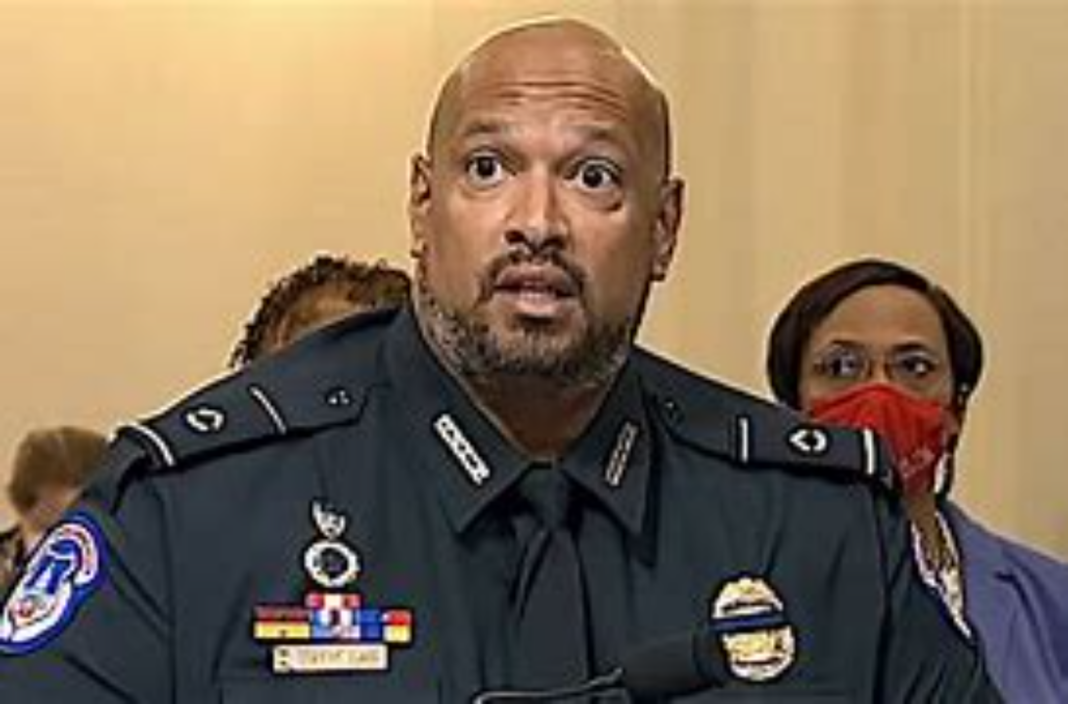 No, it’s not another failed impeachment – this time it’s even worse – her January 6th hearing, where she’s placing every Trump supporter on trial.

One of her star witnesses today was a man named Harry Dunn. He’s a Capitol Police officer, who was there on January 6th.

Mr. Dunn “cried” while he testified, and claimed, without any video evidence – even though every inch of the inside and outside of the Capitol is under surveillance – that twenty or so “MAGA” people called him the N-word repeatedly, and then mocked him for voting for Joe Biden.

OFFICER DUNN: "One woman in a pink MAGA shirt yelled, 'You hear that, guys, this nigger voted for Joe Biden!' Then the crowd, perhaps around 20 people, joined in, screaming 'Boo! Fucking nigger!'

No one had ever—ever―called me a 'nigger' while wearing the uniform of [USCP]" pic.twitter.com/EM5bqU5ILm

In all honesty, his story had a “Jussie Smollett” vibe to it.

After his testimony, some folks decided to look into Mr. Dunn’s social media activist, and they came up with a lot of very disturbing stuff.

What we discover from Mr. Dunbn’s social media, is that he’s very much an “activist” who is pushing the Dems racist agenda, full-throttle.

He also loves all the online attention that he’s getting:

He even asks people to “tune in” to his testimony, like it’s some kind of “reality show” or something:

Tomorrow I’ll be testifying before congress, and while I don’t think I’m nervous, I am definitely anxious. It will be televised so please tune in and support if you are able to.

Additionally I am soliciting your good vibes!!! Thanks in advance pic.twitter.com/D89uxfgmk6

He also hates President Trump and  Tucker Carlson, and he appears to have no issue with the BLM riots that played out for months last summer.

Mr. Dunn is an activist and a BLM supporter and even raises the “black power” fist.

Here are some of the disturbing tweets discovered on Mr. Dunn’s social media profile:

In this tweet, Harry is reaching out to Chrissy Tiegen to mock President Trump during a security threat. Calling the incident “gold.”

Very strange way. for a police officer to react to a serious threat.

Here’s a tweet where Capital Police officer Harry Dunn joked and laughed about President Trump being rushed off the stage during a security incident. pic.twitter.com/7ntXyR4Cmv

Here are a series of tweets, and one where he refers to President Trump as the “racist in chief.”

He also calls himself the “Insurrection Stopper” as if he’s a “superhero” now. Very bizarre behavior.

Is this the same Capitol Police officer who testified today?

Here are a few of his Anti-Trump tweets, including calling him “Racist in Chief” pic.twitter.com/7PCvGJerpb

In this tweet he calls out Tucker Carlson, saying he “hates” him and then refers to him as an “asshole,” and suggests Tucker is racist.

I hate @TuckerCarlson what an out of touch asshole that has no clue about anything that doesn’t look like him or agree with him. #getoverit pic.twitter.com/GS3wqAGjXq

In this tweet, Mr. Dunn responds to a Lincoln Project tweet to “caption” what Trump might be saying in a photo. Harry uses this opportunity to again mock President Trump.

But one of the most damning and disturbing tweets is where Harry shows support for last Summer’s BLM riots.

The Federalist reported that Harry Dunn, the teary-eyed U.S. Capitol police officer who testified in Speaker of the House Nancy Pelosi’s politicized January 6 committee, previously defended the violent riots that shook the nation last summer and caused billions of dollars in damage.

Clearly, this man is an activist cop, and his testimony at this point is useless and should be tossed out.

But, what’s even more concerning is that this man is tasked with protecting people inside the Capitol, where many “Trump supporters” work – and with having such nasty and strong biases, and a bizarre hero complex – not to mention all the attention that he’s seeking, is it really safe to have Mr. Dunn in that position, with a gun?

Liberman: Haredim will not at any point be part of the...