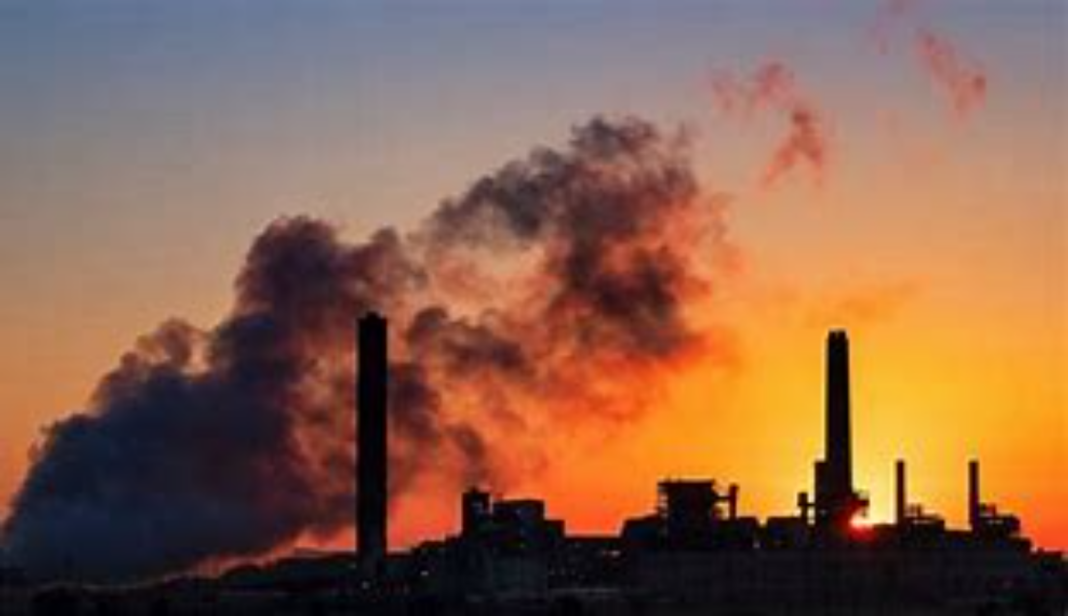 Heavy industry, a term referring to businesses that produce large industrial products and use heavy machinery such as steel making and cement, should be the key target for the application of carbon capture technology, an expert told Al Arabiya.

Carbon capture and storage (CCS) is a technology that aims to capture and store carbon dioxide emissions before they can be released into the atmosphere. CCS has usually been used in industries that contribute a large amount of carbon emissions – such as power plants. Experts have previously touted it as one method to fight climate change.

“I believe that carbon capture will be one of those things we apply across the economy … But its best application and its most useful climate application will probably be in heavy industry: In refining, steel making, in cement in concrete, these sectors we have very, very few options for,” Dr Julio Friedmann, Senior Research Scholar at Columbia University’s Center for Global Energy Policy told Al Arabiya’s Naser El Tibi.

While the theory behind CCS has existed for decades, implementation has remained slow – primarily due to the additional costs associated with the technology and the lack of regulatory support. In this regard, Friedmann believes that government policy is essential for CCS to thrive.

“The best and most important policy for carbon capture support is whatever can be legislated. I am quite serious about this,” he said.

Last year at the G20 summit, held under Saudi Arabia’s presidency, leaders agreed on the importance of using a circular carbon economy (CCE) approach to clean energy for a sustainable future. CCE envisions an economic system that eliminates waste and continually uses resources.

Once carbon has been stored using CCS, the next step is to recycle the carbon for use in other projects, as suggested by CCE. Friedmann noted that some applications for the recycling of carbon dioxide have already become commercially successful.

“Some applications for CO2 recycling are commercial today. For example, putting carbon dioxide into concrete and cement manufacturing, these sort of novel formulations from companies like CarbonCure or Solidia or Carbon8, these already are at commercial parity with what the market will provide,” he said.

However, these technologies are still in a relatively nascent state of development, with Friedmann noting that more investment is needed for these recycling technologies to hit the market.

While CCS is relatively old as an idea, the technology itself has continued to develop. Costs have dropped rapidly in recent years, a key metric that will help the technology gain greater adoption.

“One class of technologies that has moved very quickly are sorbent-based technologies, these have in the past been solid amines, increasingly we are seeing things like metal organic frameworks becoming of interest,” Friedmann said.

Other technologies that have seen big jumps in development are also electrical string absorption and cryogenic methods of CCS, Friedmann said, both of which are important because they run on electricity and don’t require heat.

“Many people imagine CCS as some static big heavy industrial process, what we are seeing instead of people moving towards these electricity-based modular, small footprint technologies. An interesting byproduct of all of these technologies is that they release fresh water, so they have byproduct fresh water from their operation. In some parts of the world, notably in the Gulf states, this can be a very valuable aspect of the technology,” he said.

Oil and gas industry too slow

For CCS to be successful, the oil and gas industry needs to also implement the technology. Friedmann explained that while the oil and gas industry creates five billion tons of carbon dioxide every year through the use of its products, the world would also need to have five billion tons a year removed through carbon dioxide capture in a circular carbon economy.

“I believe the oil and gas industry has stepped up its game, it’s been heterogeneous, some companies have been more proactive than others on CCS, for example Shell, Total, Equinor, BP, OXY has been a leader, we have begun to see companies like ADNOC, and Aramco get more into this carbon capture technology arena, that’s all very welcome. I would also say it has been very slow and it is nowhere near large enough,” he said.

Oil and gas firms need to “spend more money on pilots, on infrastructure, build hubs and centers to do industrial carbon capture and they have to find new markets and new partners,” Friedmann added.

The industry has, however, begun to enter partnerships in some industries, which has already led to the building of some zero-carbon hydrogen manufacturing facilities. Hydrogen is expected to play an important role in future decades as part of the global energy transition, but has been hampered by the cost required to get the technology off the ground.

“Blue hydrogen is something where you can scale very quickly and the oil and gas industry has a terrific opportunity,” Friedmann said.

Hydrogen production is divided into three different types – green, blue, and grey – and is then used as an energy source. Green hydrogen makes use of renewable energy technology to split water and create hydrogen. This differs blue hydrogen, which is created through splitting methane, creating greenhouse gases which are stored using CCS technology, and grey hydrogen, created in a similar way to blue hydrogen but with greenhouse gases released into the atmosphere.

For blue hydrogen to be successful, CCS technology needs to be as accessible to implement as possible. Friedmann sees a future where the world uses both blue and green hydrogen for its energy, but that the mix between the two has yet to be decided.

“We are going to determine how much money we put into these things, which policies we prefer, where we will build infrastructure and how big we will make it. That will really determine the future of hydrogen and with it the future of the oil and gas industry,” he said.

Team Harris is all in to make Kamala the Next President