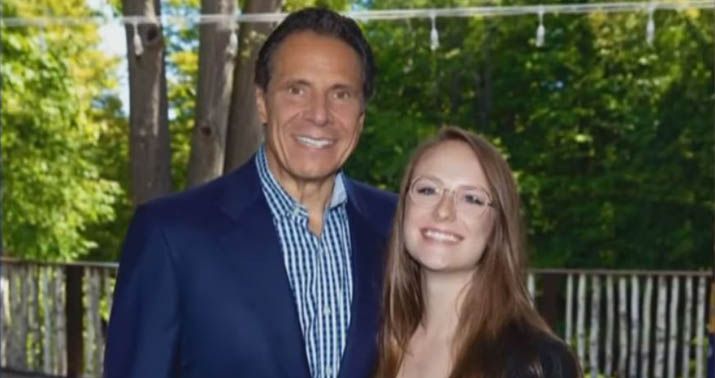 This morning we discussed yesterday’s news that two more women had come forward with allegations of sexual harassment against New York Governor Andrew Cuomo. At the time, I suggested that it was unlikely that a personality such as Cuomo’s would ever willingly admit defeat and step down, while the Democrats in the state legislature still seemed unwilling to forcibly remove him. We didn’t have to wait terribly long for an answer to that question. A press conference later in the day held by the Governor gave Cuomo the opportunity to let everyone know about his plans. There’s “no way” that he’s going to resign, so if his party wants him out they’ll have to do it the hard way. And anyone calling for him to leave voluntarily is “anti-democratic.” (NBC News)

New York Gov. Andrew Cuomo on Sunday made clear he will not be resigning after two additional women accused him of behaving inappropriately when they worked for him.

In a conference call with reporters, Cuomo struck a more defiant tone, saying demands from politicians that he resign are “anti-democratic.” Cuomo said his administration’s work in helping the state recover from the pandemic is too important for him to step aside now.

First of all, people issuing calls for someone to step down in response to allegations of disgusting behavior are not “anti-democratic.” They’re actually engaging in the democratic tradition of free speech. That doesn’t mean that you have to listen to them, but someone who actually believes in democratic principles wouldn’t tell them that their opinions are without merit or that they should shut up.

This does seem to answer the question, however. Andrew Cuomo is sticking to his guns and going full speed ahead, daring the legislature to remove him from office. But before we rush to any conclusions, it’s worth noting that Cuomo isn’t without an argument to make here. As I’ve previously said, while much of his conduct was clearly inappropriate in our current views of professional sensitivity, many of the accusations involve actions that were traditionally not seen as anything totally indefensible. Those standards have been changing significantly in recent years, but kissing someone’s hand or posing for a picture with your hand touching their lower back has really never risen to the level of sexual assault. Harassment? Today that term has a much broader definition, and none of the charges being alleged are very recent.

So does that mean Cuomo gets a pass? Not at all. Everyone is now being judged for their behavior from bygone days before these standards were in place. Cuomo isn’t an exception to the rules unless we’ve simply abandoned the idea that those rules only apply to Republicans. Al Franken can testify to the fact that this isn’t the case. But impeachment, be it at the presidential or gubernatorial level, is not a criminal process. It’s a political one. What the New York State legislature now has to wrangle to the ground is whether or not they will hold one of their own (with Democratic supermajorities in both chambers) to a different standard than they’ve held Republicans to.

Cuomo has said the words “there is no way that I resign.” Turning around and resigning in short order would be more than an ego of that size could tolerate. The female, Democratic Majority Leader of the state senate previously went on record saying that if one more woman came forward it would be time for Cuomo to go. We have a standoff in front of us. Do the Democratic leaders of the state legislative body want to “believe all women?” Or do they only want to believe women who accuse Republicans and conservatives?

I’d love to predict the answer to that question for you, but in today’s partisan environment I honestly don’t know. But it certainly appears as if Governor Cuomo is in a position where he won’t be leaving office unless he’s dragged out kicking and screaming.

Shortly after publishing this article, the state Senate Majority Leader, Andrea Stewart-Cousins, fired back, saying that it was time for Cuomo to go. (NBC News)

Hours after New York Gov. Andrew Cuomo refused to resign amid new allegations of inappropriate behavior, a group of the state’s top Democratic lawmakers questioned his ability to lead the state.

Senate Majority Leader Andrea Stewart-Cousins called on Cuomo, also a Democrat, to resign and said in a statement that the allegations he faces are “drawing away from the business of government.”

“We have allegations about sexual harassment, a toxic work environment, the loss of credibility surrounding the Covid-19 nursing home data and questions about the construction of a major infrastructure project,” she said.

To borrow a phrase from Game of Thrones, Cuomo’s list of allies is growing thin. But does the Majority Leader have the temerity to open up impeachment hearings if Cuomo refuses? We should know before too long.

Social Security To be Drained by 2034