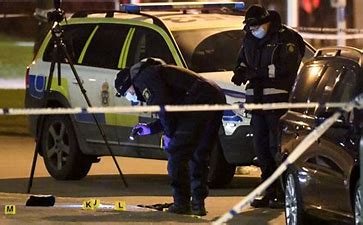 It’s not often that we have the opportunity to report on any good news coming out of Manhattan these days, at least when it comes to the subject of law and order. With the arrival of new Manhattan District Attorney Alvin Bragg and his soft-on-crime theory of prosecution, things looked to be getting even worse. But this week a criminal court judge took a stand that will likely make her quite popular with the law-abiding residents of the city when she decided to throw the book at someone.

Appearing before Judge Melissa Jackson was Hunter Robinson, a 16-year-old suspect in a violent armed robbery. Robinson, along with a gang of four of his friends, allegedly held up a fellow student at gunpoint. They stole the boy’s winter coat, his shoes, his wallet, and his phone. One of the hoodlums smashed the boy in the face with a gun and left him “frightened, barefoot, coatless with no way to call for help on a cold afternoon in January.” One of Robinson’s friends was later caught on video wearing the boy’s Canada Goose winter coat.

Strangely, Manhattan Assistant District Attorney Mary DeCamp presented all of that evidence, but then asked Judge Jackson to release the boy on surveillance with a 6 pm curfew. Judge Jackson had apparently heard more than enough and flatly denied the DA’s request. (NY Post)

“I am not granting it. I am not going to do all of that,” Jackson flatly told the prosecutor, adding, “I can’t understand why you are not asking for some form of monetary bail in a case as serious as this.” …

“I am denying the application. I’m remanding him. He is gonna have a little taste of what’s it’s like to be charged and hanging out the wrong people.”

“You are being remanded,” she told Robinson, who is due back in court Monday.

Robinson’s mother was in court and claimed that her son had just been “hanging out with the wrong people lately,” and wound up getting into trouble. She also pointed out that he’s been getting passing grades in school and has been looking into applying for college.

That may all be true, but her son is obviously doing more than “hanging out” with a bad crowd. The evidence appears to support the allegation that he took part in an armed robbery that endangered the life of another student in multiple ways. Compounding the matter further, two of Robinson’s new “friends,” later went on to shoot a cop, though thankfully he only sustained minor injuries.

This is far more than a simple case of falling in with a bad crowd and getting up to some hijinks. We’re talking about armed robbery and illegal weapons charges.

Perhaps the bigger question is why the Assistant DA was trying to get the boy let off with no bail and no time in jail. She works for Alvin Bragg, and just last week he claimed to have walked back most of his soft-on-crime policies. In his most recent memo, he said that any robbery with a gun “will be charged as a felony, whether or not the gun is operable, loaded, or a realistic imitation.” So did Mary DeCamp simply not receive a copy of Bragg’s latest memo? Or is he lying and still having his prosecutors try to keep everyone out of jail and put an end to cash bail, even for armed robbery? The public deserves to know.

Perhaps young master Robinson can still be rehabilitated and prevented from fully falling into a life with the gangs. Let’s hope so. But at least for now, he’s getting a taste of what jail time with actual criminals is like. If the family is very fortunate, maybe Judge Jackson will cause him to be “scared straight.”

What is Vaccines good for?