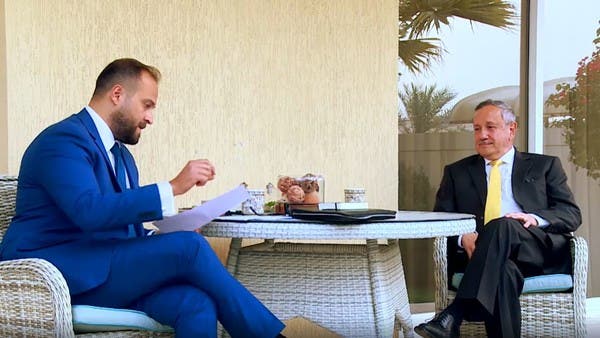 “Hama airport is the main transport hub for Iranian weaponry to Hezbollah in Lebanon and southern Syria,” according to Tlass, who also said Iranians “established an intelligence base for the revolutionary guard that is now as strong as the Syrian intelligence in the Damascus airport.”

“Hama airport is the main transport hub for Iranian weaponry to Hezbollah,” according to Tlass, who also says Iranians “established an intelligence base for the revolutionary guard that is now as strong as the Syrian intelligence in the Damascus airport.”https://t.co/1hi9B3o0S1 pic.twitter.com/P9fm7QaGD7

This reportedly happened after the assassination of IRGC Quds Force Commander Qassem Suleimani, whose plane took off from that same airport, before he was killed in Iraq upon arrival.

The mistrust between Hezbollah and the Syrian regime began after Hezbollah’s Chief of Staff Imad Mugnieh was assassinated, according to Tlass.

Syrian Army General Muhammad Suleiman was allegedly responsible for communication between Assad and Hezbollah, but it is speculated that he had relations with the Americans and Israelis, Tlass said.

According to the opposition figure, the Iranians continue to expand their influence in Syria in multiple ways.

“They are conducting a wide-mass Shia campaign targeting the youth, they are buying land and maintaining ground influence, and the Arabs should be aware,” Tlass said.

Shortly after the start of the Syrian uprising, Hezbollah members were sent by Iran to sabotage protests in Syria through infiltration to create chaos and instability.

Tlass, the son of former defense minister Mustafa Tlass, said that the Iranians were present in Syria even before the uprising, adding that there had been continuous security and military cooperation due to the relations with Hezbollah.

After having good relations with Hezbollah before the conflicts in Syria erupted, Tlass fled his home country following the start of the civil war in March 2011. This is thought to be around the same time his father left the country as well.

Tlass revealed that in April of 2011, Iran informed Hezbollah they would be supporting Bashar al-Assad whether “he was right or wrong” till the end of the crisis.

This is when Hezbollah lost its value “in the eyes of all Arabs,” according to Tlass.

“They [Hezbollah] thought what they were doing was right, but crime is never right,” Tlass added.

During Bashar’s father Hafez al-Assad’s era, the Iranians were a Syrian ally, but the Syrian regime had the upper hand in that relation, Tlass told Al Arabiya.

“When Hezbollah crossed the limits, Hafez al-Assad used to draw the red line. Hafez had the idea that Lebanon is his and that he gives space to Hezbollah to maneuver,” Tlass said.

Meanwhile, according to Tlass, Bashar was “fascinated” by Hezbollah leader Hassan Nasrallah’s character and figure.

“This is when Iran started having the upper hand in Syria because Bashar was so influenced by Nasrallah. Because of that relation between Hezbollah and Bashar, Iran’s Islamic Revolutionary Guard Corps (IRGC) Quds Force commander Qassem Soleimani and former Iranian President Mahmoud Ahmadinejad started having their major influence especially after 2007,” Tlass told Al Arabiya.

Nasrallah was reportedly astonished by what was happening in Syria when the crisis began, according to Tlass.

“Nasrallah had the idea that corruption was apart from Bashar al-Assad, but in fact, Bashar was the head of corruption,” Tlass added.

He also said that whenever Hafez’s regime had to conduct an operation, it created a Palestinian militia or a Lebanese militia that would kill or abduct. Shortly afterward, that militia would be dissolved.

“This regime was rogue. It was a regime that is not powerful in terms of building an economy for the people; rather, it is a regime based on power and chaos,” Tlass said.

“The Syrian regime is a cancerous knife in the body of Syria and a lot of blood will shed when it is removed. The regime stayed, but it stayed as a man, sitting on a chair on the hill of those displaced, but does [the regime] rule Syria?” Tlass asked.

According to Tlass, Bashar al-Assad does not want to give in to 10 percent of the Syrians’ reform demands. However, he is always “willing to give 99 percent” of Syria to the Iranians, Russians, or even Americans if he can stay in power.