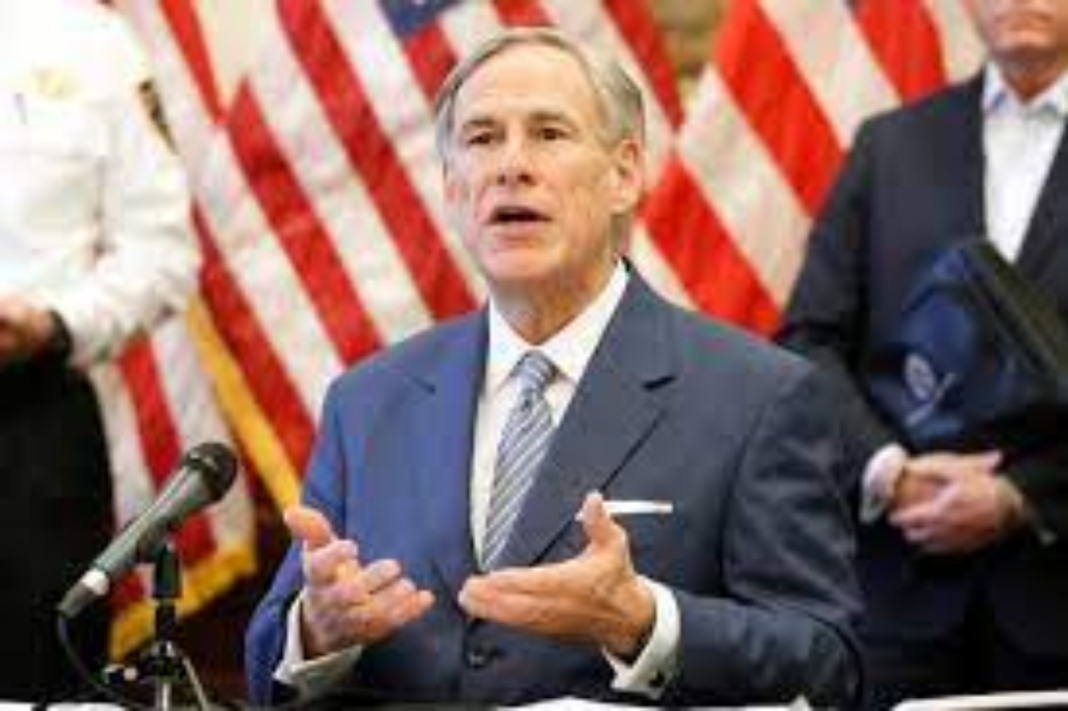 A high school valedictorian used her graduation speech to speak out against a newly signed law in her home state of Texas that bans abortion as early as six weeks into pregnancy.

The commencement speech Paxton Smith, 18, submitted to administrators at Lake Highlands High School in Dallas focused on media consumption, but she quietly changed the focus of her speech after Texas Gov. Greg Abbott signed a so-called “heartbeat ban” on May 19.

“In light of recent events, it feels wrong to talk about anything but what is currently affecting me and millions of other women in this state,” Smith said Sunday in front of her fellow graduates and the thousands of family members and friends in attendance at the graduation.

The law Smith spoke out against in her speech has been called one of the most extreme abortion bans in the country by abortion rights advocates. It bans abortion once the rhythmic contracting of fetal cardiac tissue — aka the “fetal heartbeat” — can be detected. That’s usually around six weeks, before some women may even know they’re pregnant. There is an exception for abortions in cases of medical emergencies.

The law, which will go into effect Sept. 1, would also allow anyone to file a lawsuit against health care providers or others who help a patient obtain an abortion after a fetal heartbeat is detected, such as financially or by driving them to an appointment.

The bill’s signing was applauded by anti-abortion organizations, including Texas Right to Life, which called the measure “a vital step in the road to abolishing all abortions in Texas.”

Eight other U.S. states have enacted similar six-week bans and all have been blocked by courts, according to the Center for Reproductive Rights, which claimed Texas’ law intends to “harass, frighten, or bankrupt people who seek care and those who provide it.”

“I have dreams, hopes, and ambitions. Every girl here does,” Smith said in her speech. “We have spent our whole lives working towards our futures, and without our consent or input, our control over our futures has been stripped away from us. I am terrified that if my contraceptives fail me, that if I’m raped, then my hopes and efforts and dreams for myself will no longer be relevant. I hope you can feel how gut-wrenching it is, how dehumanizing it is, to have the autonomy over your own body taken from you.”

“And I’m talking about this today, on a day as important as this, on a day honoring the students’ efforts in twelve years of schooling, on a day where we’re all brought together, on a day where you will be the most inclined to hear a voice like mine, a woman’s voice, to tell you that this is a problem. A problem that can’t wait,” she said.”

Smith was able to finish her speech without interruption from school administrators. She told ABC News on Thursday that although the surprise speech was planned, the moment was still nerve-wracking.

“It’s scary to put your face on something that is so controversial and to have an opinion about it,” Smith said. “But I felt like it was necessary.”

Smith said she never expected her speech to go past the stage, but is glad that to have the platform.

“I hope that it opens up the conversation about reproductive rights for a lot of people,” Smith said. “And I hope that people will take it upon themselves, to learn more about it and to have opinions about it and to vote in their local and state elections.”

“I feel so strongly about this, that it felt like it was the right thing to do and that doing anything else would have been wrong,” she added.

“RISD will review student speech protocols in advance of next year’s graduation ceremonies,” the district said. “The following statement appears as part of every RISD graduation program: ‘The students who shall be speaking at the graduation ceremony were selected based on neutral criteria to deliver messages of the students’ own choices. The content of each student speaker’s message is the private, voluntary expression of the individual student and does not reflect the endorsement, sponsorship, position or expression of the District or its employees.'”

Smith’s father, Russell Smith, said he was nervous his daughter was diving into the divisive subject of abortion, but felt “immense pride” watching her speak her mind.

“Immense pride but at the same time not a darn bit surprised,” Russell Smith told ABC News. “She has always been an outspoken individual who is always capable of speaking her mind in front of any individual.”

“She is always the person who is the first to stand up for anybody who was being unjustly persecuted or otherwise, so for her to stand up and take a stance like this and to take advantage of an opportunity like this to make the best possible impact on the best possible topic she could, I’m not even remotely surprised,” he said.

Paxton Smith plans to attend the University of Texas-Austin in the fall, according to her dad.