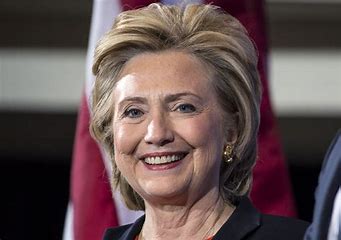 Former Secretary of State Hillary Clinton weighed in on women at the ballot box and women’s rights in a recent interview, saying “We’re not going back.”

In her interview with The 19th, a nonprofit news group that focuses on women’s issues, Clinton spoke about the power dynamics at home and abroad while encouraging women to run for elected office.

“I really, truly believe that when women are denied their basic rights anywhere, it gives heart to those who want to take away rights somewhere else,” she said.

She also added that she hopes to see a female U.S. president in her lifetime. However, she will only vote for a woman who shares similar political views.

Hillary Clinton discusses President Biden’s “MAGA Republicans” speech on “The View,” in September. In a recent interview, she praised women legislators and said “We’re not going back” amid large gains for women at the ballot box. (ABC’s “The View”)

“I hope it’s the right kind of woman,” she said.

The former first lady also praised House Speaker Nancy Pelosi, who is giving up her leadership role once the New Congress takes over next year, and Vice President Kamala Harris.

“It’s always hard to be the first — I’ve got the scars to prove it — she knew it was going to be a hot spotlight,” Clinton said of Harris. “I think she’s handled herself with real grace and done what she could to make sure that the president’s agenda has been quite successful.”

The publication noted that women played a major part in November’s midterm elections in which inequality and abortion and gun rights were of concern for many voters.

She pointed to victories in Kansas, Michigan and Kentucky, which each had measures to protect abortion access.

“We’re not going back,” Clinton said of the message sent by female voters. “If we don’t have representation and we don’t have women’s voices helping to shape the debate, then we leave a vacuum.”

Afghanistan: Al-Qaeda terrorists are in Kabul to form a New gov’t

To Save Democracy And Achieve Unity, Senate Democrats Must Kill The...

Taliban: Biden must leave Afghanistan by August 31 or else there...