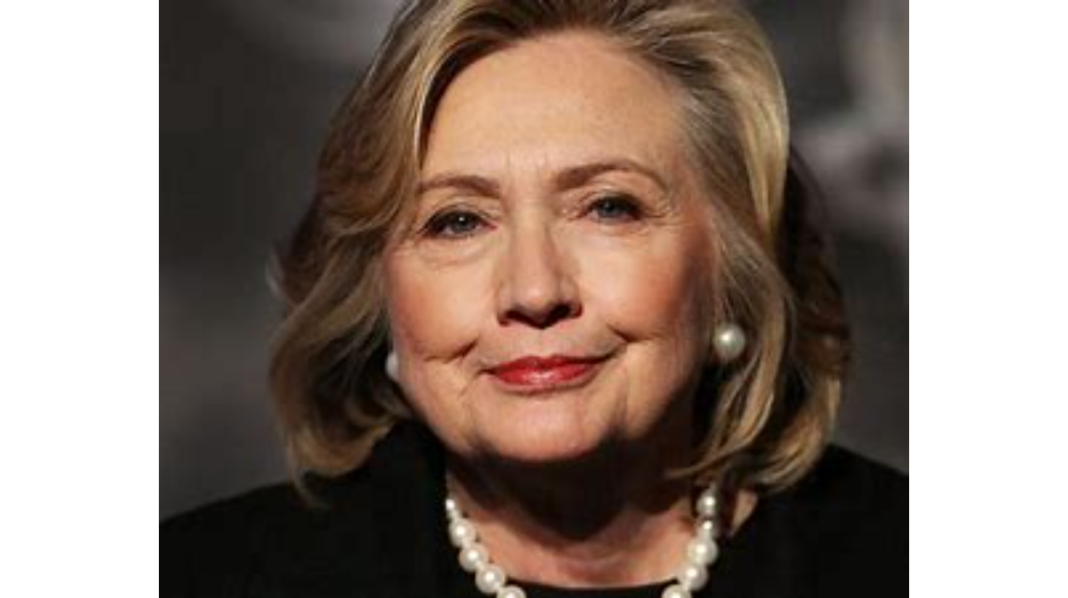 Many people think something is going on with Hillary Clinton lately.

She’s back online, begging for money for the Clinton Foundation, she looks like she’s had some “work” done, and she’s throwing Joe Biden under the bus, claiming his White House isn’t “sane” or “prosperous.”

Rumor has it she and Kamala are talking daily and that she wants to be Kamala’s “VP” if Joe doesn’t make it through his entire term… and the way things are going, he might not.

Between his horrid poll numbers and his mental fitness, Joe could be making an “early exit” whether he likes it or not.

But just the fact that Hillary has been so “front and center” suddenly, has many people very suspicious.

And her latest “New Year” tweet definitely has people talking… not because it said anything amazing, but because of the photo Hillary choose to use.

She claims she’s “looking ahead,” but the photo she picked, is definitely all about the past.

Here’s what Hillary said: “Looking ahead to 2022. Wishing you a happy, healthy, and fabulous New Year.”

Then she posted a photo of herself that’s probably some 30-years-old.

Looking ahead to 2022. Wishing you a happy, healthy, and fabulous New Year. pic.twitter.com/eAuCATnoVW

This tweet definitely got some attention, but probably not the type Hillary wanted.

“I’m wishing for a 2022 of happiness, health, and fabulousness as well. And, for you and your husband to finally receive the justice you deserve. I think I speak for many of us. Happy New Year.”

“Ummmm…more like looking ahead to 1973. Americans are looking forward to Republicans taking the House and Senate.”

“You belong in prison you piece of trash.”

“Looks like someone’s been messing with the Flux Capacitor.”

“This is how everyone looks in a movie right before they order a hit on somebody.”

What a bizarre photo for Hillary or her Handler to use.

I think Hillary is trying to send a message of how “strong” she is, as she and Kamala plot.

And so she dipped into her old stash of pics because sending this more accurate one wouldn’t really help her cause:

I know Dems like to play “Truman Show” with their politics, but I don’t think Hillary will have much luck convincing all of America that she’s a young, sassy lady from the early 90s.

Mike Pence: Democrats shouldn’t use January 6 to discredit the aspirations...

State Department:We don’t Know how many Americans are in Afghanistan