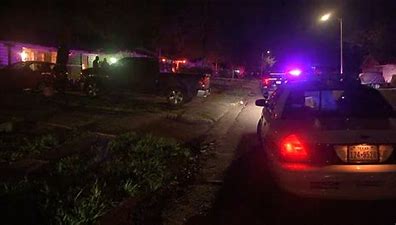 A California homeowner fatally shot an armed intruder who kicked down his door Tuesday while he and his wife were eating breakfast, authorities said.

The Fairfield Police Department in California received a call around 8:30 a.m. from a resident about a home invasion.

The married couple in their 60s were having breakfast when they heard a knock at the door, according to police. Suddenly, a 27-year-old male from Suisun City attempted to kick down the door.

“The husband, fearing for his and his wife’s safety obtained his legally owned firearm to defend them,” Fairfield Police said. The intruder finally managed to kick the door in and entered the home. The husband then fired at the intruder, according to police.

The homeowner then immediately called police and reported that he shot the intruder who then fled the scene. (RELATED: ‘This Is My House’: Naked Man Breaks Into California Mansion, Kills Pets And Swims In Pool)

Police checked on the couple and then located the intruder across the street. Authorities said they found a loaded semiautomatic handgun with an extended magazine in the intruder’s possession. Officers began performing life-saving measures, but the suspect was pronounced dead around 9:00 a.m.

Police said the intruder had been on parole for a violent crime out of Alameda County.

A similar incident unfolded in nearby Modesto days earlier when a man broke into a home Friday and was fatally shot and killed by the homeowner in a gunfire battle, according to the Stanislaus Sheriff’s Office.